The Nation has been consumed by gifs of late and it’s all Chad Dotson’s fault. Well, actually I can’t know that for sure Ã¢â‚¬â€ it could be Jason Linden or Steve Mancuso or one of the other editors with keys to the Twitter machine. Regardless, on September 4, 2018, someone decided to tweet this:

The results were outstanding. My personal favorite came from Joe DaFazio and speaks to the Reds utter inability to get anyone out but themselves:

Anyway, the very next night, a new gif war began. This skirmish began with a joke about me begging for views while Matt Wilkes earns his the old-fashioned way, which while true is also impolite to point out in public. Then Jason Linden (the true culprit of the original gif tweet I’m betting) sent this into the void:

I request that a gif WAR now commence. Wes and Matt, go. I shall judge the winner.

No winner was judged. Jason lied. The war was put on hold and now all of Reds Twitter is a DMZ.

While we wait for the ceasefire to lift, I figured I would utilize my gif arsenal for good and apply it to our favorite bad baseball team. With three weeks left in the season and no Nick Senzel coming up the pipeline, 2018 is effectively over for the Reds, which makes this as good a time as any to do a recap of the season’s inflection points. Five storylines, five gifs, five paragraphs of pseudo-analysis that tries to spin this all as if the seams didn’t come apart on day one.

1. The Price was Wrong

It took all of 18 games for Bryan Price to find himself the proud owner of a pink slip out of Cincinnati. Price complied a 279-387 record during his 4+ seasons at the helm of the Reds and only finished above the NL Central cellar once…when he finished fourth.

Price began his managerial tenure with a lot of hope and promise. He was a former pitching coach who knew these young pitchers and could bring out the best in them. He was a man theoretically open to new ideas, not the bunt ’em over, get ’em in strategy of the 1950s. He was a quiet man prone to fits of passion, which endeared him to some but alienated others.

But the pitchers never developed, the new ideas never came, and the fits of passion were always oddly timed and never facing quite the right way. Price’s tenure makes me wonder how much of a tug-of-war happens in the Reds’ corner offices daily, with the front office wanting one thing, the owner another, and the manager just a man in the middle trying to please all of his many bosses.

I won’t claim to know what’s going on with Luis Castillo, but Matt Wilkes makes a decent argument for what’s causing his struggles. The Reds will ride or die by their young right-hander next year, so let’s just hope he can maintain some consistency.

Again, another Redleg Nation writer has far more expertise on this particular note than I do, but Joey’s sudden lack of power makes for one of the more compelling storylines moving forward. Is Votto a less complete player without the power? Yes, most definitely. Does that matter at all to the Reds’ 2019 chances? Probably not.

Eugenio Suarez’s breakout as a legitimate star tempers much of the Votto hysteria. Of course the Reds would be better if Votto was the usual self we’ve come to love, but he’s still the best hitter on the team and now is surrounded by improving sluggers. (I lump Jose Peraza into that category as well.)

Homer Bailey hasn’t single-handedly already sunk the 2019 Reds’ rotation, to be fair. Bob Castellini has done that by allegedly ordering Bailey’s continued presence in the starting rotation. Small-market or not, the baseball-savvy move would be to release Bailey and just pay the sunk cost of his contract.

To give you more of an indication as to how bad Bailey has been beyond the Reds’ 1-18 record in his starts, the Texan has only struck out three more batters than earned runs given up (75 to 72), has already given up more home runs than he did in 2013 when he pitched over 100 more innings, and is in the bottom 1 percent of the league for hard hit percentage allowed.

The money is in the furnace in other words, no use trying to salvage it.

Either we all look back and laugh on the Matt Harvey era as a weird quirk of the bad old days, or we replace every mention of “Homer Bailey” in the above paragraph with “Matt Harvey.” This only ends one of two ways.

For those wondering, I finished 1-19 in my fantasy league this season. Though I did pull off a heist at the trade deadline, sending Shohei Ohtani and Joey Gallo away in exchange for Alex Wood, Adam Eaton, Luke Weaver, and Luis Urias. Take that everyone else.

And, in the only war with Matt Wilkes that actually matters, I still hold the lead. “Scoreboard,” one might say. 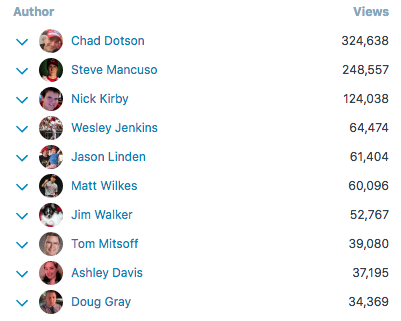