First, I must apologize. Last week, I had the flu and thus no Rain Delay was Regularly Scheduled. Your weekly intake of lame jokes and annoyingly specific pop culture references was stripped right from your hands, and let’s be honest, most of you were probably happy to see it go.

But now it’s back! Quiet down, quiet down Ã¢â‚¬â€ groaning that audibly isn’t polite.

I’m still chasing Matt Wilkes for the fifth spot in these ever-aggravating author view rankings, though in the interim, I’ve slipped a significant 5,000 views behind. The future looks bleak.

Johnny Cueto will not allow you to go Full Throttle! pic.twitter.com/C5ExFoMC5f

Ã¢â‚¬â€ making me long for the days that Johnny Cueto was a Red, regardless of his waning abilities in the present. Cueto was easily one of the most entertaining Reds in my lifetime, from his shimmies to his dugout pranks.

With two weeks left to go, I figured now is as good a time as any for some reflection and a neat, little ranking of the top ten Reds from recent memory that I would most like to have back on the team.

Remember when Mike Leake never pitched in the minors and then won something like his first six Major League games. I could be writing revisionist history, but I’m pretty sure Mike Leake was the best pitcher to ever don a Reds’ uniform.

I consider this to be the Bronson Arroyo Participation Trophy because technically Arroyo is still on the Reds so I can’t want to have him back on the Reds. Leake is a good stand-in though. He has the hair for it.

Ryan Hanigan is the only professional sports player I know, and will ever know, that got a contract from an open tryout. I’m sure there are others, but Hanigan will forever be the Rudy of the baseball world to me.

Hanigan was never good by the strictest definition of the word, but he was dependable which has to count for something. He has a spiritual successor in the Tucker Barnhart, so the Reds really don’t need him back, but it would be fun nonetheless.

Ever since Sam LeCure left Great American Ballpark, the Reds’ facial hair has been collectively lacking.

LeCure also has a beautifully literal Twitter presence, which I appreciate because too many people try to be too sarcastic and I can never tell what’s actually happening. Just give me a song of the day and some cold, hard FACTS.

Since leaving the Reds, Edwin Encarnacion has hit .266/.358/.519, which isn’t earth-shattering by any means but imagine if the Reds had kept him for the past nine years? We would’ve lost out on Todd Frazier sure, but there also would’ve been a whole lot more parrot home run trots and I think that’s worth it.

Edwin's 20th blast of the season puts us on the board. #RallyTogether pic.twitter.com/iRmSvJJAtZ

The ToddFather was perhaps the happiest Red to ever play in GABP. Add in his home run derby win and he’s probably the most beloved Red of the past decade. Trading him will always have been the right decision, but man would it be nice to see Todd get a curtain call in Cincinnati somewhere down the line.

Maybe this is just me, but I loved watching Adam Rosales sprint around the bases after a home run more than just about anything else that ever happened in Reds baseball. It always made me question what the human limit would be for circling the bases.

I remember back in middle school, we would have drills where our coach would time our full sprint from home to home, and the fastest I ever saw anyone do it was 14 seconds. That’s also about what Adam Rosales averaged if I remember right, but he by no means was running full speed.

I think if Billy Hamilton went full speed, he could probably get home in under 10 seconds. I have no scientific evidence to prove this, but I believe it in my core and will fight you on it.

Whatever your personal feelings are toward DatDude aside, he was easily one of the most entertaining Reds of all time. From his defensive wizardry, to his Twitter antics, to his on-field shenanigans, BP made the game fun. I think this might be the one case where the player would have no desire to return to Cincinnati, but I for one would be in support. 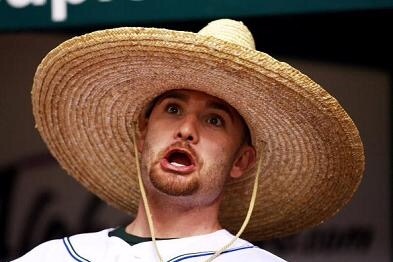 Gets me every time.

I know I’ve already put too many tweets in this post, but bear with me for one more:

I will never understand why the Reds willingly traded this man. (I do understand.) Johnny Cueto was the best homegrown pitcher the Reds have had since the turn of the century, and we got three guys who are looking more and more like busts in return. (Which, to be fair, couldn’t be predicted.)

If there is any way at all that in the next five years Cueto could be brought back on an Arroyo like deal, I will purchase three season ticket packages Ã¢â‚¬â€ one for me, one for my Johnny Cueto cut out, and one for Johnny himself on the days he doesn’t pitch.

what a time to be alive pic.twitter.com/IsNgdEcgMb

I lied. I would prefer Adam Dunn starting five days a week than Cueto. As the Washington Generals are fond of saying, ‘If you can’t beat them, humiliate yourselves for the entertainment value of the paying fans.’

Major League Baseball is going to take a fine here after a young girl was hit by a Todd Frazier foul ball the other day. There’s really no reason for stadiums not to have extended netting when players are capable of launching line drives at velocities above 110 mph. Kudos to the Reds for announcing their intent to install more safety netting, but this policy should be a mandate from league requiring universal change.

Fine: Install the netting and pay for the girl’s medical bills. No jokes here.

Fantasy Baseball Ã¢â‚¬â€ I’m out of the running this year but trading for Rhys Hoskins now feels like the most brilliant thing I have ever done.

Authorial Views Ã¢â‚¬â€ As mentioned above, there’s a long road ahead: 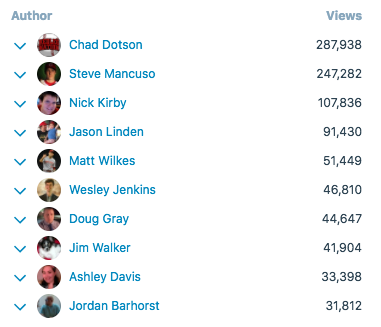