There’s a theater in St. Louis that all through the summer and up until Halloween screens cult classic films every weekend at midnight. Each weekend brings a different film and a different crowd. There was Office Space, The Room, and My Neighbor Totero already this year. The whole event culminates in a two-weekend extravaganza for The Rocky Horror Picture Show, but I love it more for the other films I’d forgotten about.

With Players Weekend starting up, I’ve been thinking about Reds both past and present, imagining what some of the Reds back in the day would’ve put on the back of their jersey. That exercise can only take me so far though, and after watching Spirited Away as part of the film series this past week, I began to wonder: Who is the most cult classic Reds player?

Because I feel the need to stick things in segments whenever I write these posts, we will continue that trend. This week, however, this segment is nothing more than a determination of which Red from my (conscious) lifetime Ã¢â‚¬â€ i.e. 2000 to now Ã¢â‚¬â€ is the most cult classic.

Before getting the the top five cult classic Reds though, here are some things I learned while scrolling through past Reds’ teams Baseball-Reference pages:

And on that depressing note, here’s the top five cult classic Reds!

Aaron Harang is the first ace pitcher I ever knew and that is the saddest sentence I have written in 2017. In hindsight, the Aaron Harang days were the best. He was dependable, durable, and non-confrontational. He even led the National League in strikeouts once!

Would I want vintage Aaron Harang on the Reds’ roster next year? Probably not, but he’d definitely be the preferable option to 2017 Bronson Arroyo.

When I first started watching the Reds religiously, Paul Janish was the starting shortstop, which probably explains my fondness for him. I also absolutely hated him when he played for the Reds.

Since he’s been gone, Reds’ fans have come around on old Paul (I think), but I think we all still prefer Zack.

If anyone disliked Norris Hopper back in the day, please kindly leave the building. First of all, you cannot dislike someone with the name Norris Ã¢â‚¬â€ they’ve suffered enough. Second of all, as much as we like to disparage bunt hits, it was never not exciting to watch Norris fly down the line after dropping another bunt single because he knew he had the hitting ability of a guinea pig.

We all disparaged Norris Hopper because really he just wasn’t a Major League caliber player. But imagine if Billy Hamilton could bunt like Norris. The possibilities would be limitless.

I’m still unclear as to whether Jonny Gomes was any good, but he was easily the most entertaining Reds player the team has had this millennium (Joey aside). 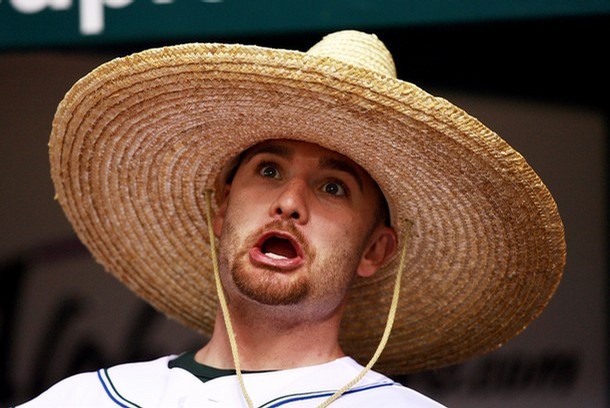 …just look at him.

Did you really expect to see anyone else at the top of this list? There’s a goat with braces named after him. He’s been transformed from a miserable starting pitcher to a symbol of a miserable outing and somehow is beloved for the latter role? I don’t know but Eric Milton is the definition of a cult classic Red. He’s The Room of Reds.

If you have a suggestion for a better cult classic Red, feel free to leave it in the comments. Also, please suggest older cult classics. Can’t say I’ll share your nostalgia, but might as well try.

Usually I reserve this section for Reds related occurrences, but the Dodgers just let Rich Hill take a no-hitter into the 10th inning because they couldn’t muster one measly run of support, and then Cincinnati’s own Josh Harrison sent a walkoff bomb.

After 8 innings: Perfect game
After 9 innings: No-hitter
After 10 innings: A loss

Life comes at you fast.

Fine: The Dodgers must forfeit their playoff spot to the Reds. Or, like, buy Rich Hill something nice. But the first option would be preferable.

Fantasy Baseball Ã¢â‚¬â€ This stopped being relevant a while ago I don’t know why I still include it every week.

Authorial Views Ã¢â‚¬â€ I’VE BEEN USURPED. But 75 views is manageable. I’ll be back in the driver’s seat soon enough. 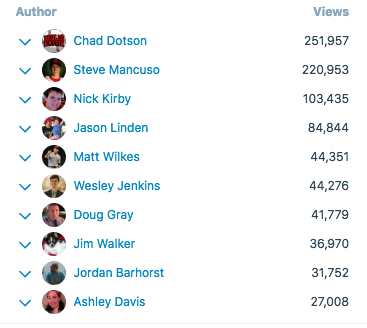