Mesoraco is putting together one of the best seasons ever by a Reds catcher, and certainly the best offensive season since Johnny Bench. Here are the numbers: 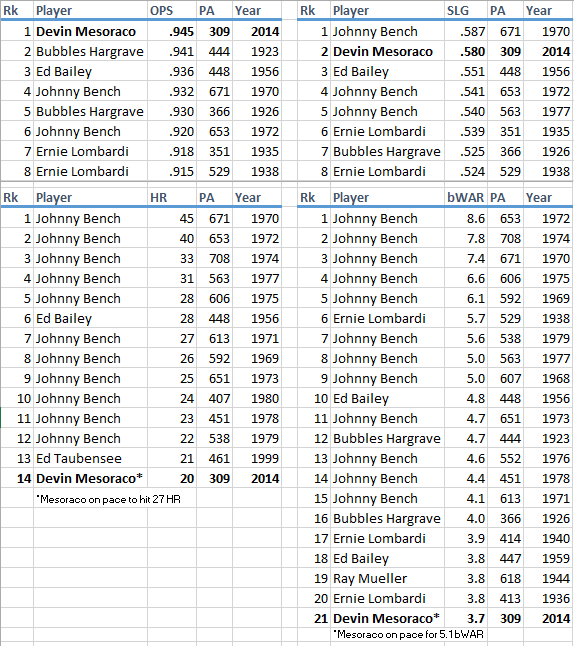 As good as Mesoraco has been, it is crazy to think about the numbers he could have put up if he would have been healthy all season. Mesoraco is only on pace to play in 108 games. He has a 13.8 AB/HR, which is the highest in the NL (3rd highest in the MLB behind Encarnacion and Abreu). If you pro-rated Mesoraco’s stats this season to if he had 650 PA, he would have 41 HR and 125 RBI. If you pro-rated his bWAR to if he played in 147 games, likeÃ‚Â Bench did in 1972 when he set the Reds record for bWAR in a single season of 8.6, Mesoraoco would have a 6.9 bWAR.