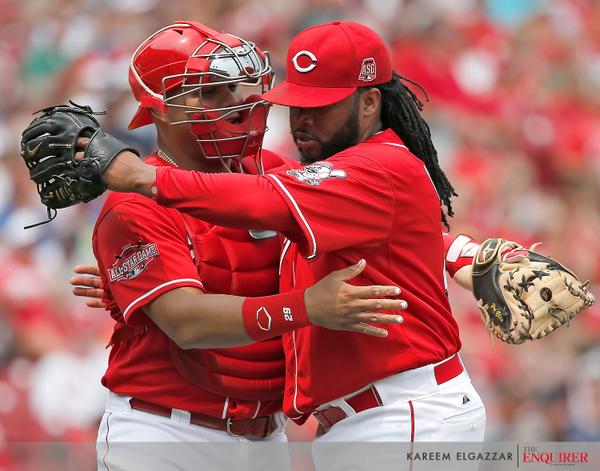 Johnny Cueto pitched eight brilliant innings for the Reds, allowing just one lone run. Cueto struck out eight Twins batters, while walking only one. Aroldis Chapman pitched a perfect ninth, but was aided by a nice diving catch by Billy HamiltonÃ‚Â to end the gameÃ‚Â (video). 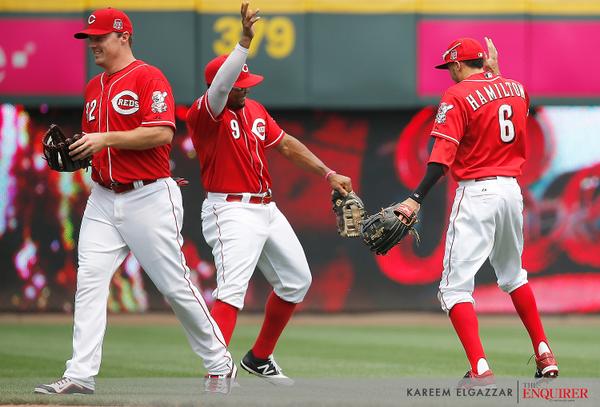 The Reds offense was held pretty well in check, as they collected just six hits. Joey Votto had a sacrifice fly in the third inning, scoring the Reds first run. The second run came on a throwing error by Twins catcher Chris Herrmann. He was trying to throw out Billy Hamilton stealing third base, but the ball sailed into left field. The brutal part of that for the Twins was that Votto walked on the pitch, and with Brandon Phillips on first base, the throw didn’t even matter. 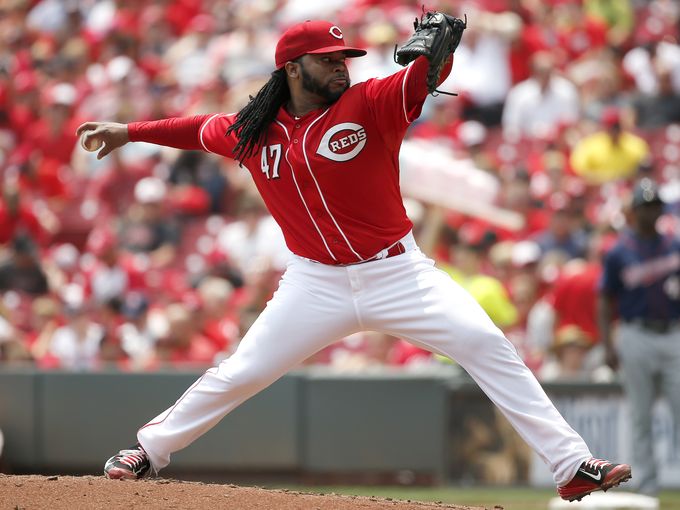 Johnny, Johnny, Johnny.Ã‚Â You simply can’t say enough good things about Johnny Cueto and the career he has put together for the Reds. With every start feeling like it could be Cueto’s last, now is a good time to sit back and think about just how good Cueto has been. Cueto now has a 2.84 ERA and 3.26 FIP on the season. Cueto’s consistency (when healthy) over the last five seasons is a thing of beauty.

Billy HamiltonÃ‚Â can play some really good defense. That is an understatement. Oh, and Billy had a walk today. Billy walked three times in the series.The only Reds pitchers who started 10+ games in five or more seasons with a sub 3.00 ERA are: Bob Ewing (8), Bucky Walters (7), Jose Rijo (5), Jim Maloney (5), Noodels Hahn (5), and Johnny Cueto (5). That is pretty good company, and Cueto has done that in five consecutive seasons. Those other guys were all over the entire course of their Reds careers. 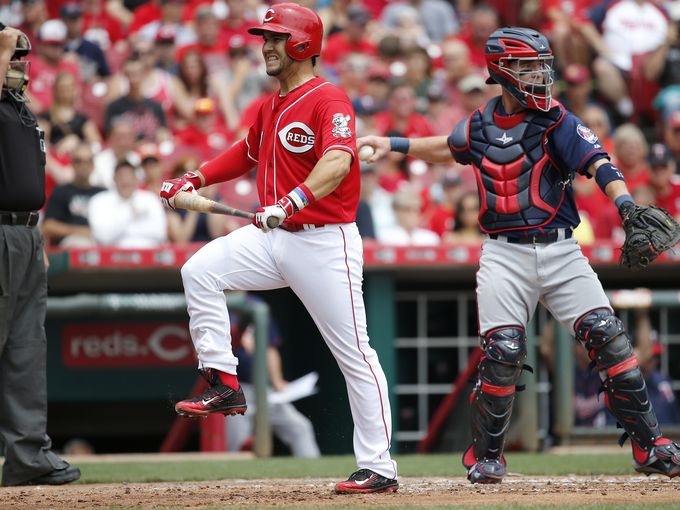 The offense wasn’t very good, but who cares right? The Reds took 2 of 3 against a team above .500.

Just wanted to say I agree with how Aroldis Chapman is being used in todayÃ¢â‚¬â„¢s game!

The Reds have an off-day tomorrow, and then begin a three game series against the Brewers at Great American Ballpark. It will be the Reds last home games before the All-Star Game.