The answer to the question posed in the title of this is probably an easy one: His dad owns more of the Cincinnati Reds than any of the rest of the gaggle of owners in the ownership group. But someone really needs to take the microphone away from him and never let him speak in public again because every time he does so he says something that would get him fired from his job if his dad didn’t own the company.

It hasn’t quite been a year since Phil Castellini asked the fans to be careful what they wish for by asking for his family to sell the team and the famous “where you gonna go” line that led to then WLWT reporter Brandon Saho’s meme-worthy “is this guy serious” look into the camera. 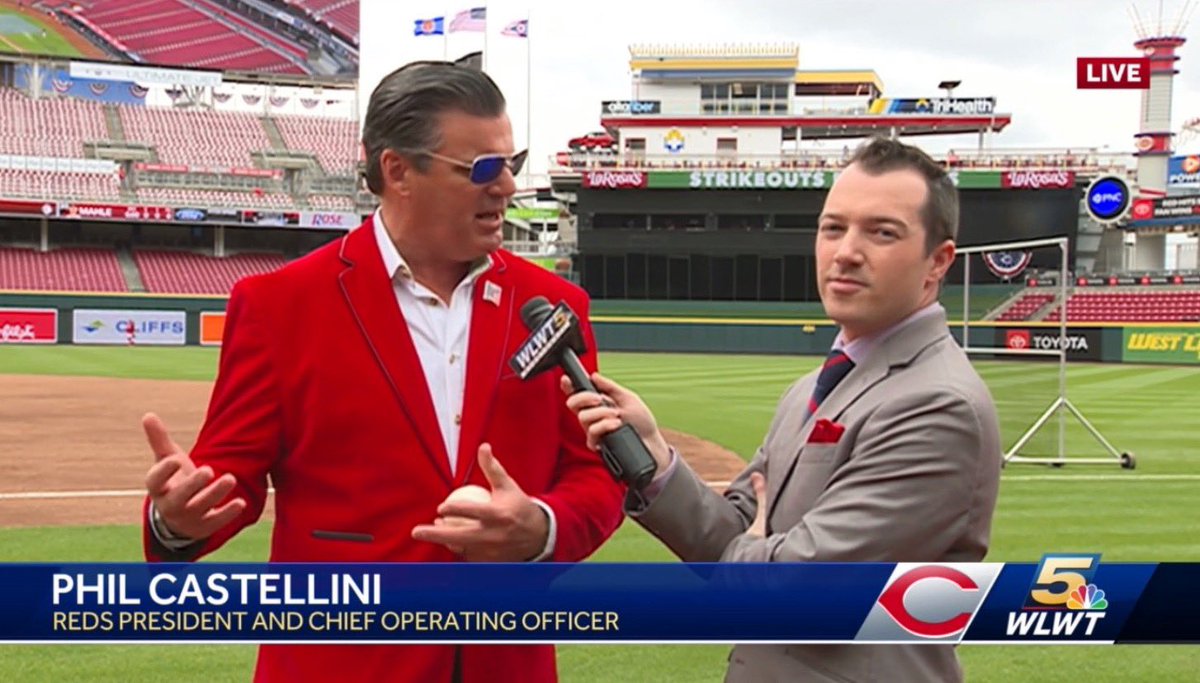 Today the Cincinnati Reds hosted a “business” luncheon for the Rosie Reds. Phil Castellini was the speaker/presenter of information and he had a lot of things to say according to those in attendance.

Amy shared several things on twitter. Let’s take them one by one.

The wording here is important because there’s a difference between an actual non-profit and a company that doesn’t “make profit”. One is a charity, which the Cincinnati Reds absolutely aren’t. And one is a company that is either incredibly poorly run or one that is good at accounting tricks and paying high-level people in ties a lot of money so the company “makes no profit”. I’d love to see the salary for Reds “employees” Bob Castellini, Phil Castellini, as well as the Williams brothers – all of whom have titles and jobs with the organization, but also have the three biggest ownership shares of the team and the other one is Phil Castellini, whose father has the biggest share. Maybe the Reds don’t put a profit number in their accounting ledger, but I would bet plenty of money those four guys are getting enormous salaries and are making plenty of “personal profit”.

Speaking of which, Phil Castellini seems to dislike the players union and guaranteed contracts.

That’s a funny thing to say coming from a man who in any other scenario would have not only never been hired for the job he has, but absolutely would have been fired after Opening Day in 2022 if his father weren’t Bob Castellini. His job is absolutely guaranteed because of his name alone.

When it comes to winning baseball games, well, Phil Castellini decided that he was going to point out how there’s been an increase in teams being out of contention by Opening Day with a fancy slide that someone else probably made for him. 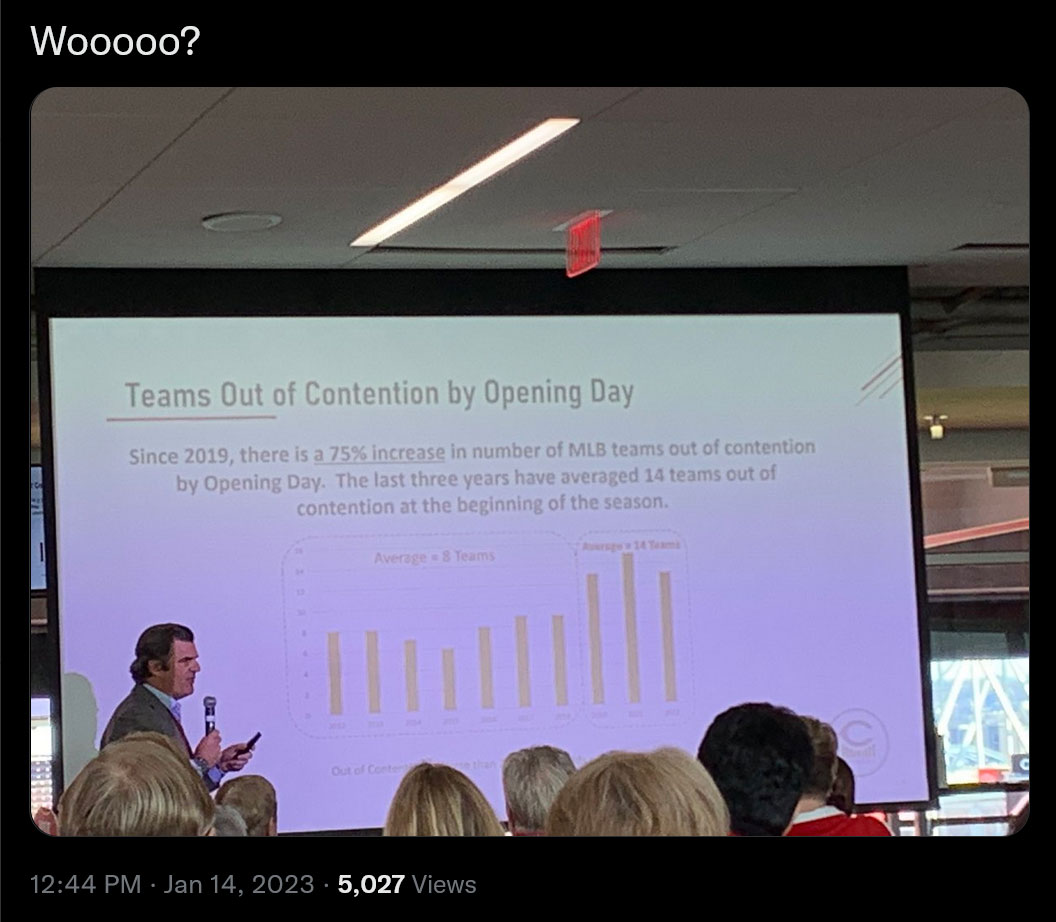 The information used here was the Fangraphs playoff odds when the season began. Those odds are based on the quality of the team put on the field. We’ve since learned that the numbers on this graph aren’t even accurate.

So while the numbers may be accurate in terms of what the projections were, the only reason the projections are what they are is because teams – like the Reds – are failing to put a good team on the field.

Yesterday the Cincinnati Reds signed Luke Weaver. He posted a 6.56 ERA as a reliever last season. The Reds are going to give him a chance to be a starting pitcher in 2023. Maybe it’s things like this, instead of signing guys who have performed well and are more likely to continue to perform well is the reason there are teams – like the Reds – who have a one-in-a-million chance to make the playoffs and not that players have guaranteed contracts?

Cutting payroll by $35M from last year, and nearly $60M from several years ago, and trading away quality big leaguers is why the team is bad. Look in the mirror.

Someone take the microphone away from Phil Castellini.

On second thought, don’t. Let him keep saying the quiet parts out loud.