The Cincinnati Reds (60-93) will begin their final road trip of the 2022 season. It all begins tonight at the beautiful PNC Park against the Pittsburgh Pirates (56-97) at 6:35 PM. The Reds ended their three game losing streak yesterday with a late inning victory. The Reds need to go 3-6 or better in their final nine games to avoid 100 losses this season.

Chase Anderson will get another start for the Reds. He hopes to continue on his success of late. Anderson has a 2.16 ERA/3.96 FIP over his last 4 starts, and surprisingly, he has not been allowing a lot of hard contact. He hasn’t pitched very deep into games – likely intentionally by David Bell. He has yet to throw more than 5.0 innings or more than 89 pitches. This will be Anderson’s first start against the Pirates this season. He has a career 3.41 ERA against the Pirates in 19 starts, but he has only faced them once since 2019.

Roansy Contreras has had a very successful rookie season for the Pirates. He entered the season ranked as the #80 overall prospect by Baseball America. The Pirates have had a lot of disappointments with pitching prospects in the big leagues in recent memory, so they have to be very excited with what Contreras has put together in 2022. Contreras has dominated the Reds this season, with a 1.80 ERA in 2 starts: 10.0 IP, 7 H, 2 R, 1 HR, 1 BB, 10 K. 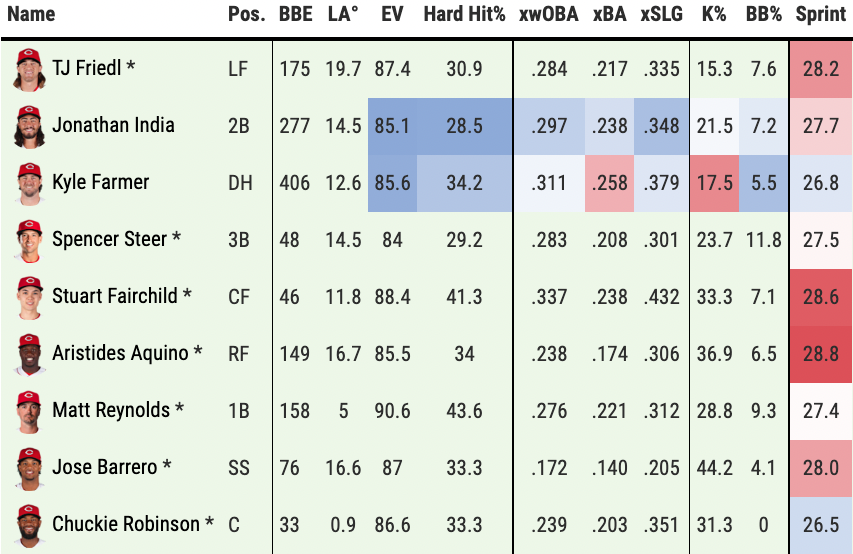 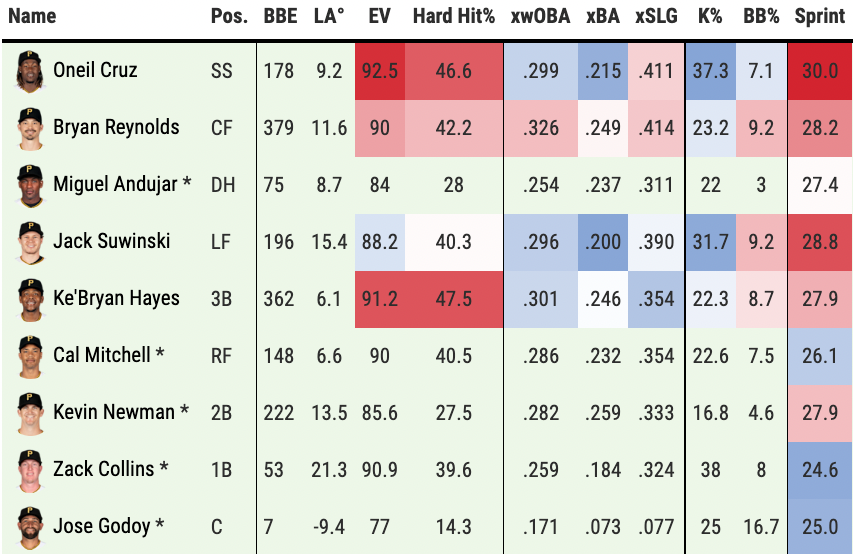 Miguel Andujar will be making his debut for the Pirates tonight. The former AL Rookie of the Year runner-up (2018) was claimed off waivers from the Yankees. He was unhappy in New York and reportedly requested being traded. He has really struggled in New York since his rookie season, hitting .228/.255/.318 with a 56 wRC+ in 376 PA since 2019. He has however had a 113 wRC+ at AAA this season and last season put up a 166 wRC+ at AAA in 63 PA.

The Reds are 4.0 games ahead of the Pirates for 4th place in the NL Central. The Reds currently have the fourth worst record in MLB. For the 2023 draft, MLB will be implementing a draft lottery to determine the order. The Reds would have the highest odds should they fall into the worst three records in MLB.

-How the odds work explained by Jim Callis of MLB Pipeline.

All 18 non-playoff clubs will enter a lottery for the top six picks. The percentage chances of each team getting the No. 1 choice, in reverse order of winning percentages: pic.twitter.com/lzWR3PeOqW 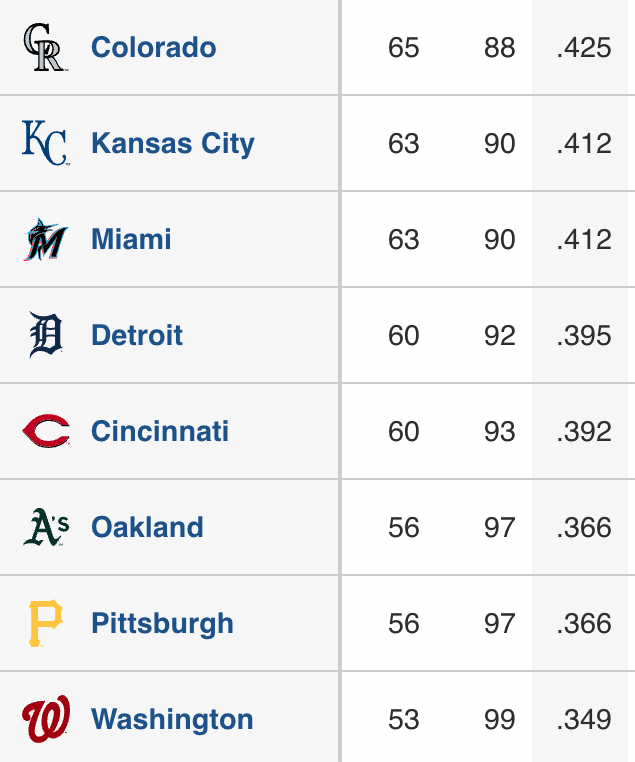 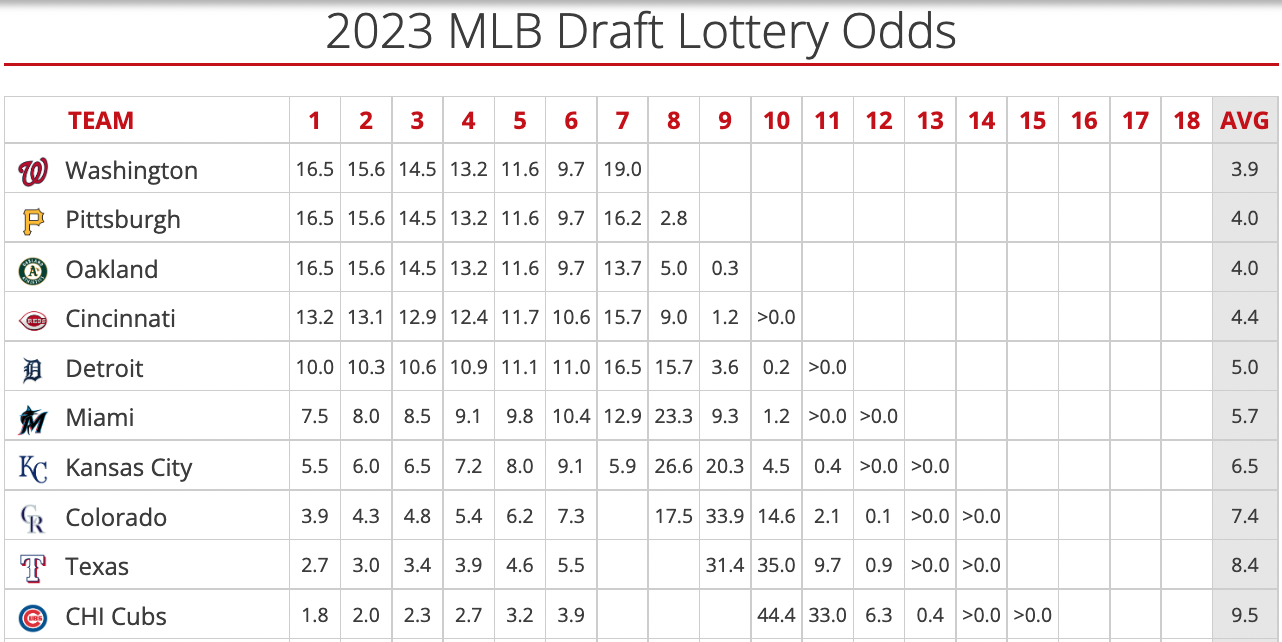 Nine games left in the season. The Reds bats have really been struggling, but it would be nice to see some players fighting for 2023 jobs finish strong against the Pirates and Cubs. Go Reds!