The Cincinnati Reds (59-91) will play the second game of a four-game series at Great American Ballpark against the Milwaukee Brewers (80-70) tonight at 6:40 PM. The Brewers enter play 2.5 games out of the final NL wild card spot with 12 games to play (plus they lose the head-to-head tie-breaker with the Phillies). The Reds need four more wins this season to avoid 100 losses. 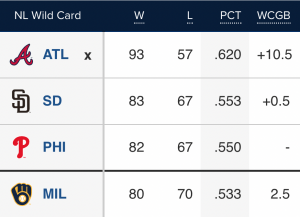 Luis Cessa (RHP) has pitched fairly well for the Reds as a starter. He has a 3.55 ERA/4.89 FIP in his last 5 starts. He has only walked 5 batters in 25.1 innings. Tonight he will be starting on short notice, but still on plenty of rest as he hasn’t pitched since Sunday. Cessa has a career 5.41 ERA against the Brewers, but that is only over 7.0 total innings.

Eric Lauer (LHP) will be activated today off the IL, and he is making his first start since September 10th (elbow). He did not go on a rehab assignment. Lauer has a 4.01 career ERA in 9 starts against the Reds. 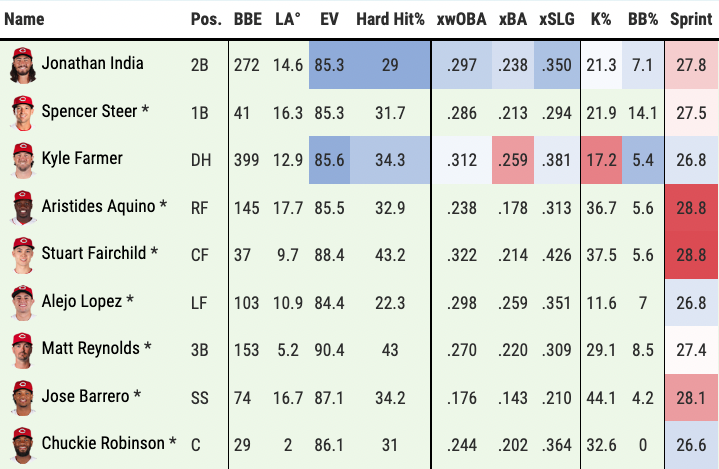 The Reds have been a fairly average team against left-handed pitching since the trade deadline. The Reds have a .312 wOBA vs LHP since August 2nd (MLB average is .310). Ballpark Pal says that Kyle Farmer is the Reds best matchup against Lauer. Spencer Steer is another player to watch. He has hit .315/.398/.577 at all levels this season against LHP. 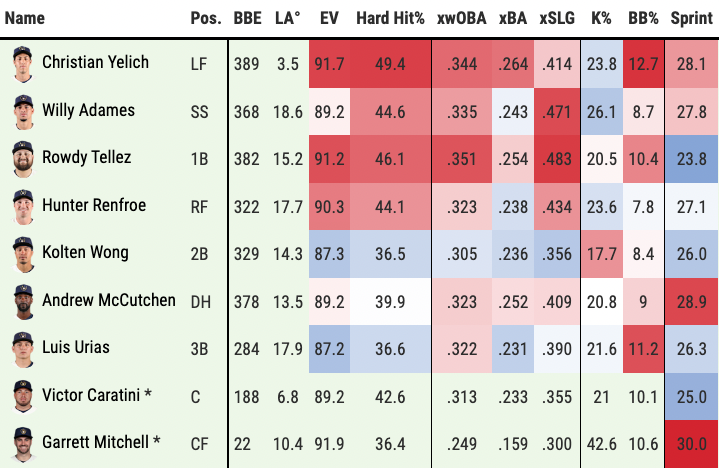 –Donovan Solano is out of the lineup dealing with an eye infection.

-Doug covered the news of Connor Overton being activated and Mike Minor placed on the IL earlier today. Overton has a 2.45 ERA in 125.1 IP between MLB/AAA since the start of last season. His FIP at the four stops has been 3.14, 3.89, 3.70 and 3.15 (the 3.15 is in 4 starts with the Reds this season). It will be interesting to see how he is used, and how he finishes this season for the Reds.

How about the Redlegs knock the Brewers out of the playoffs and avoid losing 100 games? I think that Spencer Steer is going to have a big night for the good guys. Go Reds!