The Cincinnati Reds were held to one hit in a 1-0 loss to the Pittsburgh Pirates on Tuesday night. The Pittsburgh victory gave them a sweep of the day/night doubleheader and a guaranteed winning series, with the series finale coming up on Wednesday afternoon.

Cincinnati didn’t get a hit until the 3rd inning with one out when Stuart Fairchild doubled. The Reds didn’t get another hit off of Luis Ortiz as he completed 5.2 innings of 1-hit, shutout baseball in his Major League debut. They wouldn’t get any hits against Chase De Jong as he pitched through the 7th inning. Yohan Ramirez held them hitless in the 8th, too. Duane Underwood Jr. retired the first two batters of the bottom of the 9th, but he walked Aristides Aquino to bring the winning run to the plate in pinch hitter Kyle Farmer. There was no magic to be had on the night as Farmer flew out to shallow left field to end the game.

Reliever Fernando Cruz got the start and he threw 19 pitches with 12 strikes, retiring all five batters he faced on the day before giving way to Reiver Sanmartin. The lefty followed up with 2.1 hitless innings of his own that featured one walk and three strikeouts. Raynel Espinal, who was called up on Monday, took over to begin the 5th inning and lost the no-hitter to the first batter he faced as Ben Gamel led off with a single into left field. Espinal worked around the leadoff hit and kept the shutout alive. He’d return for the 6th and retire the Pirates in order. The righty also recorded the first out of the 7th before giving up a double to Rodolfo Castro.

That’s when Ian Gibaut entered the game and after getting a ground out it was Kevin Newman that came through with a line drive single off of the glove of a leaping Matt Reynolds to break the scoreless game and give the Pirates a 1-0 lead. Gibaut would return for the 8th inning and get through it unscathed and keep the game at 1-0. Alexis Diaz came out for the 9th inning and picked up two strikeouts as he kept the game at 1-0 and give the offense an opportunity to do something in the bottom of the frame. They didn’t. 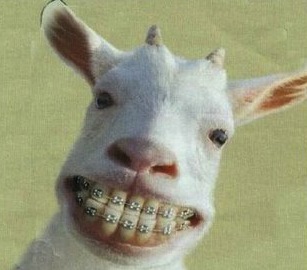