The Mets are fresh off an impressive series against the defending World Champion, Atlanta Braves. The Mets won 4 of the 5 games in the series, pushing their lead in the NL East to 6.5 games. The Mets are projected by Fangraphs to win 101 games, and have a 100.0% chance of reaching the postseason. It would be the Mets first postseason berth since they lost in the wild card game in 2016. 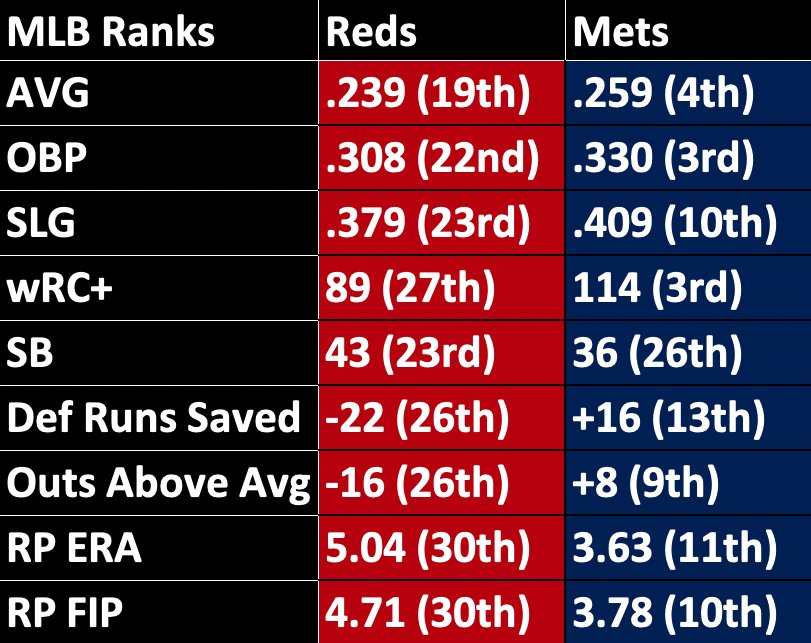 Justin Dunn will finally make his anticipated debut for the Reds tonight. It has been a wild ride for Dunn to get to this point, but hopefully this is the fresh start that he needs. Dunn was drafted by the Mets, which should make tonight fun for him. He was traded by the Mets to the Mariners along with our old friend Jay Bruce and Jarred Kelenic for Robinson Cano and Edwin Diaz in December of 2018. Dunn was a top 100 prospect for the Mariners in 2019 and pitched in the Futures Game that season. Dunn got called up for just 6.2 innings at the end of 2019 and actually made a very rough debut against the Reds.

Dunn made the 2020 rotation for the Mariners and pitched the entire Covid-shortened season. His final ERA was a solid 4.34 in 10 starts, but he had an ugly 6.54 FIP and 6.20 xERA mainly because he had a 6.11 BB/9 rate. 2021 was better for Dunn before he got shutdown with the same shoulder injury that has kept him out until he returned recently. Dunn had a 3.75 ERA in 2021 in 50.1 innings, but still had a concerning 4.74 FIP and 4.95 xERA, once again because of a high BB/9 rate of 5.19. Dunn was able to get out of the jams he created in the very pitcher friendly T-Mobile Park in Seattle. It’s hard to see him surviving that many walks with his home ballpark being Great American Ballpark.

Dunn has only thrown 102.2 big league innings. He was more of a lottery ticket for the Reds in the Winker/Suarez deal with Williamson and Phillips being the pitchers the Reds are really hoping to be big league starters. However, there was a reason that Dunn was a top 100 prospect just a couple of years ago. Dunn could really be a dark horse to turn the off-season trade into a really good one long-term for the Reds. Graham Ashcraft struggled with walks last year in the minors, but that has been his biggest strength so far this year. Could Derek Johnson work his magic yet again?

Dunn’s pitch mix according to Statcast is: 4-Seam Fastball (51.7%) Curveball (32.2%) Slider (14.8%) Changeup (1.3%). Dunn’s fastball was sitting around 92 MPH in his last start at AAA according to the Indianapolis Indians MiLBtv broadcast.

Chris Bassitt was acquired this off-season from the Oakland A’s, and he has been stellar for the Mets. He has been even better at Citi Field, posting a 3.06 ERA/3.10 FIP in 10 starts. Bassitt has only faced the Reds once in his big league career, back on May 9, 2019 at Oakland-Alameda County Coliseum: 7.2 IP, 7 H, 3 ER, 1 BB, 9 K. He took a tough loss on that afternoon as the Reds got a gem from Tanner Roark.

UPDATE 6:49 PM: Kyle Farmer was scratched with neck stiffness and replaced by Mike Moustakas at 3B (from DH) and Donovan Solano from the bench to DH. 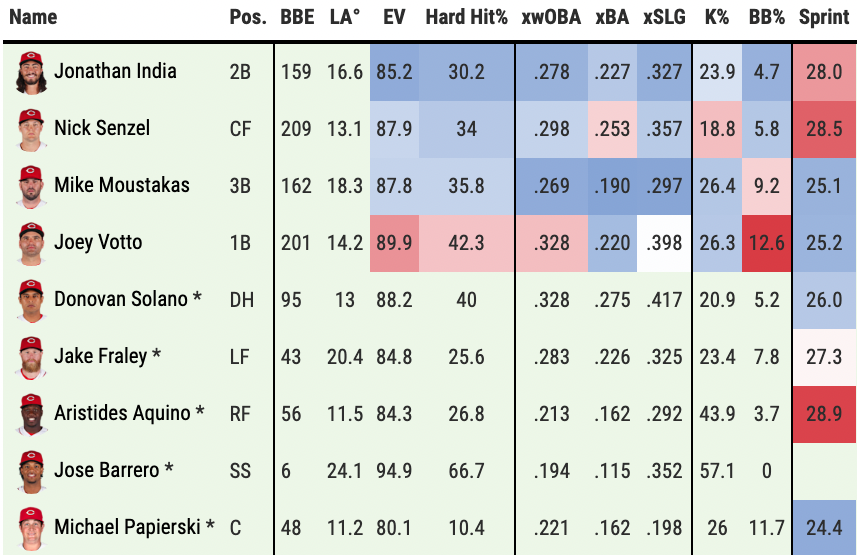 Tyler Naquin will face off against the Reds for the first time since being traded. He is 8 for 23 (.348) with 2 home runs since joining the Mets. 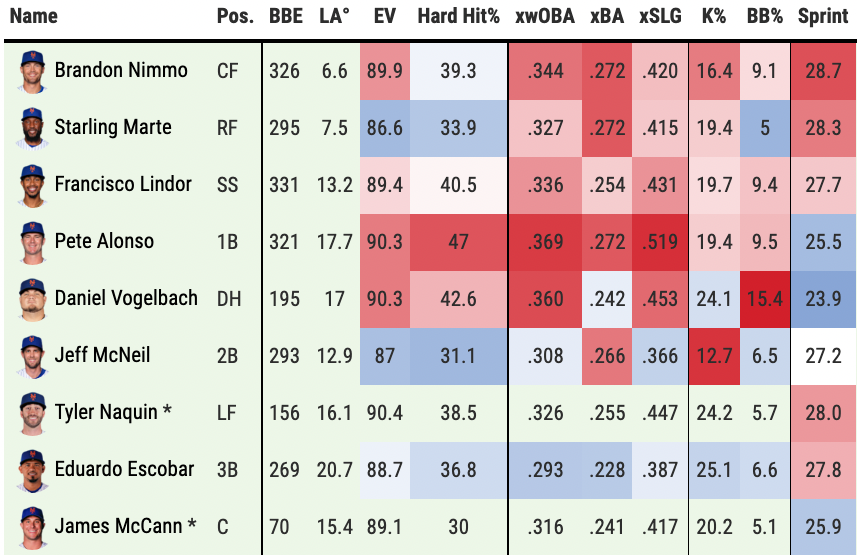 T.J. Zeuch appears to be the Reds starting pitcher on Wednesday, replacing Robert Dugger who was placed on the IL today to make room for Dunn.

RHP T.J. Zeuch, a Mason native, is here with the Reds in New York and expected to start Wednesday vs. Mets.

The Reds recent good play has resulted in series wins over the Yankees, Rays, Cardinals, Brewers, Orioles and Marlins. All of those teams except the Marlins are over .500. All of those teams except the Marlins are within 2.0 games of a playoff spot. It’s highly unlikely that the Reds can keep up that type of play against good teams, but it has been fun to watch this team still competing even after losing so many good players at the deadline. The Mets could be overlooking the Reds a little bit sandwiched in-between series against the Braves and Phillies. It would be cool to see the Reds go into Citi Field and win a series. Go Reds!