The Cincinnati Reds crushed three home runs as they beat the St. Louis Cardinals 9-5 on Friday night to begin the second half of the season. That was the good news. But they also lost star catcher Tyler Stephenson to a broken collarbone in the 1st inning of the game.

After going in order in the 1st inning and seeing the Cardinals take a lead in the top of the 2nd, Cincinnati’s offense went to work. Michael Papierski had a 1-out walk, moved to 3rd on a Kyle Farmer double, and both would score on a Tyler Naquin single that tied the game up. Donovan Solano then followed up with a 2-run homer. The next inning saw Joey Votto crush a solo home run to extend the Reds lead to 5-2.

The Cincinnati bats went quiet for a few innings as the Cardinals clawed their way back into the game, cutting the lead to 5-4. But in the bottom of the 6th inning the Reds offense got things going once again. After Joey Votto flew out to start the inning, Michael Papierski and Kyle Farmer walked and then they both scored when Tyler Naquin tripled. Donovan Solano followed up with a sacrifice fly and it was 8-4 in a hurry.

With an 8-4 lead entering the bottom of the 7th inning Jonathan India felt the Reds didn’t have a big enough cushion and crushed a leadoff homer off of upper deck for his 5th homer of the season to make it a 9-4 lead.

Graham Ashcraft retired the first two batters that he faced. But Paul Goldschmidt came up to the plate and he fouled a ball back that caught Tyler Stephenson in the shoulder. He was checked out by the training staff and remained in the game. Goldschmidt then hit the next pitch about 10 feet in front of the plate and Stephenson fielded it and went to throw to first, but winced in pain as he pulled the ball back, dropped to a knee, and then exited the game without ever making the throw – giving an infield single to the Cardinals 1st baseman. We would later find out he broke his collarbone. Nolan Arenado followed up with a double, but Goldschmidt was held at third base. Ashcraft was able to induce a ground ball to end the inning with no runs coming across.

The next inning didn’t go the same way for Ashcraft. An infield single and a walk with two outs put two men on, bringing Tommy Edman to the plate. He worked a full count against Ashcraft before the right-handed starter thought he had struck him out to end the inning. The umpire had other ideas, calling the final pitch a ball to load the bases. 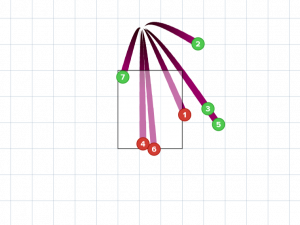 That call changed the inning. Instead of the Reds coming to the plate, it instead loaded the bases and saw Tyler O’Neill come through with a 2-out, 2-run single to put the Cardinals on top. Ashcraft kept the Cardinals off of the board in the next two innings as the Cincinnati offense put up five runs to take a 5-2 lead. But St. Louis got their offense going in the 5th. O’Neill walked to lead off the inning before Paul Goldschmidt hit a 2-run homer into the upper deck in left field to cut the lead to 5-4. Ashcraft wouldn’t finish the inning, giving up a 2-out single to Dylan Carlson before being removed for Reiver Sanmartin. The lefty would strike out Brendan Donovan to end the inning.

Buck Farmer came out and fired a shutout 6th inning. Alexis Diaz took over for the 7th inning and got the Cardinals to go 1-2-3 on just nine pitches to hold onto what was now an 8-4 lead. After the Cardinals scored a run in the 8th against Ian Gibaut, Hunter Strickland fired a perfect 9th inning to lock down the win.

Tyler Stephenson broke his collarbone in the 1st inning of the game. How long he will be out remains unknown.