The Cincinnati Reds (3-19) will travel to Wisconsin to start a three game series with the first place Milwaukee Brewers (15-8) tonight at 7:40 PM. If for some reason you haven’t heard, the Reds have the worst record in baseball, they are off to their worst start in franchise history and have lost 17 of 18 games. There is a slim glimmer of hope with 7 games against the Pittsburgh Pirates coming soon, but the Reds have to deal with a hot Brewers team in Milwaukee first. The Brewers have won 5 of 6, and since starting the season 4-5, they have gone 11-3.

The Reds got some good news today that Tyler Stephenson is back from the concussion-IL, but as with literally anything else in this glorious season, that joy can not last for more than ten seconds. Joey Votto was placed on the Covid-IL. 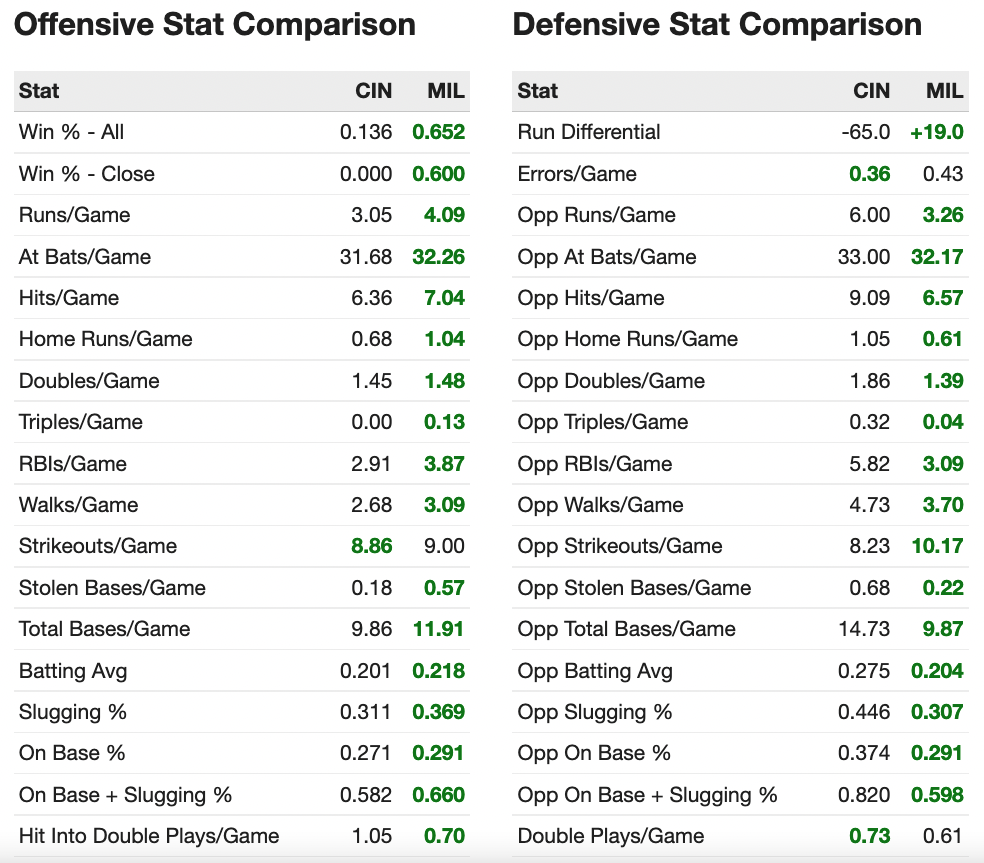 It’s not very often you will get a starting pitching matchup with two pitchers with that drastic of a difference between their ERA and their expected stats/peripheral numbers. Both Tyler Mahle and Brandon Woodruff have not go the results they’ve wanted through their first couple starts of 2022, but both appear to be poised to bounce back very quickly. 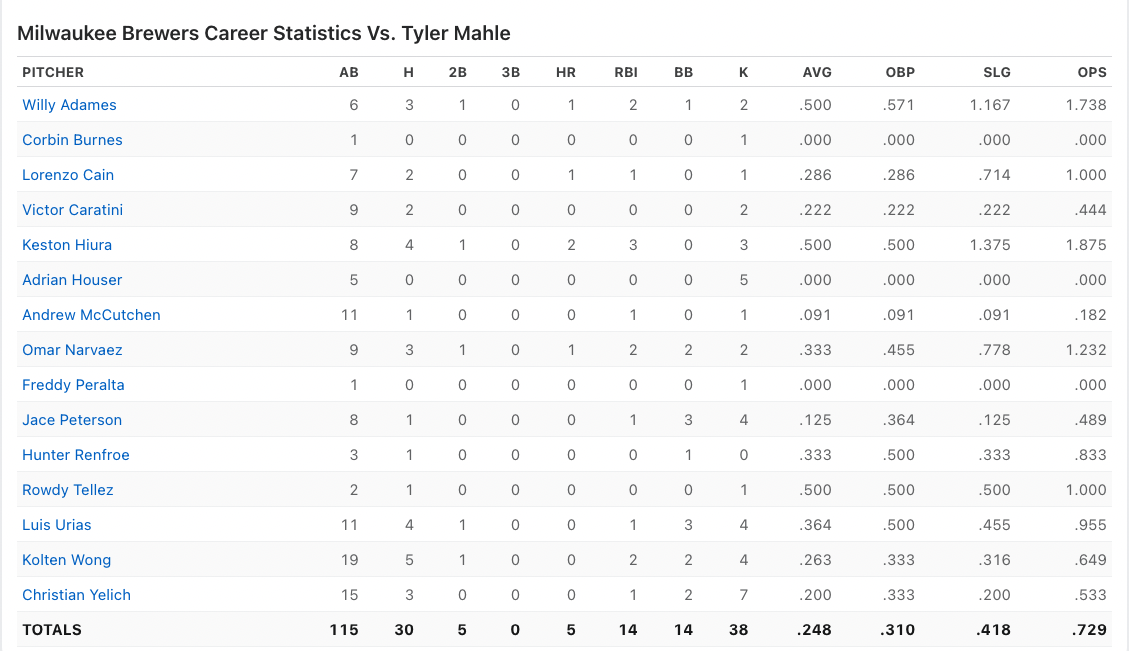 As the Reds prepare to play in Milwaukee, Willy Adames was named NL Player of the Week on Monday.

Reds had an opening at shortstop last year, but trade talks for Adames never advanced when Tampa Bay asked for Jonathan India and a reliever in return. https://t.co/qU5kqnSWz5

Reds have already set a franchise record for most consecutive games to start a season without scoring at least 7 runs in a game (previous high was 13 in 2015). They're a long way from the MLB record set by the 1985 Dodgers who didn't score 7+ runs in any of their first 48 games.

It’s been some pretty tough days for our beloved Cincinnati Reds. This series in Milwaukee does not offer much hope as the starting point for things at least to starting turning ever so slightly in a more positive direction. However, baseball sure can be a funny game sometimes. Go Reds!