Reiver Sanmartin gets the start tonight for Cincinnati as the Reds take on the San Diego Padres with the hopes of stopping their 7-game losing streak. The team tonight will be quite different than the one from last night as the team made four different roster moves (see below).

And here are the lineups for tonight’s game:

Three of the four games in the big leagues for Reiver Sanmartin have gone well. He’ll look to keep that trend going tonight in San Diego. The lefty has been dominant against lefties in his limited action against them in the big leagues, but righties have handled him fairly well. No hitter has homered off of him yet, in part due to his ground ball tendencies – 50% rate for his big league career.

Last season saw Musgrove have success against both lefties and righties, but left-handed hitters did find more success across the board. They carried a higher average and thus a better on-base percentage, and hit for a lot more power. He doesn’t walk many guys, and hasn’t walked a batter yet this season, and he gets plenty of strikeouts against hitters from both sides of the plate. He’ll throw six different pitches without leaning much on any of them.

Jonathan India and Mike Moustakas to the injured list

The Reds finally made a decision on Jonathan India and placed him, along with Mike Moustakas on the 10-day injured list. They called up TJ Friedl and JT Riddle from Triple-A Louisville to take their place on the 40-man roster. Cincinnati has 12 players on the injured list – the most in all of baseball.

Luis Castllo is ready to go on a rehab assignment

How about good injury news for the Reds?

Luis Castillo threw 35 pitches in a live batting practice on Tuesday and he'll make a rehab start Sunday either at Louisville or Dayton. He'll be limited to about 50 pitches there and would most likely make two more rehab starts.

Joey Votto is an American Treasure

No, really. It’s official and everything. 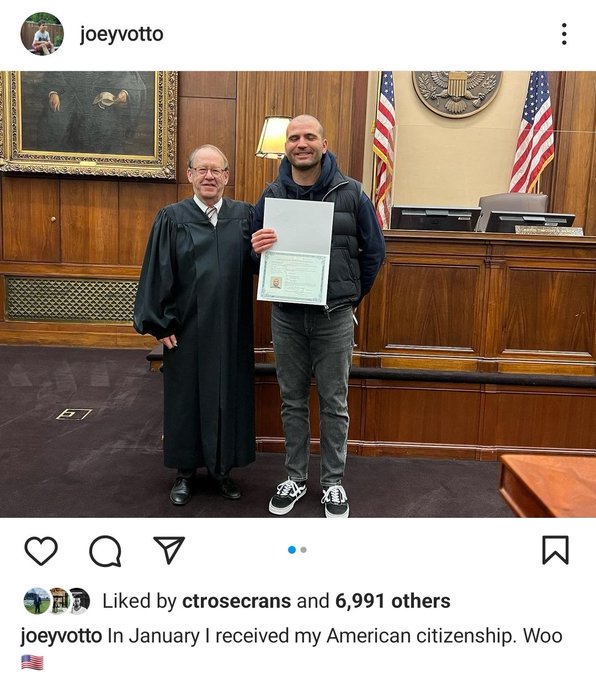 Last night we saw Nick Lodolo pitch much better than he did in his debut and a lot of that revolved around better control and his change up. Bobby Nightengale of the Cincinnati Enquirer wrote about that and spoke with Lodolo about how that came about.