That day on the third floor of Mother of Mercy High School, Ms. Hawthorne held forth on the importance and value of turds.

Our intrepid World Cultures teacher was discussing her attendance at an archaeological excavation (she was the type of teacher, not uncommon at Mercy, who went on archaeological excavations, and went snorkelling, and journeyed to India, and Rolllerbladed across the stage at the all-school talent show.) She described how everyone was quietly digging and sweeping in their assigned squares, when suddenly a great ruckus arose across the site. People cast aside their trowels and brushes and started running.

Excitement burst through the team. A find! Ms. Hawthorne joined the knot of scholars with great anticipation. Was it jewelry? Pottery? The Ark of the Covenant?

Ancient turds, Ms. Hawthorne explained, are, to researchers, more valuable than jewelry, arrowheads, or bone shards. That’s because, by analyzing a turd, archaeologists garner information about diet, environment, and potential migration patterns. What were the people who lived here eating, and where? And why? The turd will tell.

Ladies and gentlemen, what the Cincinnati Reds have laid before us in this moment is a turd. But we are not archaeologists (well, the vast majority of us, anyway) and we do not require a microscope to examine this output. It is long since petrified with underspending, disrespect, and divisive ideological meddling. Still, it is awesome in its instructive value.

The fanbase that was long since taken for granted has not yet sold out our great ethnological festival, Opening Day. Yesterday, the Reds announced that our great boy-king, Joe Burrow, will accept the crown of our greatest honor: The first game’s first pitch. (Best Twitter take on the matter: “Don’t let Castellini near Burrow. I don’t want him going to Seattle.”)

We could read the spring presentation of our autumn monarch as a great gift to the people, a cultural feting of a tremendous victory that crosses the lines of sport. Or, we could see it a maneuver for lucre, a panicked alliance with a neighbouring kingdom that somehow blundered its way into discovering the Northwest Passage. 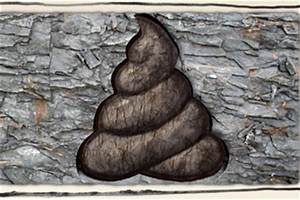 How are we to approach our turd? There are nutrients in a turd, but only as a remnant of having served another purpose. The academic value in a turd is in what’s left over, in what has passed through the system and is no longer useful. We are left, then, to find worth in the traces of what was once whole.

The value, for baseball fans, the comfort of the everyday (at least they’re on the field!) and the occasional sweet berries as we happen upon them (at least Votto’s on the field!) Whoever left that ancient turd behind had no concept that the act of going about his or her life would result in a great celebration of PhDs some seven thousand years hence. He or she was simply tending to a basic bodily function. There was no thought behind the matter. There was no plan. There was just squatting.

So we’re going to have to celebrate the turd, 2022 Reds fans. We are going to have to learn what it has to teach us, or we are in for yet another one. There might be tremendous gold on the other side of the site, but are you still going to be standing by with your trowel and your brush if there is?