Desi Arnaz is the most famous man outside of St. Joseph to ever stand in the shadow of his wife. That this reality unfolded in during Peak Homemaker, the1950’s, is a tribute to the spectacular talent of Arnaz’s other half, Lucille Ball.

History’s pigeonholing of Arnaz as Ricky Ricardo obscures his prodigious talent as a comedic actor, musician, and trailblazer. This man banged his drum, cinematically framed the pratfalls of his wife, and changed the world.

Arnaz pioneered use of the three-camera format in sitcom staging and had the idea of retaining the rights of each I Love Lucy episode, thus inventing the syndicated rerun. I Love Lucy singlehandedly forced the industry to switch from filming grainy kinescopes in New York to recording on the West Coast with film. He wanted to shoot in color long before anyone else in television was doing so.

And he was never so much as nominated for an Emmy. There’s not a single book solely about Desi Arnaz outside of the one he himself wrote.

This is nowhere better demonstrated than the couple’s “Cuban Pete” number, which was preserved from couple’s national tour when it was shoehorned into an I Love Lucy episode. Desi’s doing all the frontloading here. Lucille Ball doesn’t even show up until at least halfway through the song. Which is the point. Because in the end it’s all her gig. She’s Lucy. She’s the star. She just is.

Later, when interviewed about her marriage to Desi, Lucy said something to the effect that he could never manage to overcome destructive tendencies—that for all his rocket-powered talents with and without a script, he would build something up, then tear it all down again. He couldn’t help it. 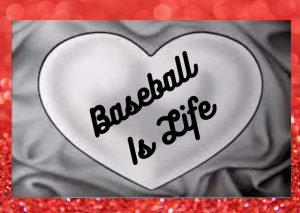 Meanwhile, in a casino not far from the footprint of Riverfront Stadium, one of the most famous Cincinnati men outside of Cincinnatus himself sat at the blackjack casino and laid down a chip. This wouldn’t have been a big deal had Pete Rose not dedicated quite so much time undermining his own tremendous talent.

For, like the antics of the Ricardos, every single thing that Pete Rose did was broadcast live. There were no retakes; there were no calls for review. You couldn’t DVR the Big Red Machine. It was all live live live, and if you flubbed a line or overslid second, you were entering a place from which there was no returning. It was a highwire act not once a week, but every single day, and sometimes twice a day, for weeks and weeks.

One of the Reds Hall of Fame tour guides used to tell every tour group to file past the 70’s World Series trophies that if any member of the Big Red Machine were on any other team, he would shine forth as the biggest star that franchise ever had. But the Cincinnati team was so star-stuffed that they obscured one another’s greatness, and it became impossible to appreciate them individually.

But you know and I know that when the greatest lineup in the history of the sport features a hometown boy, he is more equal than the others. He always will be. Pete was the star. He just was. And that is what slowly gave him the idea that whatever he did, whenever and wherever he did it, would be just fine with everyone else. He couldn’t help it.

There existed a great deal of irony beneath I Love Lucy’s satin-hearted title card. Adept as he was as a businessman and producer, success led Aranz away from what he was perhaps best originally best at—timing a line, enjoying his American dream life, and expressing himself musically. As the marriage wrecked on wicked shoals of the entertainment world, Desi faded behind the camera with a bottle, while Ball rode the last possible wisp of I Love Lucy’s fumes all the way into the 80s. She was her own force in the Desilu boardroom, but without her finest straight man, her performances were never quite the same.

I do not mean this as criticism. How could Michael Jackson follow up Thriller? And how does anyone follow up pretty much singlehandedly creating the sitcom? For, drawing on the structure of radio shows and Aranz’ innovations, Lucy built it, Seinfeld deconstructed it, and The Office did away with Desi’s three cameras and the live audience altogether. And with the fourth wall hemming us all in together, we’re right back where we started: Real people acting out their own folklore under the closest billing possible, a married couple playing a married couple.

Absurd as it seems, in an era which now rather graphically depicts where babies come from, television characters couldn’t even say the word “pregnant” on-air, let alone show a woman who was expecting. I Love Lucy did away with these barriers, but now entire plots from the series are now demonstrable hate crimes. In “Lucy Goes On a Diet,” for example, Ricky’s fob-off reasoning du jour that Lucy can’t join him in his show is that she’s too fat to fit into the costume, so she spends the next 28 minutes starving herself and demonstrating various forms of exercise bulimia. Try this in Current Year and see if the whole wide world comes out on the other side of it with one brick still on top of the other.

It’s instructive how cultural phenomenons, from an increasing distance, seem to have emerged from different solar systems. Every now and then, I’ll hear complaints that the Reds fandom has never matured past the Big Red Machine. Why should it? Why not continue to digest the great riches of an entire decade of dominant baseball? Is forty years too long, or do we need a longer drought to fully appreciate the absolute feast that was the entirety of the 1970s?

There is but one taboo in baseball, and it’s not talking about the no-hitter while the no-hitter is being no-hit. It’s not corking the bat or banging on garbage cans or even departing in the middle of the season. You’ll be jeered at on Twitter for this, but you won’t be cast into the Cooperstown outer darkness. And once you’re out there, when there’s no where else to go, you might as well embrace it.

In the interim, whenever anyone mentions Johnny Bench, Tony Perez, or Joe Morgan in the context of Cooperstown, it’s never long before someone mentions the teammate who isn’t there. Pete Rose is a larger presence in the Hall of Fame for not appearing in it than he ever could by his induction.

As I watched news footage of Rose in a white Reds cap lay the ceremonial first bet at the Hard Rock Casino, it occurred to me that he has, perhaps, finally figured this out.

There were those who didn’t want Arnaz involved with I Love Lucy at all, citing concerns about his thick accent and the couple’s then-socially sticky marriage. Not for the first time, Hollywood grossly overestimated the racism and narrowmindedness of their fellow Americans.

So the Arnazes laid the matter before the people. Desi went touring nationwide with his band and took Lucy with him. Successful apart, they were a smash together. And so it was that six seasons of Lucy Ricardo trying to burst into her husband’s show was made a reality by Lucille Ball actually bursting into her husband’s show.

And if you can handle one more spiral on the irony tie-downs that grounded I Love Lucy, consider this: Lucille Ball could dance quite credibly and even carry a tune, thank you very much.

Perhaps amused by it all, Desi twice appeared on What’s My Line, once with his wife and once alone. Since any word out of his mouth would draw a direct line to his identity, he faked a French accent. And when he signed in with Lucy at his side—she wrote her name first as he crouched beside her in front of the camera—he melded her performance with his own high-pitched responses, utterly confounding the panel.

Almost-right answers obscured the truth. One panel member suspiciously wanted to know if “you have a spouse who is as famous as you are.” Another triumphantly guessed that the mystery celebrity was “the world’s greatest comedienne, Lucille Ball.”

It took quite some time, but somebody finally figured it out.

“It’s both of them!” she exclaimed.

“It’s amazing,” one of the Big Red Machine pitchers said to an assembled Redsfest crowd—I think it was Jack Billingham– “how this team managed so many wins without a single pitcher.”

He’s right, of course; the Machine’s legend rests on its offensive laurels, with little attention to the men who kept the other team’s score within reach. While the rest of the team was throwing out the other team at second from home and barreling into fellow All Stars, the pitching staff, ever-rotating, fails to fetch much at baseball card auctions. It is, perhaps, the price of the ring, the cost of being a World Champion and yet still sinking below the notice of even those everyday Hall of Famers, them and the man who will never join them.

But up there on the highwire, day after day and season after season, these players knew they were creating something entirely new. It wasn’t Pete. It wasn’t Bench.  It wasn’t the men in the Hall of Fame and the men out. It wasn’t even Sparky.

It’s all of them.