We introverts spend a great deal of time in our introvert-holes, not even noticing that we haven’t had actual, in-person interaction with a fellow member of the human race until we perhaps notice a major introvert-hole disturbance, such as a sudden lack of cookies. This forces reflection upon the outside world.

And so on. You see now why so many of us are basket cases, why we hide behind doors and spouses and dogs and birds at parties. There’s always a crisis, and when the crisis happens, there are maybe three people we can call, and at least two of them probably had an outsized role in perpetuating the crisis. 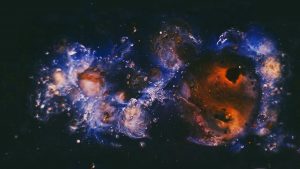 Part of the problem is that since introverts are usually polite with all but willing to depart the home premises for precious few, we tend to cultivate separate worlds of friends, unless you’re from Cincinnati’s West Side, which is one gigantic inter-related world covered in Skyline dip. The Venn diagram of all West Side relationships is a single, neat circle, and in the center of that circle is a weekend grade school basketball tournament attended by your dentist’s second cousin who is also the ref as well as your sister’s homecoming date in 1992.

So as an introvert cultivated in this societal collapsed star of a voting precinct, most of my relationships were cemented in high school and college. There’s little collision in the groups in which I circulate, because I did the two things West Siders don’t do: I left. And then I returned with exactly zero children.

This leaves me with a random assortment of separate universes, partially because I am also a living contradiction of interests and inclinations. I go to yoga and I also attend big ol’ traddy Latin Masses. No one else who regularly attends yoga manages to wander into your local TLM. No one who goes to Traditional Latin Mass hangs a yoga mat next to her chapel veils. I am alone in both and the sole connecting node between either.

For the most part, this is fine– preferable even–but functioning as this whole galaxy of weirdness apart takes its toll during baseball season. Yoga people don’t like sports (competition, ew) unless they’re in them and clenching their muscly ways through class during a rehab. TLM people don’t like pro sports because every moment dedicated to batting averages means less time for internet arguments about the Council of Trent. I don’t expect the yoga and TLM worlds to meet, but the occasional rope bridge would be nice.

Other people, I am told– normal people– float in and out of friend groups with the seasons. There are folks who see family members and maintain internet contact far more often in the spring and summer because did you see the near no-hitter? And then they’re nodding acquaintances from Thanksgiving to Valentine’s Day. I was stunned when, in the year I spent trailing Ohio State’s marching band, the members laughed when I asked if they hung together in the off-season. No, they said. Why would they do that? We live together for five months and then we maybe wave on the quad, they said. We need a break.

That I can understand. But baseball being the eternal entity that it is–what’s the point of the season if you don’t spend the off-season talking about the season and conjecturing on the next season?– it is odd to me that the closeness shaped over box scores and the slow thud on the glove dictates the terms of the relationship. Is it the buffer (“Even when my dad and I couldn’t talk about anything else, we could talk about baseball), or is it the container (“My baseball friends are my family”)?

One of you has got to be one of these normal people, hopping between these colliding and departing worlds. Which is it? Both? I’ll accept both. And also some cookies.