When the slogan is trending on Twitter, the billboard GoFundMes have started, and the pre-postseason attendance is below 10,000 people in a 43,500 capacity stadium, the citizenry has had enough.

Our current local hero is a man who sat in the Diamond Seats, the land of the well-heeled, the bucket listers, and the corporate beneficiaries. This man sat behind home plate and did something people here just don’t do unless we have had it: On Tuesday night, he expressed an opinion, and he did it off the Internet. His “SELL THE TEAM, BOB” sign appeared behind an opposing batter on the game broadcast before the feed abruptly changed to a different camera.

But I’m not so sure that our problems will be solved by Selling the Team, Bob. 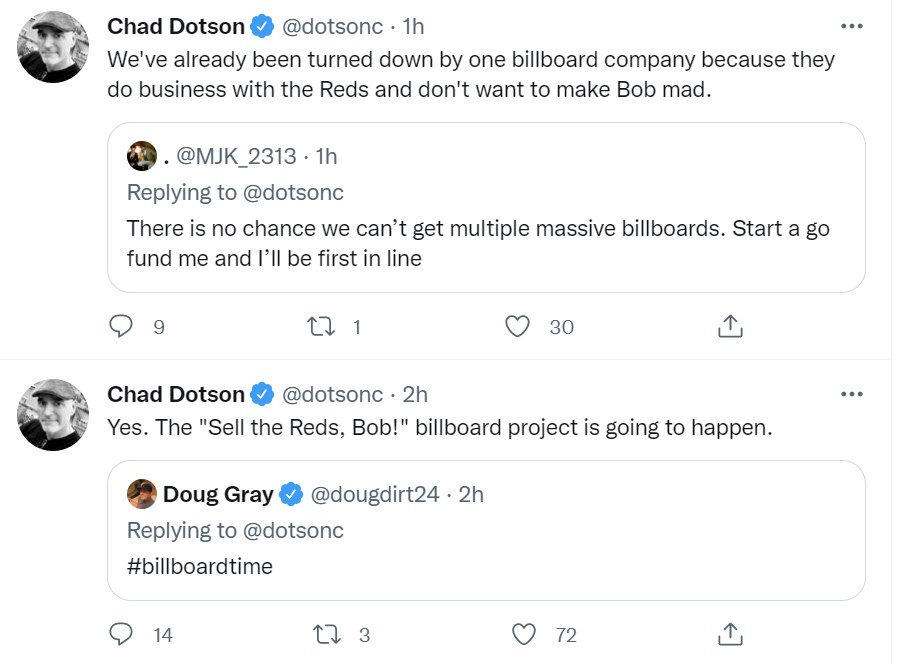 Having had my poor human heart ripped out by various entities, all run by similar poor heart-having humans, we must be cautious.

What if it’s worse?

We’ve had it worse. But, of course, we don’t deserve worse. The fans. The current team. The World Series winners. The farm teams. The dude selling water four blocks from the stadium. Everybody. Everybody.

I bring Star Wars into this for two reasons, both of them excellent: 1) Like Golden Girls, at least some aspect of Star Wars is applicable to every single life situation 2) Baby Yoda.

The Star Wars sequel trilogy, all three slow-motion nightmare installations of it, is roundly despised by longtime fans, as we recognize it as a wasteful copy of a copy; it is Star Wars made by people who do not understand Star Wars. Its directors, J.J. Abrams and Rian Johnson, proclaimed themselves Star Wars fans, and I believe them. But they were fans in the sense that they saw the original films a couple times and liked them, and perhaps pushed a plastic spaceship across the playground back in the Reagan administration. This doesn’t mean they weren’t fine directors, or even fine sci-fi directors; it just means they suddenly found themselves into a very specific galaxy they had little clue how to navigate. 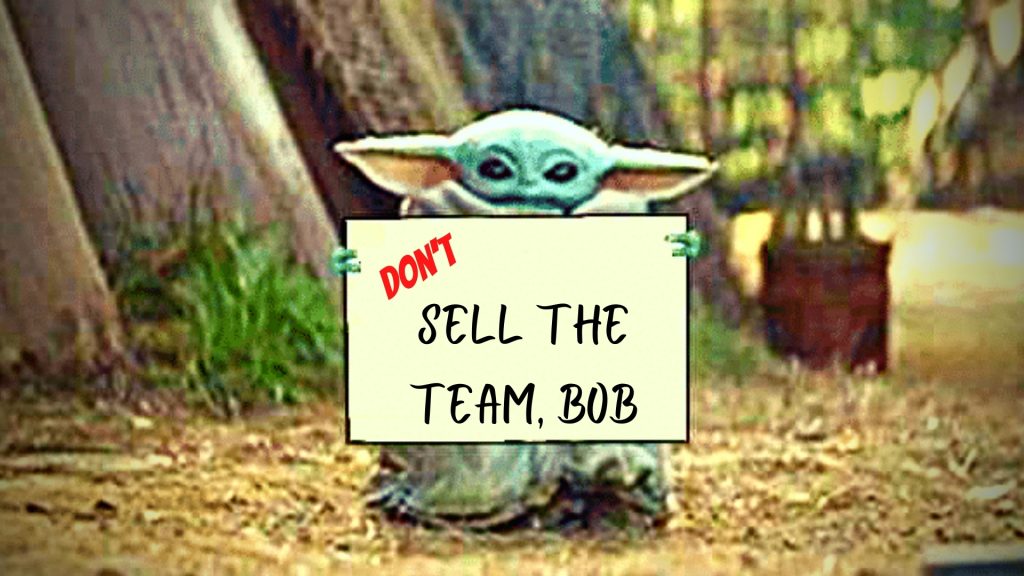 The blockbuster series The Mandalorian, on the other hand, is a creation from animator Dave Filoni, who is a walking Star Wars deep cut. He invoked character names from original drafts of the first film, made a plot point out of a vehicle that once briefly existed as a franchise toy, and deftly vetoed anything that sounded even remotely stupid. It’s not so much that Filoni has memorized the spelling of every possible creature species that ever appeared on a Star Wars screen, or collected the most and rarest action figures. It’s the fact this man has passed significant mental and emotional time in this galaxy, simply because he enjoyed being there, and not only in his formative years.

You see, he didn’t need to think about “what the fans might want,” because he was a fan, the very purest form of one. Filoni’s long-term wanderings in this landscape allowed him to instinctively pilot his way around pandering and into respectful story expansion. This ability cannot be purchased, nor crammed.

It can be a danger to insert an emotions-leading person in any position of major decision-making; this is how we got David Bell to begin with, as well as Thom Brennaman coming to you live for a decade and a half. But it also provided Big Red Machine hitting coach Ted Kluszewski and Corky Miller in perpetuity.

We cannot hold on too tightly. Nor should we reach for that which is not authentically ours.

So that’s why I hope Bob doesn’t Sell The Team, unless a few conditions are met first.

Don’t sell the team unless you find someone who understands that baseball is a business– a business, and the glue of a family across generations, and a history lesson, and home, and the sweep of sweet summer, and age 5, and age 97, and a way of being. It is all these things, and more than the sum of all these things.

Don’t sell the team to anyone who makes promises he or she doesn’t plan to keep. That’s happened before. We don’t like it.

Don’t sell the team to anyone who WOOOOOs.

Don’t sell the team unless the buyer can repeat, cell phone not in hand, his very favorite Marty and Joe story.

Don’t sell the team if there aren’t specific plans in place to have a bullpen and a shortstop at the same time.

Don’t sell the team if the only potential buyer has never danced on the rubbery expansion joints that allowed Riverfront Stadium to breathe, summer to snow.

Don’t sell the team unless it’s to someone doesn’t specifically plan to draw us– all of us– together beneath the great wings of sport, Lemon Chill, and shared fandom.

Don’t sell the team to people who don’t understand that each and every 43,500 seats can be filled for 43,500 different reasons…. but a winning team outranks each and every one of them.

We don’t merely need an unfurled wallet. We need the person holding it to weave his or her way through our landscape by having spent significant mental and emotional time in this galaxy, simply because he or she enjoyed being here.

Don’t sell the team unless it’s to one of us.