The Pittsburgh Pirates scored six runs against Wade Miley before the Cincinnati Reds got on the board. Cincinnati would score five unanswered runs, but it wasn’t enough to pull off the comeback to begin the series against the last place Pirates.

Cincinnati went quietly in the top of the 1st. But after the Pirates grabbed a 3-0 lead, the Reds got singles in the 2nd inning from Eugenio Suárez and Delino DeShields to put together their own threat, but Tucker Barnhart would fly out to end the threat and strand both runners.

The 4th inning was pivotal in the game for Cincinnati. Joey Votto had a 1-out double and Suárez walked to put two men on base. Aristides Aquino got ahead 3-1 before taking the 5th pitch of the at-bat. It was clearly a ball, but it was called a strike. Aquino would then strike out on the next pitch. 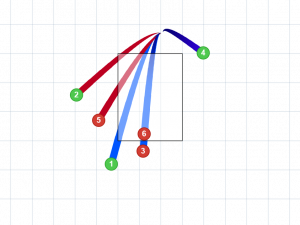 Instead of the bases loaded and just one out, there were now two outs and two men on. Delino DeShields grounded out to end the inning and the Reds threat was over and they still trailed 3-0.

When the Pirates padded their lead to 6-0 in the bottom of the 5th it may have felt like the party was over. Cincinnati hadn’t scored a run since what felt like Boomer Esiason was the Bengals quarterback, but surprise, surprise, the Reds weren’t quite dead yet.

The Reds loaded the bases in the top of the 6th on a walk by Votto and singles by Suárez and pinch-hitter Max Schrock. Tucker Barnhart singled in two runs on a blooper to right field. Mike Moustakas came off of the bench to single and once again load the bases. Jonathan India grounded out, but drove in a run and kept the inning alive by beating out an attempted double play by half of a step. That came into play as Kyle Farmer followed with a bloop single of his own to drive in another run and make it 6-4. That was all that Cincinnati would get in the inning, but they pulled the game within a bloop and a blast range.

Cincinnati went in order in both the 7th and 8th innings, though, leaving things to the final inning to try and get things done. Jonathan India struck out to lead off the top of the 9th. With the pitcher’s spot due up after a double switch, Asdrúbal Cabrera came on as a pinch-hitter. After 11 pitches he flew out to the wall in right field. Nick Castellanos took the first pitch he saw and crushed a solo home run to cut the Pirates lead to 6-5. That brought Joey Votto to the plate, but he struck out to end the game.

The game did not begin well for Wade Miley and the Cincinnati Reds. Pittsburgh scored three runs in the bottom of the 1st inning after four singles, a walk, and an error. Miley settled in over the next two innings, but a double and an infield single in the 4th put two on with one out. With pitcher Dillon Peters up, he laid down a bunt that led to a force out at third base and a ground out followed to end the inning.

Then the 5th inning happened. Pittsburgh went single, walk, single, double to begin the inning and extended their lead to 6-0. After the next batter grounded out, Wade Miley left the game and was replaced by Justin Wilson who got out of the inning without any further damage.

Luis Cessa took over for the 6th inning and he made easy work of the Pirates lineup, going 1-2-3 on 14 pitches. He returned for the 7th inning and only needed 8 pitches this time around to get another 1-2-3 inning.

Amir Garrett took over for the bottom of the 8th inning and after picking up strikeouts against the first two batters, he needed seven pitches to do the game to Wilmer Difo as he struck out the side and sent the game to the 9th to give the Reds one final chance to tie the game up or take the lead.

Tyler Naquin was seemingly unavailable in the game as multiple opportunities presented themselves that would have been the perfect spot for him to enter the game.

Jesse Winker went 0-2 with a strikeout before being replaced in the lineup in his first rehab game in Triple-A. This has been standard practice on rehab – to get guys two at-bats in their first game and then work their way up from there.