“Are you doing all right?” asked the store clerk, one foot down the aisle, the other pivoting my way.

“First of all,” I said, “I’m pushing a grocery cart through a liquor store.” 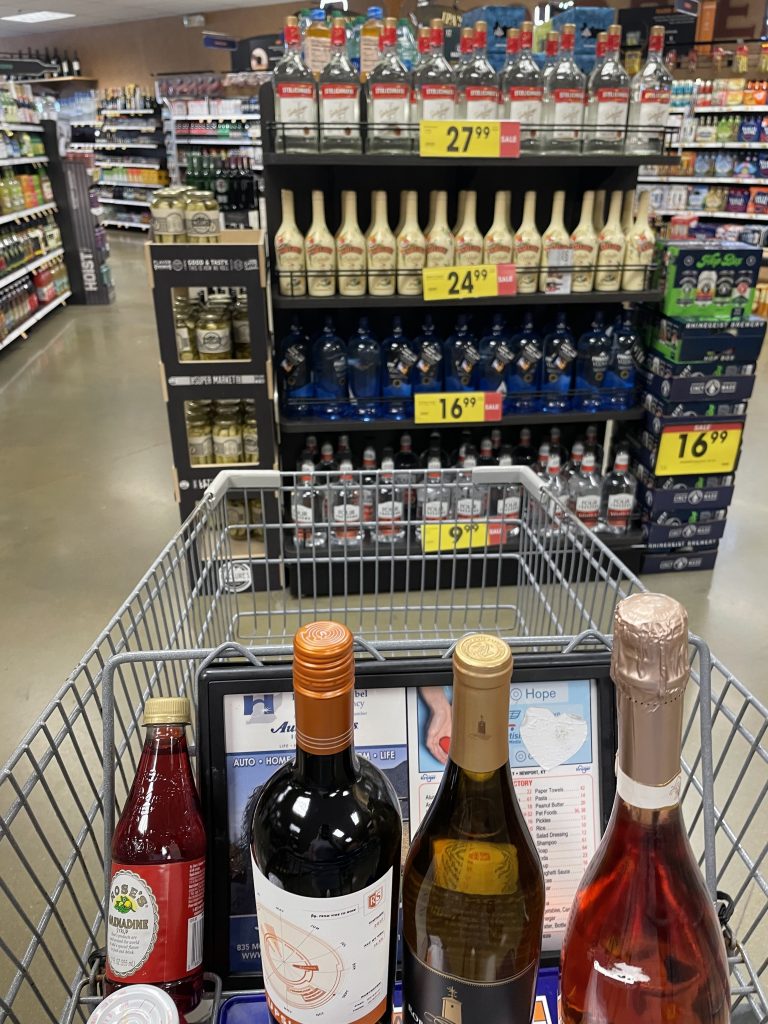 Most of us would feel much better after exiting the liquor store, but I tend to face down one bottle of wine at a time, and even that ever more rarely (the calories! the sugar! The carbs!) But after living nearly five years in an entire house Delhi, taking up residence in a one-bathroom apartment in Mt. Adams meant that I became a very popular hostess indeed on the first Sunday in September.

Living directly above the finest fireworks show in this world of ours rapidly became one of the most stressful aspects of my adult life. I have not hosted a large non-family social gathering for at least three Presidential administrations; extreme introversion plus COVID means I have entirely forgotten how to people, let alone welcome them onto my couch. How many trays of Skyline dip does one prepare for eleven people? Eight? Was eight trays enough Skyline dip for all the plus-ones descending upon me? What if someone asked for food I didn’t have? I didn’t have a single kiwi in the place. What if someone wanted kiwi? How was any of this possible with a refrigerator with no icemaker? How could I live down the Midwestern horror of being a Bad Hostess?

Guest lists in our neighborhood were capped hard, and creating one was worse than choosing bridesmaids. If you invite one friend, you have to invite the rest of the friend group; if you allow one husband, all must be made welcome. The vast majority of my partyware was long since purged. The entire affair was proudly sponsored by the discount wine aisle and Dollar Tree.

The no-you-can’t rules and timelines were hopelessly byzantine and Cincinnati at its absolute German finest. My wedding was less complex.

For one thing, both the church and the reception venue boasted more than one toilet on offer despite mass quantities of Oktoberfest lager. What if everybody had to go at once? The visiting husbands, I decided as I stared at the ceiling at 2 AM last week, could simply avail themselves of the balcony railing if it came to that.

Police officers crowded the .8 miles between my front door and the deli tray pickup at Kroger; I had an easier time getting into the launch ring on liftoff days at Kennedy Space Center, and that with an employee badge. And of course:

“WHAT IDIOT SCHEDULES A REDS GAME ON THE DAY OF RIVERFEST?” I screamed at the satellite parking lots as I attempted in vain to vector in some friends crossing the border from the West Side.

On second thought– any idiot who understands how this city operates, that’s who. There’s time and enough to throw down a blanket on the Serpentine Wall, catch nine innings, and still have miles to go before sunset. And often that’s the best part of a sunny Sunday in the first part of September. In panic and in ease, throw in some baseball. But even that’s of little comfort when the Coast Guard forms its own regatta under the living room window.

“Great atmosphere,” one of my guests said as I lit candles, plugged in light strings, and wound Christmas strands around an aluminum turkey roaster containing a selection of chips. I smiled serenely and plopped more Skyline dip in the tiny oven; floor scuffs originating from dropping the kitchen table on move-in day are shown to their best advantage in low light.

The Reds lost to the Tigers that day. It was not a good game. But the sun set, the bathroom held its own, and the second sunrise began on the river.

And I cast glances at the people less than an arm’s length away, and it was good.