While it’s a bit silly to look at playoff odds in April or even May, some of us still do so. Fangraphs and Baseball Reference both provide their calculations (based on very different formulas) throughout the season and are updated daily. Sometimes we even include the playoff odds in the game previews. It’s fun to look at….. when the team is doing well, at least.

Right now the Cincinnati Reds are doing well. So well that if the season were to end today they would be in the playoffs as the #2 wild card. After last night’s shutout of the Miami Marlins the Reds are 71-59. September hasn’t even begun and Cincinnati already has more wins than any year from 2015-2018. That of course is a combination of the 2021 squad playing well and just how bad those “rebuild” year teams were.

With each day that goes by there is one less day for someone to catch the Reds. As long as they win their playoff odds are going to continue to climb. When the team(s) trailing them lose, it’s the same thing – even on days when the Reds lose. As of this morning, Fangraphs has the Reds odds of making the playoffs at 73.1%. The Padres, who are the closest team to them in the wild card, are at 20.8%. Over the last four weeks the two teams have gone in massively different directions.

Let’s take a look at the Playoff Odds chart comparing the two teams from the start of the year until today: 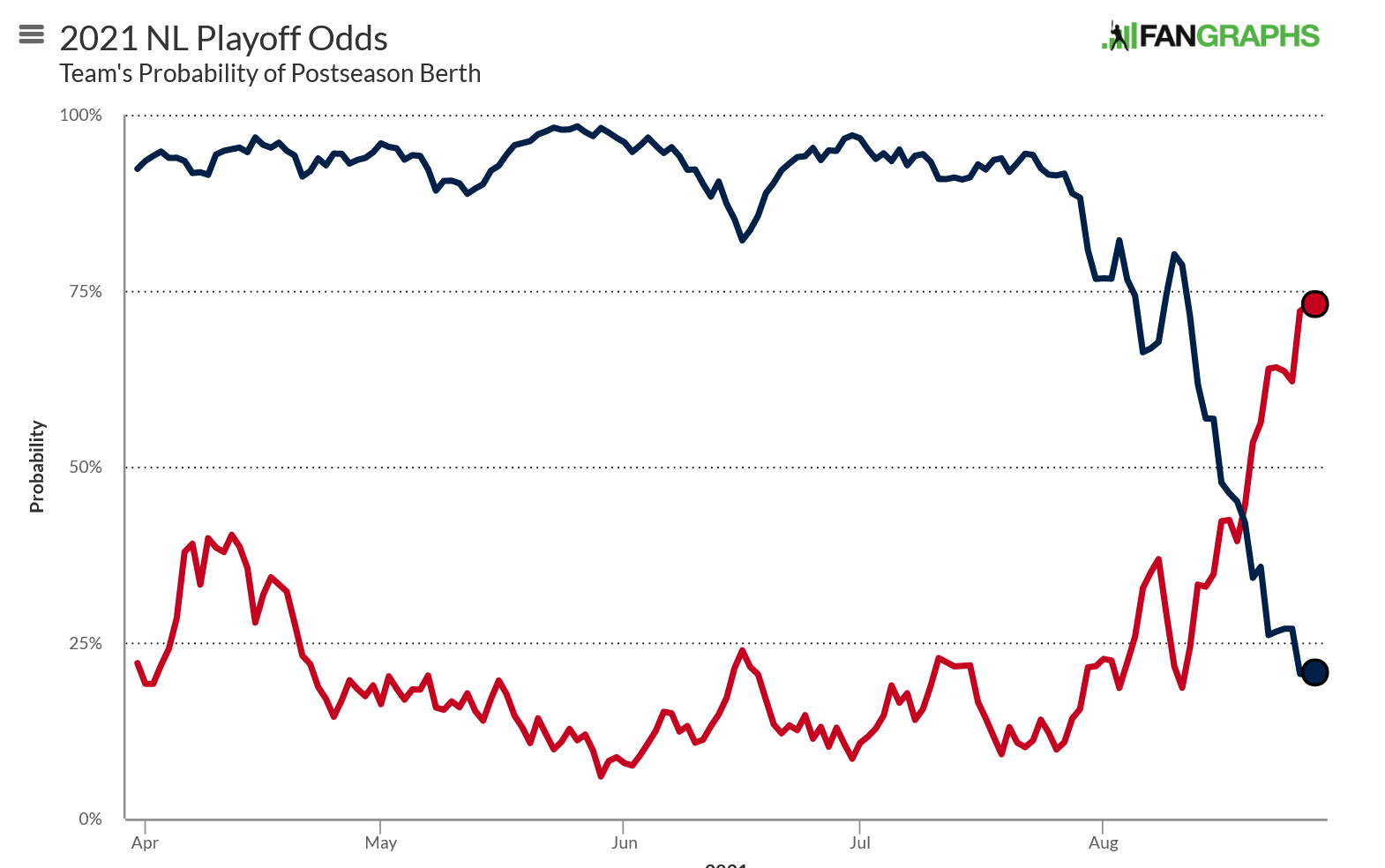 One team has fallen off of a cliff and the other team has taken off like Gamestop stock in late January.

The Reds, as we noted yesterday, have the second easiest schedule remaining in all of Major League Baseball. They need to go out and take care of business, but they should be able to do that if they continue to play as expected.

The first month of the season was a good one for Tyler Naquin. He posted a .914 OPS and hit six home runs. But then he struggled a bit for the next three months. From May through July he hit just .237/.293/.382 in 73 games. Overall to that point in the season his production was solid for a bench/utility player, but it was heavily weighted at the start of the year.