The Cincinnati Reds (49-47) will start the final series of their homestand tonight at 7:10 PM against the St. Louis Cardinals (49-48). The Cardinals have come out of the second half hot, as they have won 5 of 6. The Reds have to win this series to remain in second place in the division. 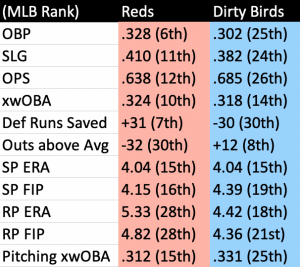 Tyler Mahle is having a really nice season for the Reds. His struggles this year can mostly be attributed to what he has done the third time through the order. Batters are hitting .298/.356/.556 the third time that he has faced them. Mahle of course would not have faced as many batters a third time with a better bullpen. Mahle has a career 4.88 ERA in 10 starts against the Cardinals, but he has pitched really well against them in 2 starts this season: 12.0 IP, 4 ER, 3 BB, 17 K, 3.00 ERA. 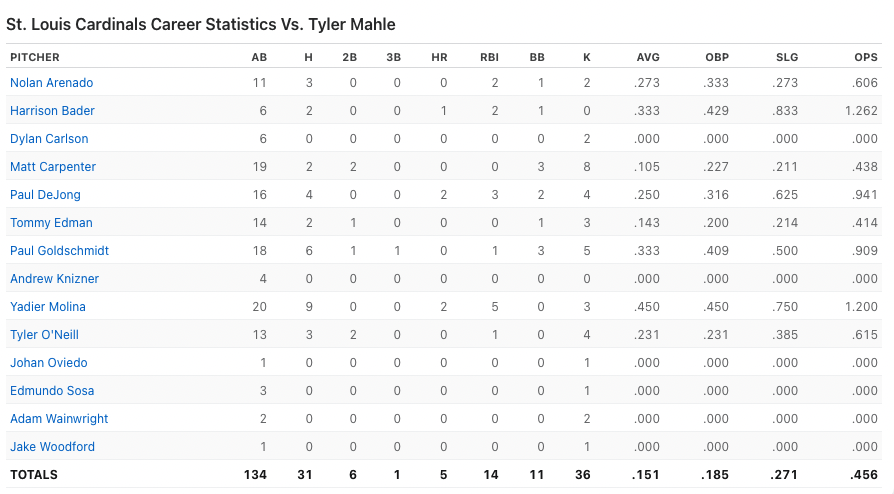 Wade LeBlanc was traded to the Cardinals from the Orioles in late May. He had been used as a reliever all year, but was moved to the rotation out of desperation (he had a 4.63 ERA as a RP). The Cardinals have been living well with LeBlach on the mound as he has a 2.50 ERA in 4 starts for them. However, he has allowed 17 hits and 8 walks in 18.0 innings, while only striking out 9 batters. He is certainly due for some major regression if he keeps that up.

The Reds have a .687 OPS vs LHP, the 6th worst in baseball. It doesn’t help their struggles to be missing Nick Castellanos, who is one of the best hitters in baseball vs LHP.

The Reds made some roster moves this afternoon. Doug Gray looked at them earlier today, but here’s the quick rundown:

It’s go time for the Cincinnati Reds. They’ve started just 1-5 to start the second half, but they have also faced some really good pitchers. That is over.

-Combined ERA of the first 6 SP the Reds faced in the second half: 2.82

-Combined ERA of the next 7 projected SP the Reds will face: 4.28