The two hottest teams in baseball with square off again on Tuesday night at 8:10 PM. Both the Cincinnati Reds (33-31) and the Milwaukee Brewers (38-28) are 11-3 in their last 14 games, the best record in baseball. The Reds offense continues to lead the National League in OPS at .764.

Luis Castillo will make his second consecutive start against the Brewers. Last time out, Castillo dominated the Brewers through five innings (1 H, 1 R, 1 BB, 5 K), but he walked two batters in the 6th inning and they both came around to score when Lucas Sims came in the game. Castillo’s last 3 starts in general have been good: 16.2 IP, 8 H, 6 R, 8 BB, 15 K, 3.24 ERA. 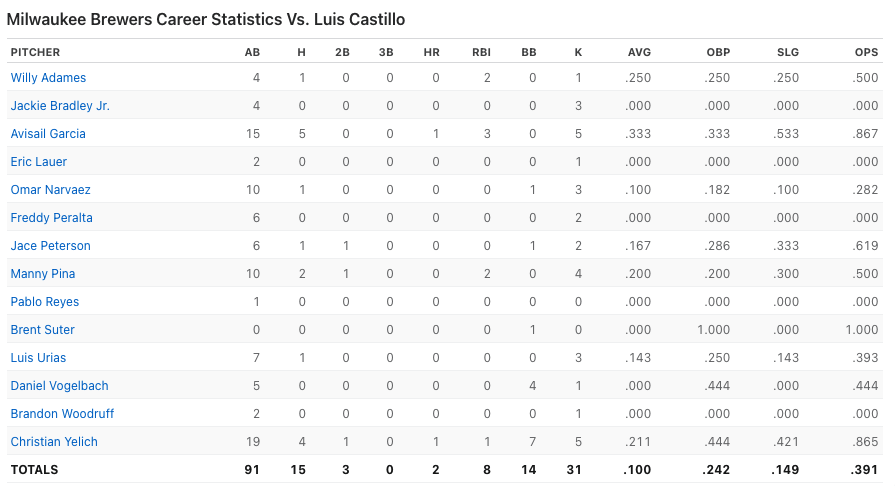 Jesse Winker gets a well earned, and well placed off-day against a LHP. Aristides Aquino bats second for the Redlegs.

The Reds are rolling. This is a game tonight that you should win with Luis Castillo on the mound against one of the worst starting pitchers in baseball. Win tonight and play with house money tomorrow. Go Reds!