Over the past several months, I have made a concentrated effort to become a better person, but this is extraordinarily difficult when New Era wants us to consider the following as an acceptable ambassador for our fair city: 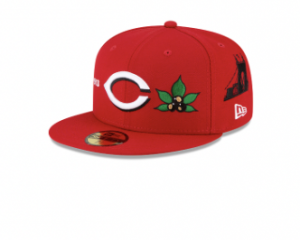 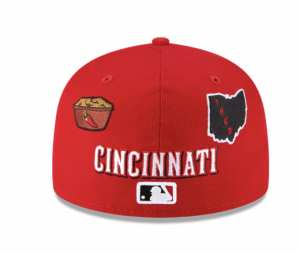 This is real, people. It’s not a leak; it’s not a troll. It is an actual hat designed by actual human beings, vetted, tested, manufactured, and now offered for sale in the hopes that you will exchange, for the right to count it among your possessions, the hours of your life expended in the effort to earn and keep 36 American dollars.

The impact of this digital vomit is so severe that it knocked the column I had under construction right into next week. It’s breaking news. It affects lives both young and old.

The new design was brought to my attention by C. Trent Rosecrans, via our own Chad Dotson, neither of whom would joke about a thing like this: 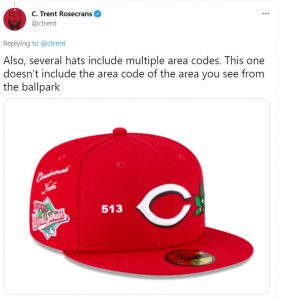 I scrupulously avoid criticizing the work of other creatives in public, because I know how it feels when precious work is under attack. I never leave one-star reviews for books even if they make me regret I ever learned how to read.

This hat, however, is the living embodiment of why everybody hates group projects. It looks like the teacher sent everyone out into the Internet to find one vaguely Cincinnati-related graphic, then included them all so that no one’s feelings got hurt. The result is the worst group project to occupy this city since the cicada emergence.

This hat has vaguely heard that city named “Cincinnati” exists, and it will let you know more just as soon as it checks out what NetscapeSearch has to say about it.

This hat is the baseball equivalent of a THIS IS MY CITY OF RESIDENCE banner. 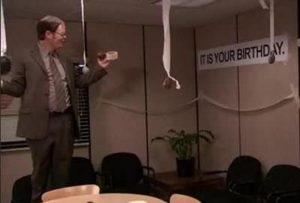 I teach college writing (I know, right?) and for the past seven weeks I have been screaming at my students about the importance of thesis statements as a foundation for a successful paper. “You need to tell the reader what’s coming,” I tell them. “Provide a full argument. You can’t just say ‘Mangos come from trees.’ It should be a complete preview of the paper. And don’t use cliches or casual language.”

So they’ll go away for a week and return with “From the beginning of to time to society today, everybody should believe mangos come from trees.”

I’m used to deeply mysterious thesis statements, is what I’m saying. This hat’s thesis statement is difficult to grasp, other than to perhaps advertise the fact that everyone involved here had access to Wikipedia and a trial version of Microsoft Paint.

The rest of you are doubtless as mystified by how this happened as I am, but for those of you struggling to decipher these enlarged store-brand emojis, let us conduct a starting discussion of why they suck:

-The buckeye leaf, ostensibly a tribute to the state tree but doubtless meant to bring to mind Ohio State University, misses the minor point that the vast majority of Cincinnatians live quite comfortably without any updates about Ohio State other than occasional confirmation that it’s probably still up there in the middle somewhere. No one paints their house scarlet and grey.  No one rolls through downtown draped with layers of buckeye necklaces. For anyone other than the occasional alum, It’s not a thing here. It’s just not.

Now if the hat managed to cram every insignia of every area high school in the same space– well then it would be getting somewhere.

-Because the dish of chili was rendered by a ten year old using a Commodore 64, it was deemed necessary to add a helpful picture of a chili pepper, even though Cincinnati chili is made in the Greek style, and therefore low-key chocolaty and cinnamony rather than peppery. As a matter of fact, the leading quality of our chili is its lack of pepper. I am aware that our chili is a great source of controversy both within (Gold Star vs Skyline vs everything else) and without (is it, or is it not, diarrhea ladled over a hot dog?) but at least read the freaking SIDE OF THE CAN. That’s online too. I promise.

-I am not even going to start with the new diagonal-based Year of Formation religion we all apparently belong to now.

-The silhouette of the Suspension Bridge is the least offensive aspect of this entire offense, but by the time you get to it, you’re exhausted by everything ever created.

I am now reliably informed every team’s hat has since vanished from the New Era website, and that is a pity. It is a stirring monument to an assumption of understanding, and gosh darn it that’s appropriate in society today.