Sometimes the horse racing fan in me obscures the etiquette of when it is acceptable to depart your team’s losing effort. If a chosen horse isn’t performing as expected, there’s not long to suffer, unless you’re doing it on NBC while Bob Baffert is carried aloft on a golden litter to the highest reaches of the clouds.

People don’t leave a horse race while it’s still going on. There’s always hope. You hold your ticket, and if you don’t hold your ticket, you can always hold another drink. We may puke on your shoes in the grandstand or abandon our children in an attempt scratch out a living trying to guess which jockey actually ate half a raisin that day, but we have our standards.

This isn’t quite the case in a baseball game. Before you find yourself in the perilous situation of deciding whether or not to change the channel or depart the scene, please talk to  your family about when Cleting out is best for you. 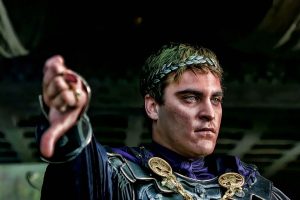 To Clete out is the process of abandoning a sporting event earlier than hoped for or expected. My family has named it in honor of my grandfather, Clete, who lived to be 92 and yet did not have time to waste on subpar efforts. He wielded his remote control the way a Roman emperor used his thumb at gladiator games.

“Holy cats. Look at this,” he’d say, a German sense of impatience and general doom slamming into the suspicion that every single person involved, especially him, was worthy of better than whatever was unfolding at the field at the moment. When thus displeased, the remote was aimed at the TV set and the Cincinnati Reds were no more.

I do not mean to suggest he was a fair-weather fan; my grandfather was born in 1909 and saw everything possible with this team with the sole exception of its founding. Even after Cleting out in disgust on a Monday, he was back on Tuesday for first pitch. Losing alone is not sufficient reason to Clete out; losing due to failure to advance the runners with the bases loaded and zero outs is.

It is, however, permissible to Clete out when stakes are high, or losing is unexpected and therefore intolerable. He missed a good deal of Game 4 of the 1990 World Series, as a matter of fact, during that terrifying first inning when the A’s started loading bases.

“Well, that’s it,” he said as the ball sailed over Jose Rijo’s head. “They’re gonna lose this one and probably the next four too.” The remote was called for, and the Reds were banished from his presence, replaced by Going My Way. My entire family, in attendance of our usual Saturday night visit, sat in the black-and-white aftermath, fully aware that the only way we were going to see the rest of this game was to depart his presence. So we left.

Cleting out can be executed loudly and angrily, or with a calm sense of detachment. There is no “I’m not mad; I’m disappointed” with Cleting out. You’re just done.

Techniques on Cleting out vary depending upon the form of consuming the game in progress, some of which I, as Clete’s direct descendant, have refined. When Cleting out from a game on the car radio, for example, I punch the power button so as to cut off the all noise entirely, particularly after a stupid play, so as to better register a highly pained sense of disapproval and allow the resulting silence to give rise to reflection on all who have been wronged this day.

The ultimate form of Cleting out is to physically leave a game one is attending, which should only take place under the most dire of circumstances, such as your own death. Clete’s directives classified an in-person baseball game as a great event that was—and this is key– expensive. It is imperative to stay long enough to get your money’s worth.

While the occasional Cleting out can be excused at a home game, it is never ever permissible when acting as the visiting team, so as not to give the other fans the satisfaction of the sight of your emotional defeat.

The rules of Cleting out do not apply while attending the athletic performance of a family member. You’re in that lawn chair for the duration.

I want to see your own parameters for Cleting out in the comments. I am more forgiving than my grandfather, but less resolutely abandoning. When do you find it acceptable to Clete out?