Because Sonny Gray could not reprise his usual role as stopper, it’s up to Wade Miley today to give the good guys a chance to halt this 5-game losing streak. Luis Castillo waits in the wings, but let’s not let it get to that, k?

The Cardinals threatened to single Miley silly in the bottom of the first, a run scoring on Nolan Arenado’s slap shot well out of the strike zone to give St. Louis the early 1-0 lead. 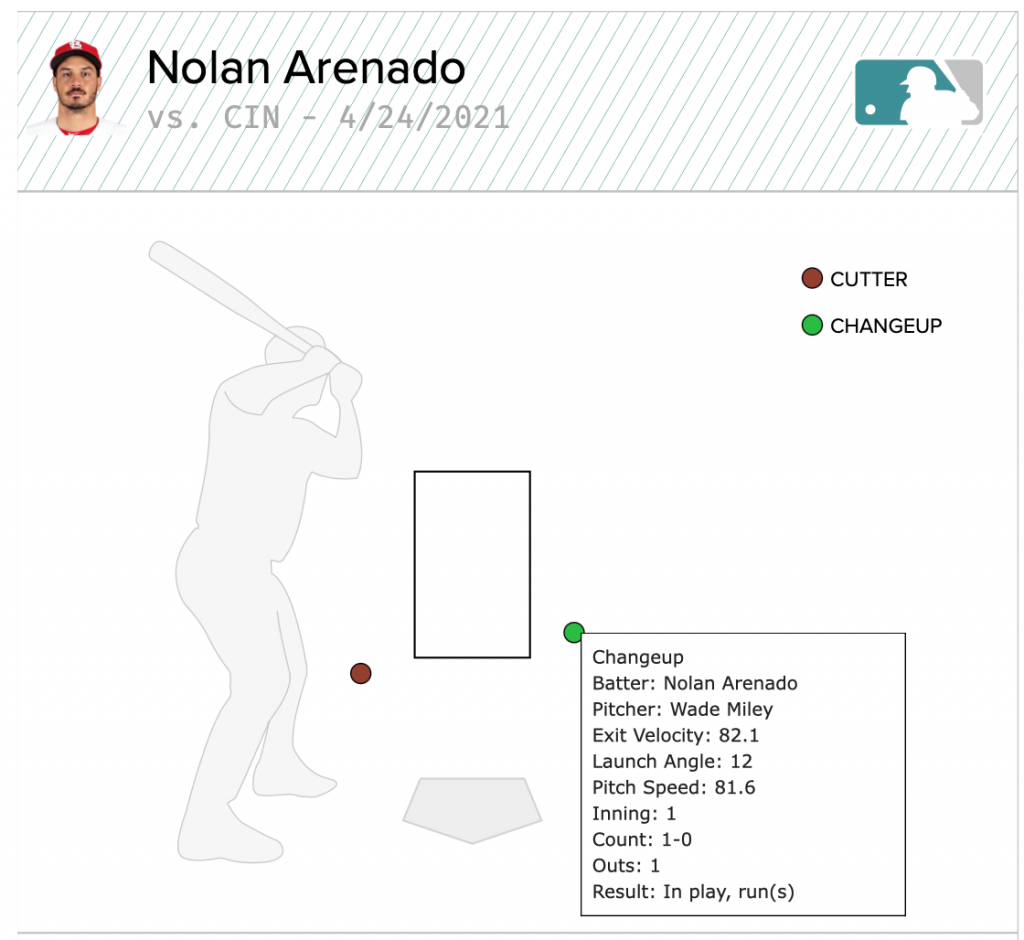 The game stayed this way for the next 5 innings. The Reds best chance to score came in the top of the 6th as pitcher John Gant began his third time through the lineup. Back-to-back singles with 1 out by Winker and Castellanos were squandered when Votto flied-out deep and and Eugenio Suaréz ground out to end the inning.

David Bell’s faith in Miley appeared well-served when he let him bat in the 6th and head back out to the mound in the bottom of the inning. But after walking O’Neill, Winker drifted back and badly misplayed a deep fly he thought was about to go over the fence, but fell well short. O’Neill would score all the way from first to make the score 2-0.

Sal Romano would work around a broken-bat single and a couple of hard hit balls, one that was fly out and another a single off Farmer’s glove to retire Arenado on a back-up-the-middle to the pitcher double-play to finish the 7th.

Heath Hembree came on to pitch a clean 8th.

Horton: “Winker is the best fastball hitter in baseball right now … the highest slugging percentage and the highest OPS on fastballs in the National League coming into play today.”

McLaughlin on Castellanos in the 8th:  “Slugging .804, fastballs in since the start of last season. That is the best in baseball.”

What Did We Learn Today?

The juxtaposition of the Tommy Edman defensive play in the top of the 4th—laying out to rob Eugenio Suaréz, and putting runners on first and third—with Kyle Farmer’s fumble on a ground ball to third in the bottom of the 4th, was a glaring reminder of what the Reds need to fix if they hope to go far this season.  Almost as if hearing my keyboard tap that out, Jonathan India made a fine jump-throw on a ball up-the-middle to retire the batter; and Farmer redeemed himself by making a solid play on a hard hit ball to third to end the bottom of the 5th inning.

The Winker misplay was yet to come.

Up and down the lineup, the Reds remained stymied by Cardinal pitching. Miley & Co. held the fort as long as they could, but no cavalry was forthcoming from the Reds’ bats.

On Deck for the Redlegs