The Cincinnati Reds (and the rest of Major League Baseball) announced the updated schedules for spring training games on Friday afternoon. Pitchers and catchers report next week – with the first workout being on February 18th. Position players will report a few days later with the first full team workout on February 22nd.

The first game of the spring will be against Cleveland on February 28th. The final game of spring training will be on March 29th against the Seattle Mariners. Opening day will take place two days later when the St. Louis Cardinals come to town on April 1st to take on the division leading Cincinnati Reds (sure, sure, it’s a 5-way tie at that point, but we’re going to say division leading Cincinnati Reds while we can). 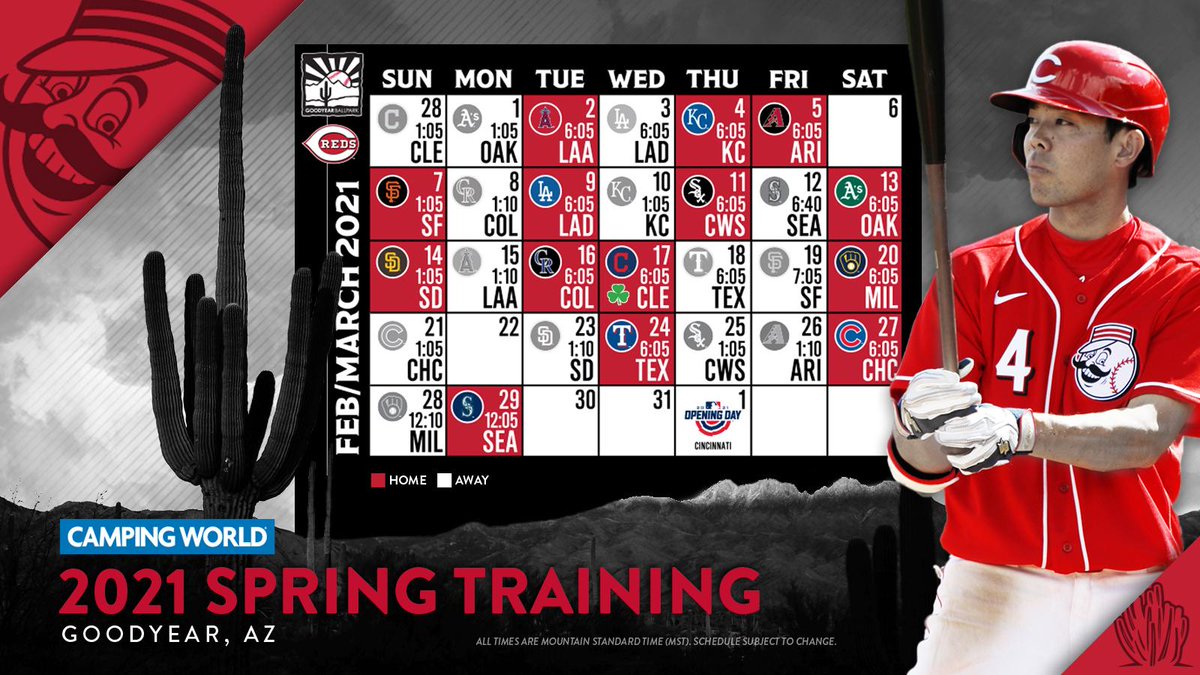 There are only two off days once games begin. Unlike years in the past there are no split-squad games. What’s also interesting here is the number of night games. There are a lot of them this year. There are 15 night games this spring and just 13 day games.

Speaking of spring training, it appears that Tucker Barnhart is already out in Goodyear, Arizona. The Reds Gold Glove Award winning catcher posted this video on twitter this afternoon:

Cincinnati would certainly take a Sadaharu Oh-like line from Tucker Barnhart this year. The greatest hitter ever from Japan, Oh hit .301/.446/.634 in his 22-year career and had an all-time record of 868 home runs in Japan’s Central League for the Yomiuri Giants. From 1963-1978 his OPS was never under 1.024. No pressure, Tucker.

Earlier today MLB, which now operates the minor leagues, announced which of the 120 teams would still remain, and which leagues and divisions that they would be a part of. Long story short, the Cincinnati Reds are keeping the same four teams that they had in 2019 for their full season affiliates.The Dayton Dragons are moving up a level and will now be the High-A affiliate, while the Daytona Tortugas are moving down a level and will now be the Low-A affiliate. The Chattanooga Lookouts remain as the Double-A affiliate and the Louisville Bats will remain as the Triple-A affiliate. For more details on the new leagues and who is in each league, as well as some other changes that will be taking place, you can check out the article over at RedsMinorLeagues.com for more information.