It is finally here. The Cincinnati Reds will play their first playoff game in 2,556 days at 12:08 PM this afternoon. It has been a long and painful road at times to get back to the promised land, but our Reds are here, and they are a nightmare.

The Reds will take on the Atlanta Braves. This is their third straight season in the postseason. While the Braves have been playoff regulars, they have failed to advance in 9 consecutive trips to the dance, with their last success coming in 2001 when they reached the NLCS.

#Reds are under 3 hours from 1st pitch vs. #Braves. Joey Votto and Sonny Gray are out early to stretch. pic.twitter.com/mT1MO3t5Ii

The Braves have seemingly been in control of making the playoffs this entire season. Since August 1st, their lowest odds of reaching the playoffs were 79.7%. They’ve been above 97.8% the entire month of September. However, in the end they only won 3 more game than the Reds. The Braves were 12-10 over their final 22 games, while the Reds were 14-8.

The Braves are lead by a scary lineup. Their trio of Freeman, Acuna and Ozuna were the first trio to finish in the top 5 in OPS in the NL since since Morgan, Foster and Rose in 1976. You will clearly see in the MLB team rankings below this is a matchup of good pitching vs good hitting. Let’s hope that age old adage that good pitching beats good hitting stands up. 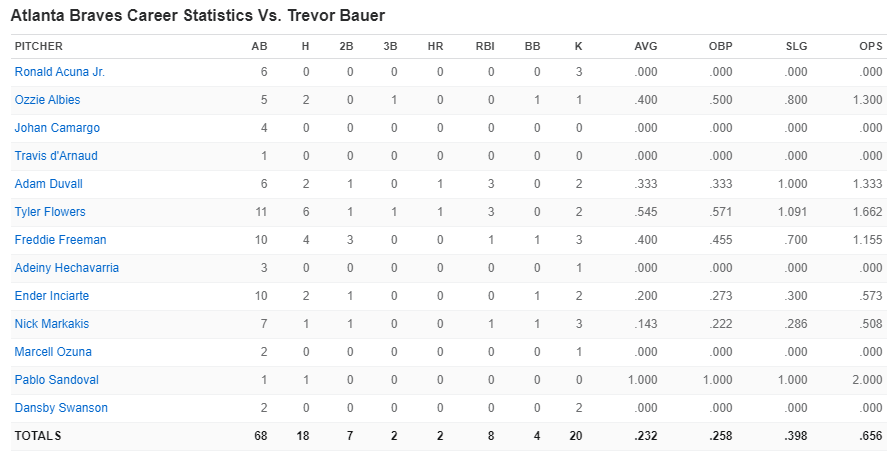 Max Fried has a career 5.14 in 7.0 innings against the Reds. Joey Votto is the only current Red with a hit off him. Scooter Gennett hit a walkoff homer against him in 2018, and Jose Peraza and Phillip Ervin had hits off him. Fried has a 4.91 ERA with 7 K and 5 BB in 11.0 innings during the month of September 2020. Fried has dealt with back and ankle injuries this season, and only had 2 starts in the past month.

Hanging out, getting ready for tomorrow and decided to share this with you. Just in case you're called on to pinch hit in the @Braves @Reds game. Even if you don't get in the game, check us out for the post game show on @FOXSportsCincy https://t.co/py1QYgnucW pic.twitter.com/LI7OtZAWcb

Nick Senzel is batting leadoff for the first time since August 11th. Senzel is just 2 for 25 with 0 walks since returning from the IL. It looks like David Bell’s play here is to try to shoot come confidence into him. Hopefully he will feed off that. We are still waiting on the Braves lineup. I’ll post it here as soon as it is released.

Here is the Reds' full 28 for the NL Wild Card Series!#RedsOctober #GoodVibesOnly pic.twitter.com/ZcnQ8iLP86

The biggest surprises here are no Tyler Stephenson or Anthony DeSclfani. The Reds elect to go with Matt Davidson as their bat off the bench against the a LHP and Travis Jankowski as a potential late-inning pinch runner. Robert Stephenson making the roster also comes as a bit of a surprise.

If you watched Shane Bieber get shelled last night, you would understand that nothing is given. Trevor Bauer is about to be the first Cincinnati Red ever to win the Cy Young. That unfortunately will mean very little when the game starts. Bauer does seem as poised as anyone possibly can be for this moment. Carry us on your back, Trevor. We will try to remember to breathe. Go Reds!