The Cincinnati Reds, the #7 seed in the National League, will take on the Atlanta Braves, the #2 seed in the National League, beginning on Wednesday. Major League Baseball has not announced game times beyond Wednesday – but we do know when and where for game one. Atlanta will host the entire series, which is a best-of-three set. Game one will be played at 12:00pm ET on ESPN and will be the first game of the day. And it’s going to be a heck of a day around baseball, too, with all eight series talking place on the day with starts staggered between noon and 10pm ET.

Game two, and game three if needed, will also be on “the ESPN Family”, but which specific channel hasn’t yet been named. Here’s the whole first round schedule as we know it right now. 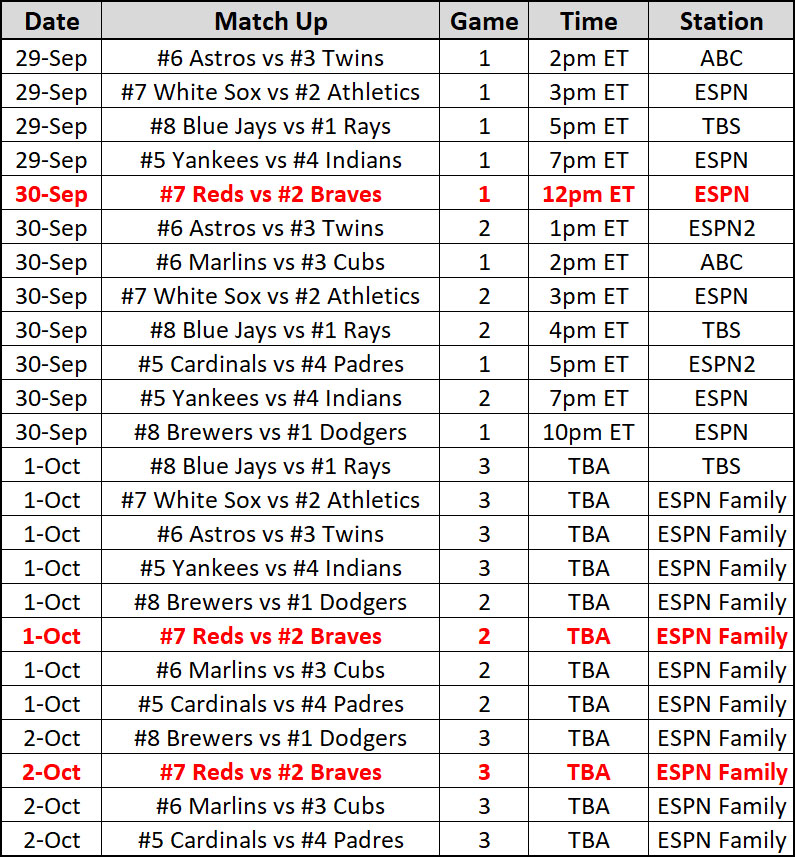