The sim Cincinnati Reds finished 81-81 in Strat-O-Matic’s 162-game season simulation which was concluded today. Cincinnati missed the playoffs, and in fact finished fourth in the division, behind Chicago, St. Louis and Milwaukee.

Here is the image showing how the season playoffs went, with the Los Angeles Dodgers winning the World Series over the Houston Astros:

Here are the final full-season hitting and pitching statistics for the sim Reds: 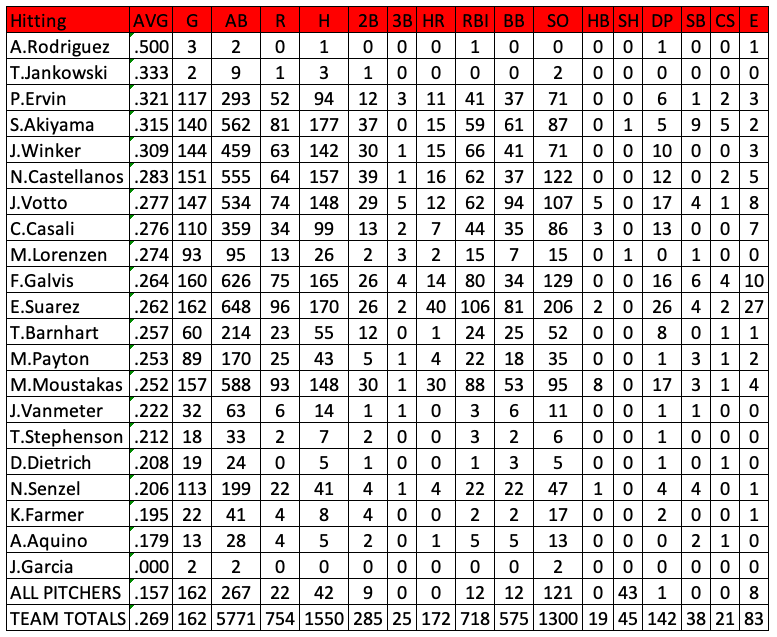 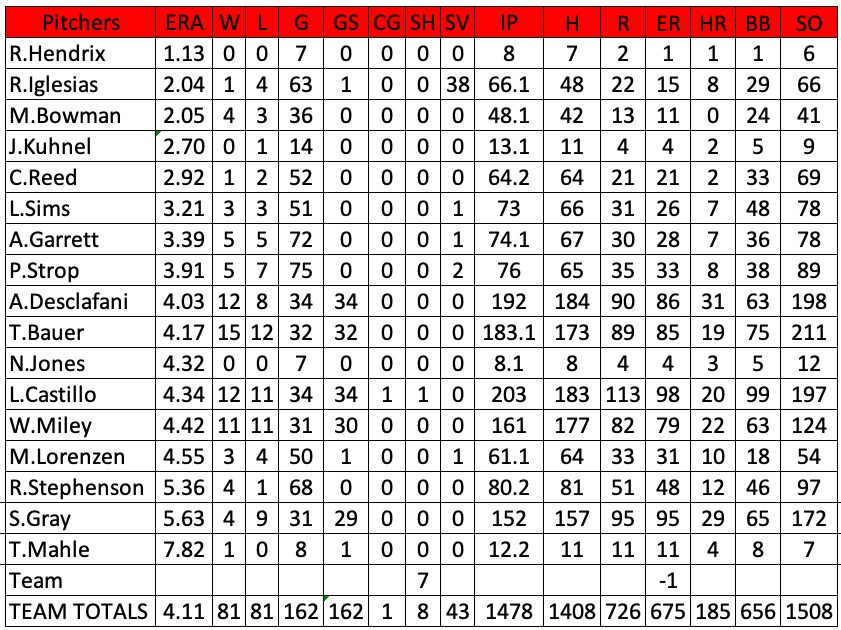 Therefore, Strat-O-Matic’s record while making the managerial moves was 32-34.

From Strat-O-Matic regarding the overall sim season:

Individual awards were selected as follows:

On Friday, Strat-O-Matic released results of a 60-game simulation:

We did not receive the in-depth individual player stats for each team, but the sim Reds’ leading hitting apparently was Nick Castellanos with a .301 average and 18 doubles.

I did cast a doubtful eye on this when I noted in the league leader stats that Jose Garcia was among the league leaders in errors with nine, and that Tyler Stephenson apparently was the Reds’ primary catcher. Presuming that there weren’t major injuries to Freddy Galvis, Tucker Barnhart and Curt Casali, there is no way that Garcia and Stephenson would be playing everyday roles in a 60-game sprint.

Last year at this time, we probably would have been very optimistic about two simulations with the Reds finishing at .500. This year, not so much. 🙂