Mike Moustakas’ three hits and five runs batted in were the catalyst for a balanced offensive attack that led the Cincinnati Reds (50-49) to a convincing 10-2 victory over the Chicago Cubs (51-48) at Wrigley Field.

The sim Reds scored five runs in the top of the first off Cubs starter and loser Jon Lester. Curt Casali knocked in two runs with a single in the inning, and Moustakas, steady Freddy Galvis and Nick Castellanos also contributed run-scoring singles. Moustakas was the engine that allowed the Reds to add insurance runs late in the game to put it out of reach. He hit a two-run homer in the eighth, and a two-run single in the ninth.

The winning sim manager credited the stellar work of the innovative sim second-base coach who needed some Icy-Hot on his shoulder after the game from having to wave so many runners from first to third and beyond.

Anthony DeSclafani got the win, his seventh. Ryan Hendrix made his sim major league debut with a scoreless inning, and Lucas Sims finished up with two scoreless frames.

Eugenio Suarez and Phillip Ervin each had three hits, along with Moustakas, to pace the 16-hit attack. The first four batters in the sim Reds order batted 10-for-21, with a walk drawn by Suarez as well. 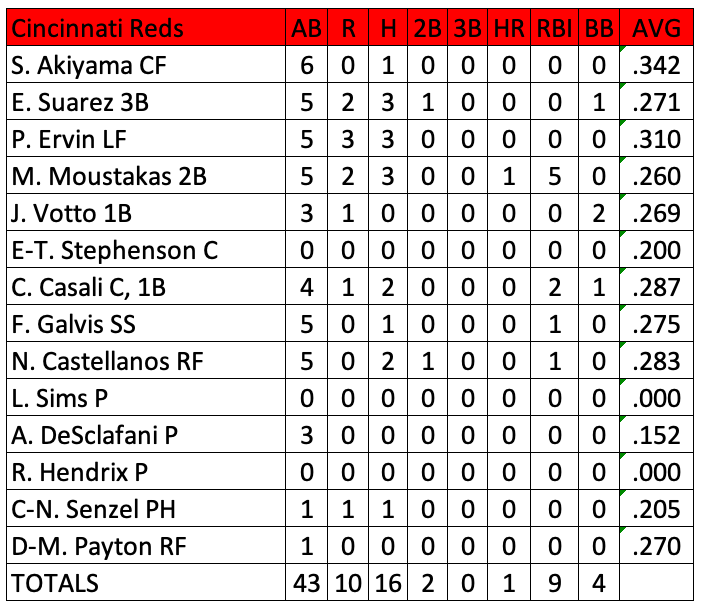 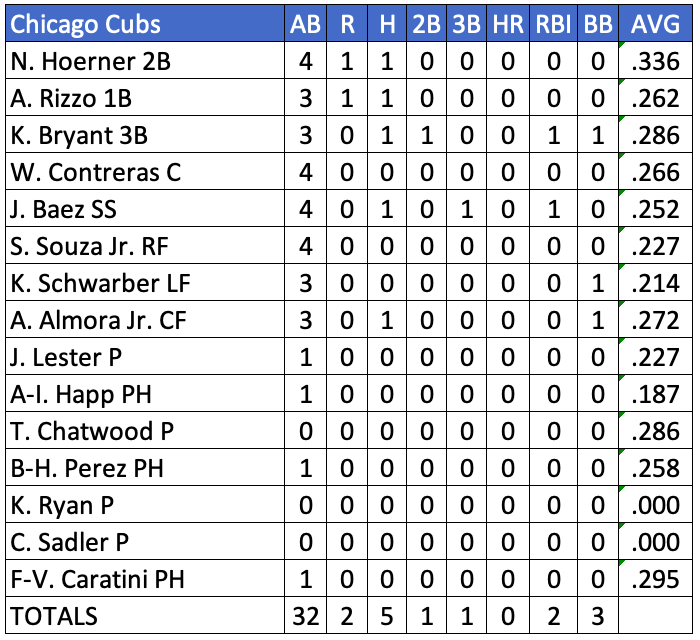 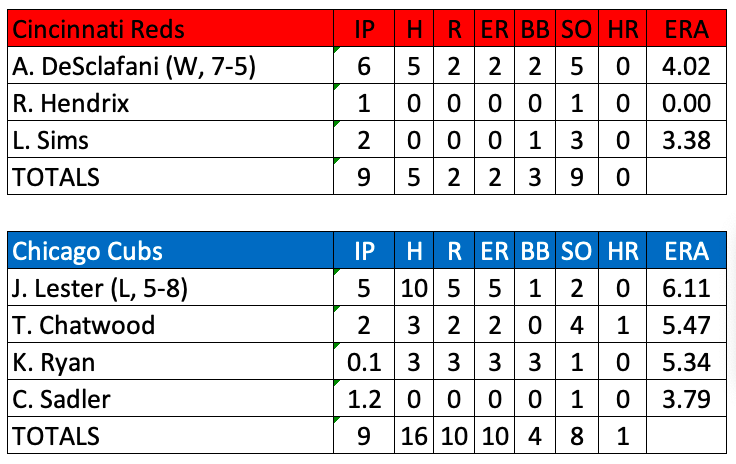 Cincinnati’s win allowed them to gain on all three teams ahead of them in the NL Central, who all lost today. The win allowed Cincinnati to avoid a three-game sweep by the Cubs and pull back within one game of Chicago.

The 2020 schedule has the Reds off Monday, then returning home Tuesday to open a three-game series against the Mets. Luis Castillo or Sonny Gray will pitch for the sim Reds. The starter for the Mets has not yet been announced by Strat-O-Matic, but we will update here when that is known.

Update: Righthander Michael Wacha will start for the Mets.