Wilson Contreras’ two-run home run in the seventh inning off reliever Joel Kuhnel lifted the Chicago Cubs (51-47) to a 3-1 victory over the Cincinnati Reds (49-49) at Wrigley Field.

With one out in the bottom of the seventh and the score tied at 1-1, Kris Bryant singled and then Contreras launched what proved to be the game-winning bomb over the ivy-covered wall at the Friendly Confines.

Kyle Schwarber plated a run in the second against Wade Miley, who extended his scoreless innings streak to 12 before the Middletown native’s ground-ball force-play that opened the scoring. Steady Freddy Galvis tied it up quickly in the top of the third on his 11th homer, a solo shot that was the first of his three hits. Eugenio Suarez also had three hits and added a walk for a four-times-on-base performance. But all of that was not enough on this day. 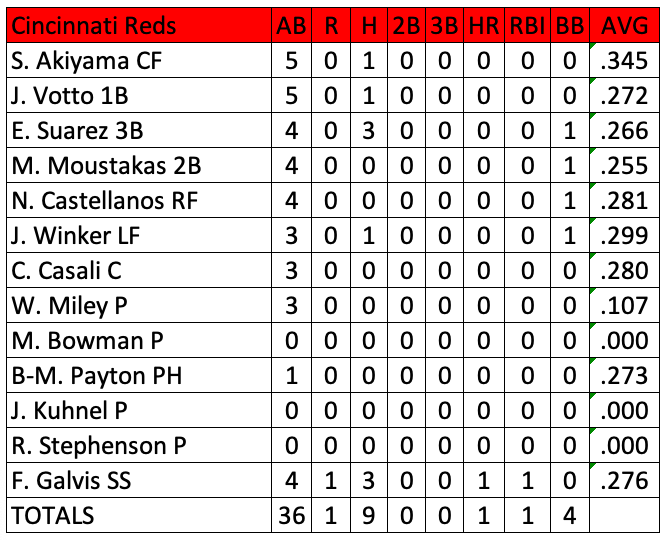 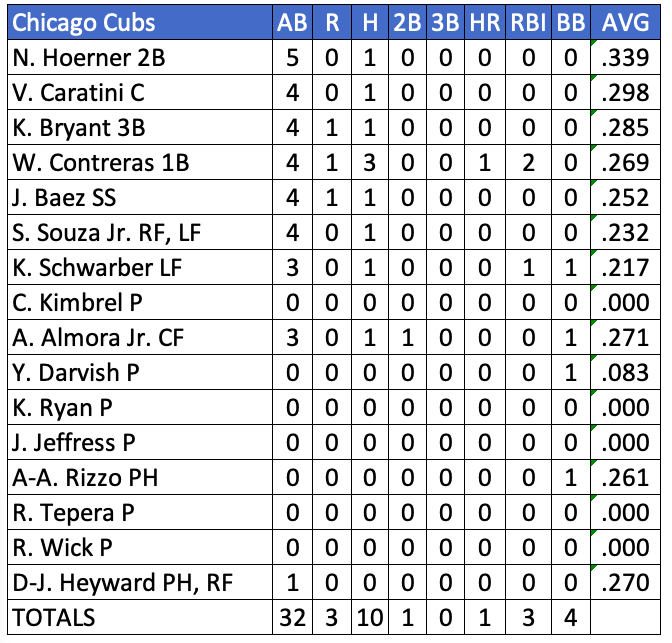 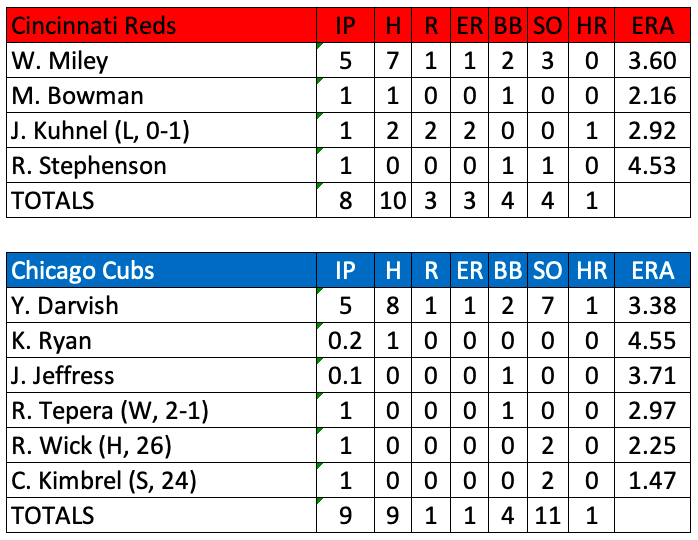 Chicago’s win allowed them to gain on both Milwaukee and St. Louis, who both lost today.  Cincinnati remains four and a half behind division-leading Milwaukee.

The 2020 schedule has the Reds and Cubs playing the final game of the three-game series at Wrigley Field on Sunday. Whoever the Redleg Nation commenter/manager turns out to be will choose the starting pitcher from anyone except Miley and Trevor Bauer. Lefthander Jon Lester will pitch for Chicago.