A two-run rally in the bottom of the fifth inning was the difference for the Chicago Cubs (50-47), as they scored a critical 4-2 win over the Cincinnati Reds (49-48) at Wrigley Field.

With the score tied at 2-2 in the bottom of the fifth, Steven Souza Jr. led off against sim Reds starter and loser Trevor Bauer with a double. Albert Almora Jr. then followed with a triple to right field, scoring Souza. Almora scored when Nick Castellanos failed to cleanly field Almora’s extra-base hit, putting the home team ahead 4-2, which was the final score.

Chicago scored first in the bottom of the third on Anthony Rizzo’s two-run homer, but the Reds came right back in the top of the fourth on a two-run dinger by Mike Moustakas. After the Cubs went ahead, the sim Reds’ best opportunity to rally came in the top of the eighth, when Shogo Akiyama led off with a walk and Michael Lorenzen followed with a single. However, Cubs righthanded reliever Rowan Wick then retired the heart of the Reds order — Joey Votto, Eugenio Suarez and Castellanos — without any further advance of the runners.

Freddy Galvis led the Reds offensively with three hits, and Moustakas and Castellanos tallied two each. 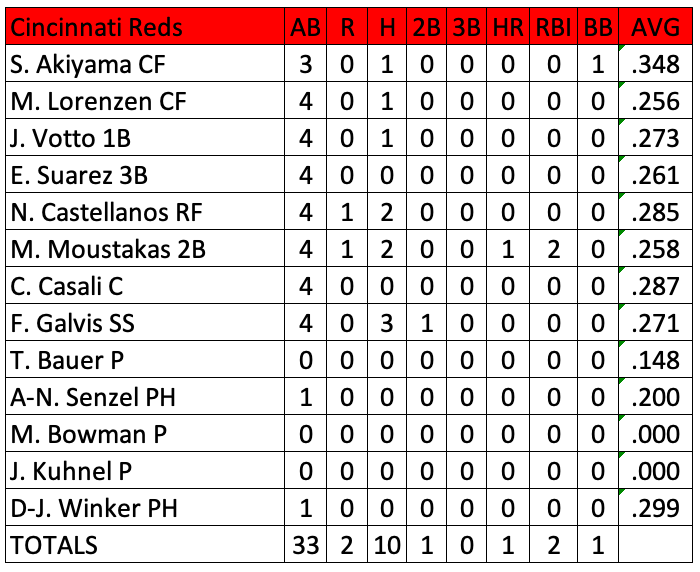 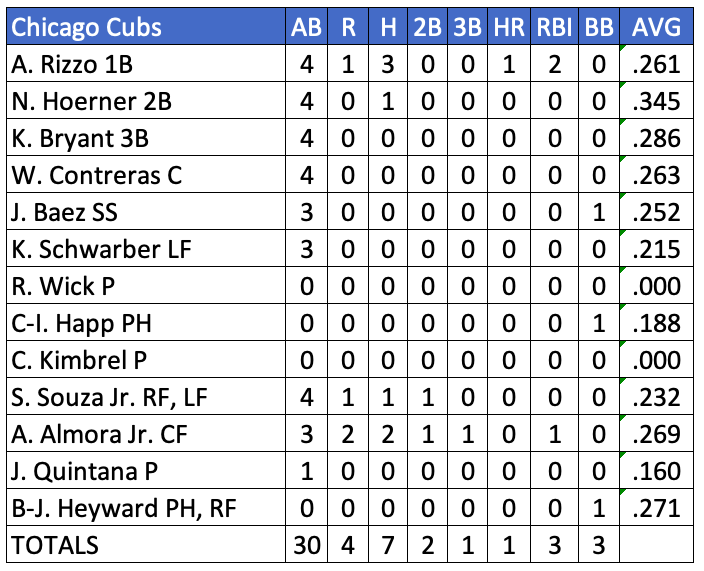 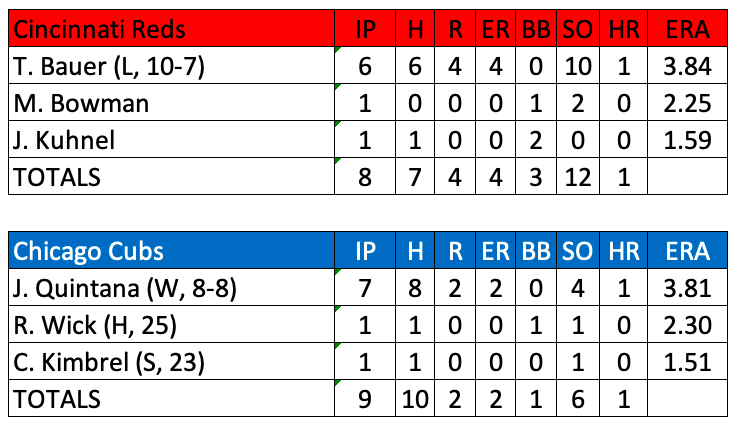 Chicago’s win allowed them to keep pace with Milwaukee and St. Louis, who both also won today.  Cincinnati fell out of a tie with the Cubs and into fourth place, one game behind Chicago and four and a half behind division-leading Milwaukee.

The 2020 schedule has the Reds and Cubs playing game two of the three-game series at Wrigley Field on Saturday. Whoever the Redleg Nation commenter/manager turns out to be will choose the starting pitcher from anyone except Bauer. Righthander Yu Darvish will start for Chicago.