A five-run sixth inning against starting and losing pitcher Anthony DeSclafani lifted the Pittsburgh Pirates (37-58) to a 10-5 victory over the Cincinnati Reds (48-47) at Great American Ball Park.

With the game tied 1-1 after four innings, Pittsburgh’s Jacob Stallings walked to lead off the top of the fifth, and the next two batters walked to load the bases. Winning pitcher Joe Musgrove then singled to knock in two, and the floodgates were opened.

The sim Reds closed to within 6-5 with two in the sixth on a Curt Casali double and two in the seventh on run-scoring hits by Joey Votto and Mike Moustakas. But Reds relievers Joel Kuhnel and Michael Lorenzen allowed two runs each in the eighth and ninth innings, respectively, to remove any sense of suspense in the outcome.

Shogo Akiyama’s batting average has been in a gradual decline for a couple of weeks, but despite an 0-for-4 day today, he still leads the sim league in batting average at .346, one point better than Colorado’s Charlie Blackmon. 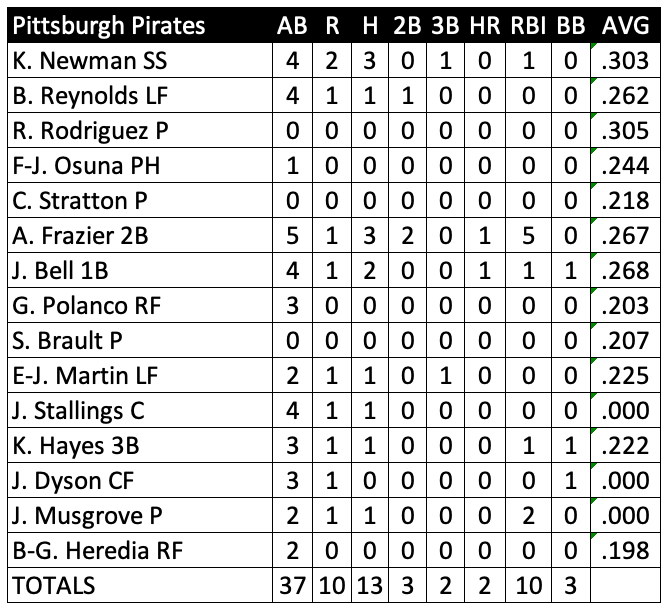 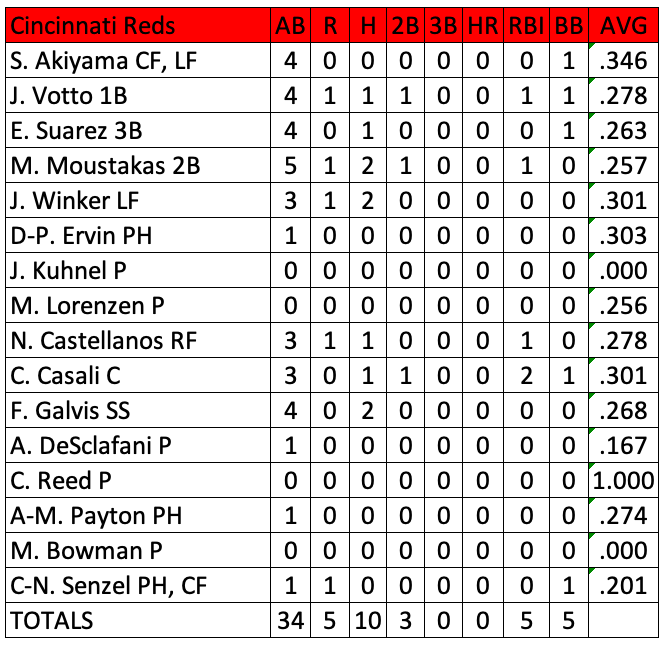 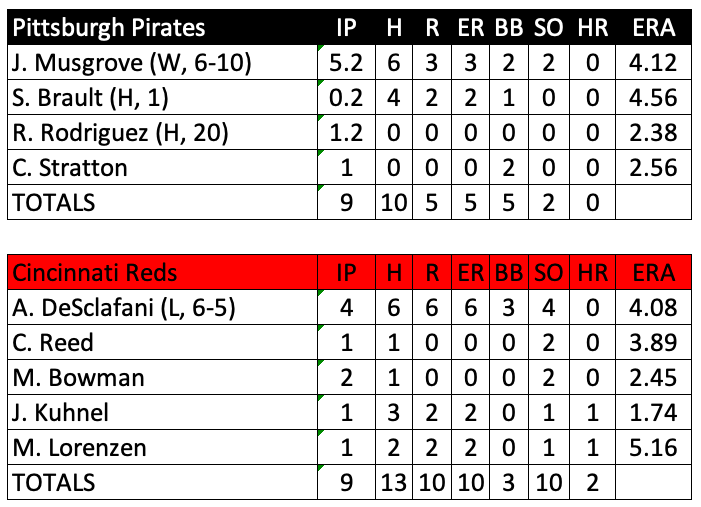 Milwaukee and St. Louis remained in a virtual tie for first place in the NL Central by both winning. Cincinnati and Chicago both fell a game further off the pace due to losses.

The 2020 schedule has the Reds playing the rubber game of the three-game series Sunday against the Pirates at Great American Ball Park. Wade Miley and Sonny Gray are both eligible to pitch for the sim Reds. Righthander Mitch Keller will start for Pittsburgh.