Eugenio Suarez broke out of a bit of a batting funk by hammering three hits, including his team-leading 26th homer, and driving in three runs to lead the Cincinnati Reds (48-46) to an 8-6 victory over the Pittsburgh Pirates (36-58) at Great American Ball Park.

The sim Reds scored four runs in the first after it appeared a promising rally had been snuffed out. Pirates starter and loser Derek Holland walked the first three batters he faced, but the fourth batter, Nick Castellanos, hit a fly ball to Pittsburgh centerfielder Jarrod Dyson, who threw Shogo Akiyama out at the plate trying to score. But Michael Lorenzen followed with an RBI single, and Curt Casali smashed a three-run homer to give Cincinnati a 4-0 lead. In the third inning, Casali’s single plated Castellanos, who had doubled, to increase the lead to 5-0.

But after recording the first out in the top of the sixth, sim Reds starter and winner Trevor Bauer allowed three consecutive base runners, capped by a three-run home run by Josh Bell to bring the Bucs back within 5-3.

Bauer recorded his team-leading 10th win, although it wasn’t his best effort. He allowed three runs on five hits in three and one-third innings and admitted after the game that he allowed a mental distraction to affect him.

“The first time I pitched for (Redleg Nation winning commenter/manager) James (Owens), he and his wife had just had their baby boy, and I pitched my heart out that day in hopes they would consider naming the newborn boy Trevor,” the sim Bauer said. “It might have been foolish, but I thought to myself if I struck everybody out today, maybe the skipper would reconsider. So I put too much pressure on myself, and as a result, I didn’t pitch as well as I had hoped.”

In the bottom of the eighth, Suarez smacked his homer following a single by Akiyama and a walk to Phillip Ervin to give the sim Reds what turned out to be three very needed insurance runs. The Bucs touched up Cody Reed for two runs in the ninth, but they weren’t a factor in the final outcome.

Some bad news for the sim Reds: Reliever Pedro Strop suffered an injury while pitching in the top of the eighth inning, and will miss the next 11 games. Redleg Nation readers will be asked to decide via nominations and votes who will be recalled to replace Strop. Pitchers must go on the injured list for a minimum of 15 games.

In case you missed it, Akiyama was the only Red named to the National League team for the Strat-O-Matic sim All-Star game being played next week. 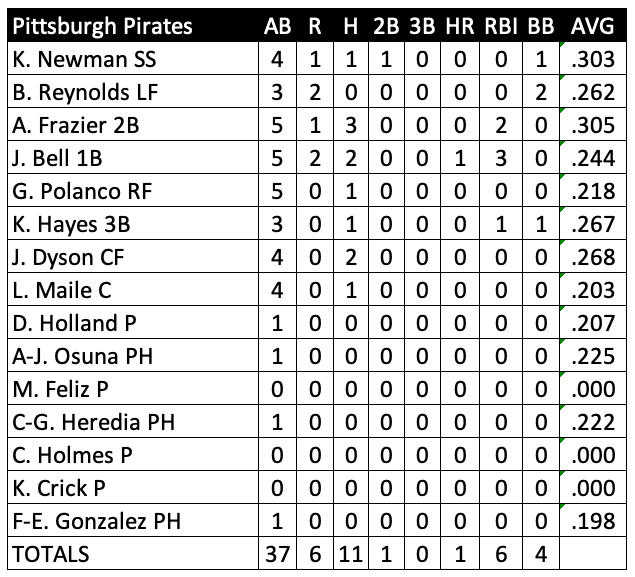 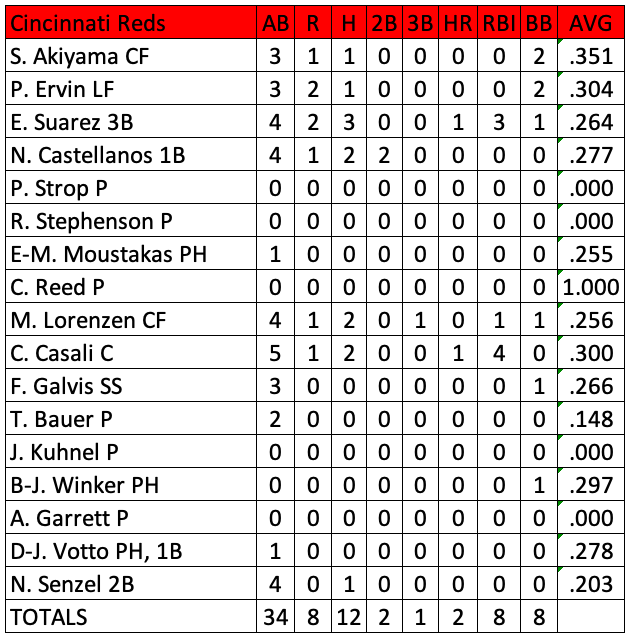 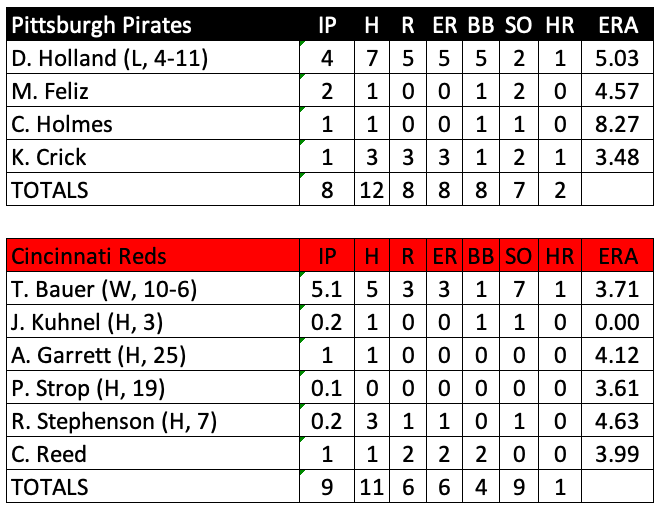 The 2020 schedule has the Reds playing game two of the three-game series Saturday against the Pirates at Great American Ball Park. Anthony DeSclafani and Sonny Gray are both eligible to pitch for the sim Reds, and the decision will be made by Friday’s winning commenter/manager James Owens. The starting pitcher for Pittsburgh has not yet been announced, but this will be updated when we receive the information from Strat-O-Matic.

UPDATE: Righthander Joe Musgrove will pitch for the Pirates.

James Owens has priority for Saturday’s lineup since he was today’s winning commenter/manager. Have fun with this! If you have any questions, please post them in the comment string below. Here are the “managerial records” of our Redleg Nation participants to date: