Limited to four hits, the Cincinnati Reds (47-46) saw their five-game winning streak come to an end in falling to the Cleveland Indians (56-37) by a 4-1 score at Great American Ball Park.

Sim Reds starter Luis Castillo pitched decently, but surrendered a two-run home run to Francisco Lindor in the top of the fifth which proved to be more than enough for the visitors. The home run was a two-run shot because the batter before Lindor — Indians starting and winning pitcher Zach Plesac — reached first base when Jesse Winker dropped his fly ball to left field.

Cincinnati’s only run came in the eighth when Curt Casali led off with a triple, his second hit, and then scored on a ground ball out by relief pitcher Michael Lorenzen. 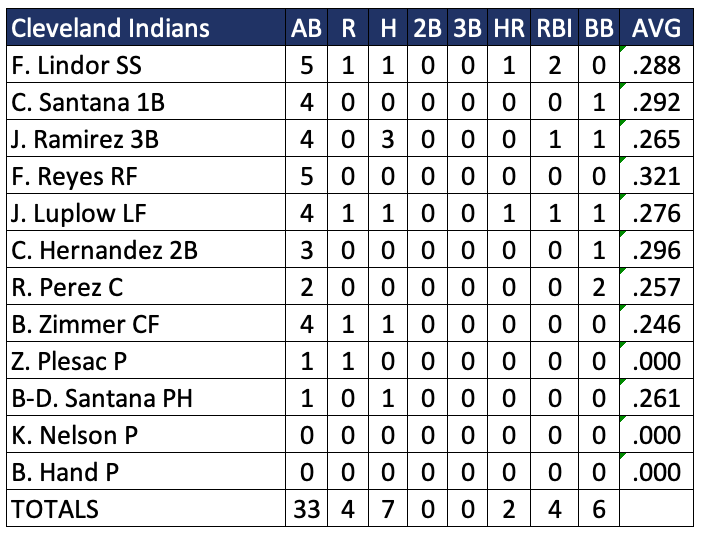 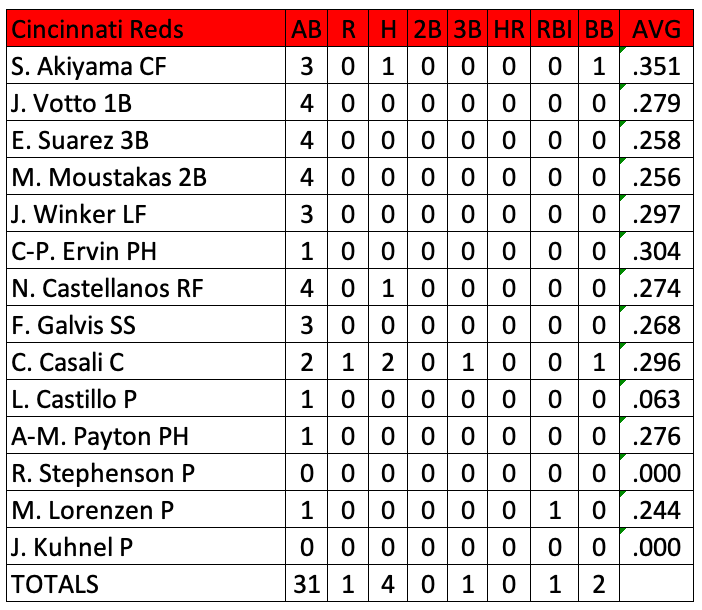 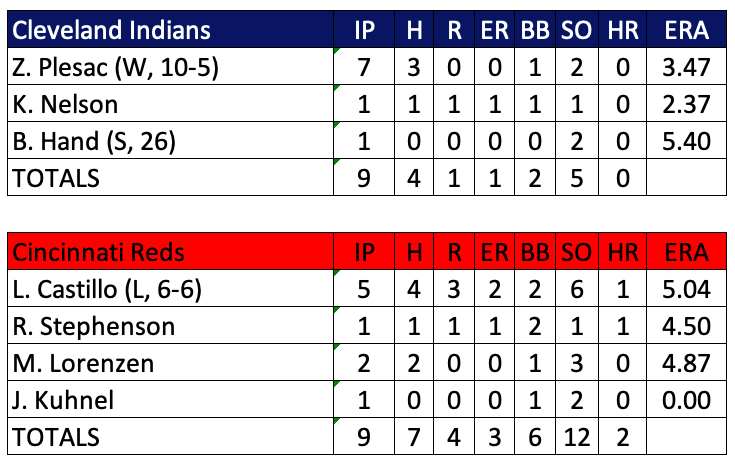 In the Wild Card race, St. Louis is two behind Atlanta for the second berth, and the Reds and Cubs are both four games back.

The 2020 schedule has the Reds off Thursday, then opening a three-game series Friday against the Pirates at Great American Ball Park. Trevor Bauer, Anthony DeSclafani and Sonny Gray are all eligible to pitch for the sim Reds, and the decision will be made by Friday’s commenter/manager. Lefthander Derek Holland will start for Pittsburgh.