Jesse Winker’s three-run home run in the first inning was more than enough to lead the Cincinnati Reds (47-45) to their fifth consecutive victory, 7-1 over the Cleveland Indians (55-37) at Great American Ball Park.

Sim Reds pitching continued its recent hot streak, with starter and winner Wade Miley pitching five shutout innings. The Reds were one out away from a combined shutout when Sonny Gray, inserted for his first relief appearance of the year by winning Redleg Nation commenter/manager Melvin, allowed a pinch-hit single by Bradley Zimmer to score Cesar Hernandez and break up the shutout bid.

There was some bad news for the sim Reds, however. Catcher Tucker Barnhart hit a bases-loaded ground ball with one out in the eighth inning. While hustling to beat out the Indians’ attempt at a double play, Barnhart sustained an injury that will keep him out for the next 10 games. Redleg Nation readers will be asked in the comments below who should be recalled to take Barnhart’s roster spot while he is on the disabled list.

The sim Reds moved into a tie for third place with the Cubs, both now with 47-45 records and three games behind division-leading Milwaukee. 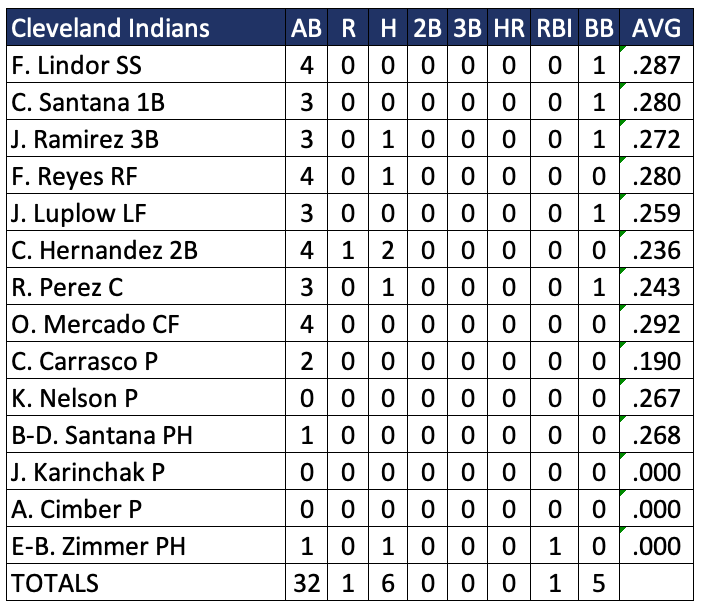 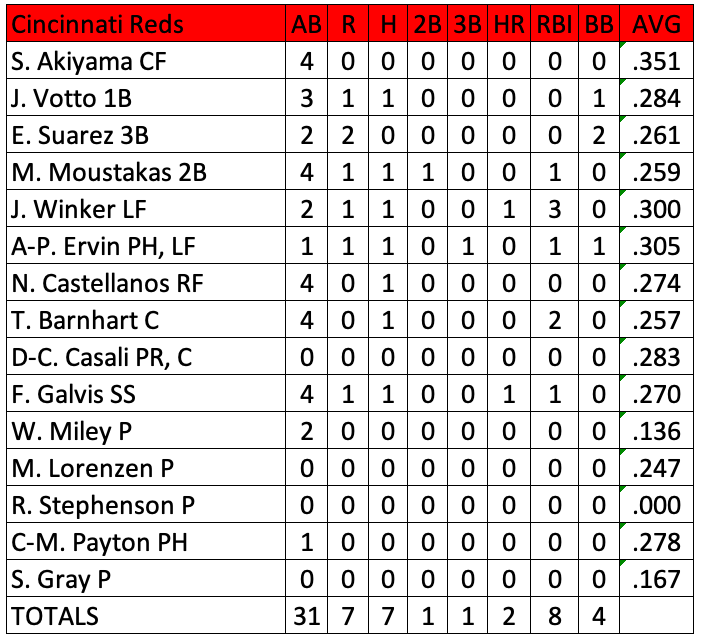 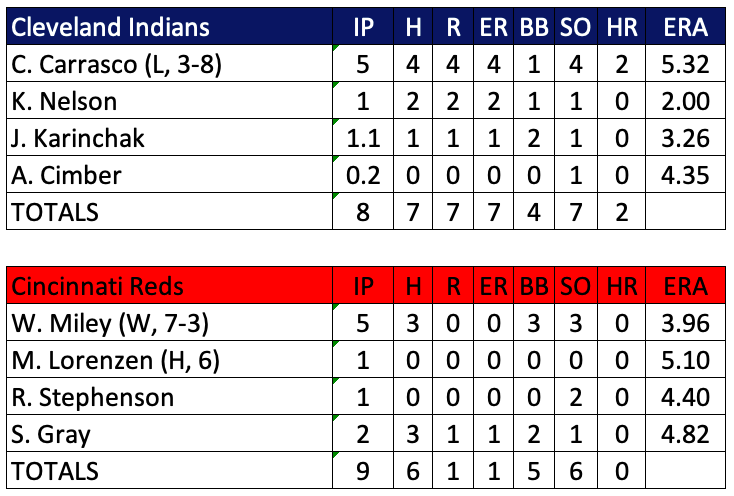 The 2020 schedule has the Reds going for the two-game sweep of the Indians Wednesday at Great American Ball Park. Luis Castillo will pitch for the sim Reds, while right-hander Zach Plesac will start for Cleveland.

Since Melvin was the victorious Redleg Nation commenter/manager today, he has priority for Wednesday’s lineup. Have fun with this! If you have any questions, please post them in the comment string below. Here are the “managerial records” of our Redleg Nation participants to date: