Mark Payton led off the top of the eighth as a pinch-hitter for Pedro Strop and singled. After Freddy Galvis struck out, Shogo Akiyama followed with his third hit of the game, a double, moving Payton to third. Joey Votto then hit a sacrifice fly driving in Payton with the go-ahead run. Eugenio Suarez then followed with a single that drove in Akiyama — who was waved home in a very animated fashion by Redleg Nation commenter/manager Melvin, serving as a third-base coach — with what turned out to be the game-winning run. Arizona then scored a single run in the bottom of the eighth off Amir Garrett to pull within 6-5. Raisel Iglesias came on with two outs in the bottom of the eighth to strike out Eduardo Escobar with the potential tying and go-ahead runners on base.

Trailing 2-0 in the top of the third inning, the sim Reds scored three times — one on a double by Suarez and two more on a double by Jesse Winker off Arizona starter Zac Gallen. Nick Castellanos hit a solo homer in the sixth which tied the game at 4-4.

Votto continues to look more and more like the vintage version of himself. In five plate appearances, he singled twice, walked twice, and hit the afore-mentioned eighth-inning sacrifice fly. As in recent real seasons, Votto has come on after a very slow early-season sim start at the plate.

The victory — the team’s second straight for Melvin — pulled the sim Reds within two games of the Cubs and Cardinals, tied for second, and four games of first-place Milwaukee, which fell to St. Louis today. 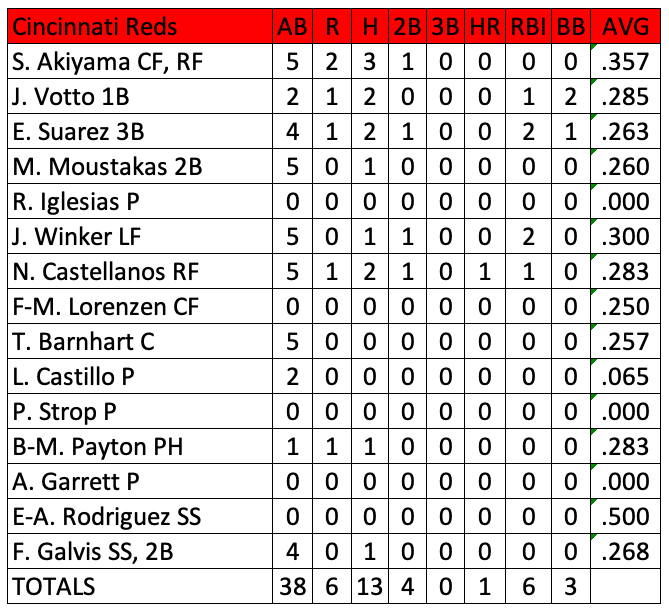 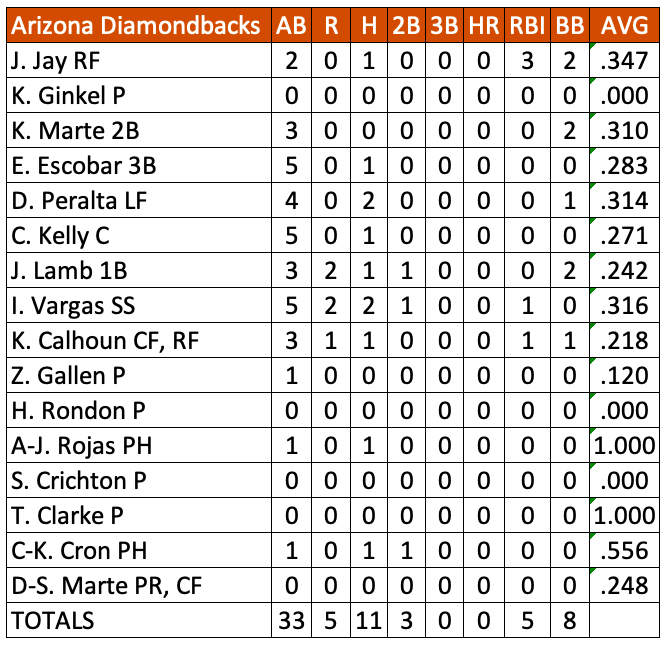 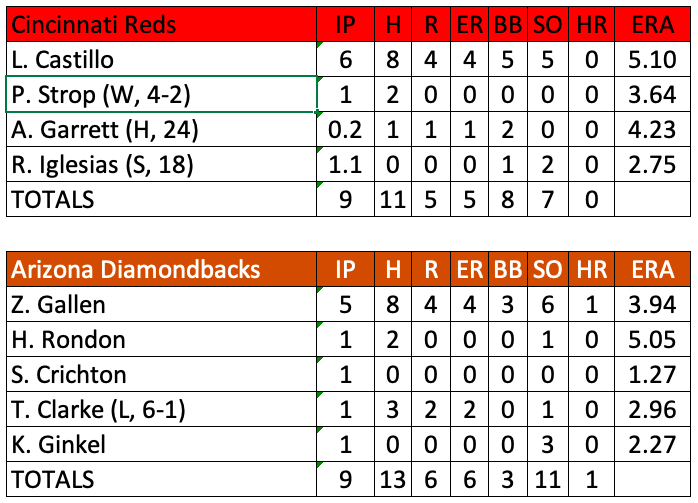 The 2020 schedule has the Reds again at Chase Field in Phoenix Saturday for the second game of a three-game series against the Arizona Diamondbacks. Trevor Bauer pitches for the sim Reds, while lefthander Madison Bumgarner will start for the D-backs.

Since Melvin was the victorious Redleg Nation commenter/manager today, he has priority for Saturday’s lineup. Have fun with this! If you have any questions, please post them in the comment string below. Here are the “managerial records” of our Redleg Nation participants to date: