After being limited to one hit in two of the first three games of the series, sim Reds bats remained largely silent until a three-run fifth inning. Starter and winner Wade Miley led off with a single against Los Angeles starter and loser Dustin May. An out later, Shogo Akiyama walked, Joey Votto singled to load the bases, and Eugenio Suarez delivered home two runs with a single. Mike Moustakas capped the inning by scoring Votto from third on a sacrifice fly.

Leading 3-1 in the top of the eighth, the Reds left little doubt about the outcome of this one by scoring four more times. The first six sim Reds batters in the inning reached base, with the big hit coming from Akiyama, facing former Reds left-hander Alex Wood. With the bases loaded, Akiyama hit a slow grounder to third base that Justin Turner errored by throwing the ball away at first base. The play was scored as an infield hit with one RBI for Akiyama, with Turner’s error allowing the other two runners to score and Akiyama to wind up at third. Phillip Ervin then capped the inning with a sacrifice fly, scoring Akiyama, who had four hits to break out of what had been his first mini-slump of the sim season.

Cincinnati benefited from 10 walks issued by Dodger pitching. Akiyama and Votto, the top two hitters in the order, reached base five times each between hits and walks. The sim Reds touched up their former teammate Wood for four hits and three walks in only an inning and two-thirds of pitching.

The victory allowed the Reds to avoid a four-game series sweep at the hands of the Dodgers.

The Milwaukee Brewers put a bit of distance between themselves and their closest competitors by taking three of four from the Cubs, who now sit two games behind the NL Central division leaders. The Reds are five games behind and in fourth place. 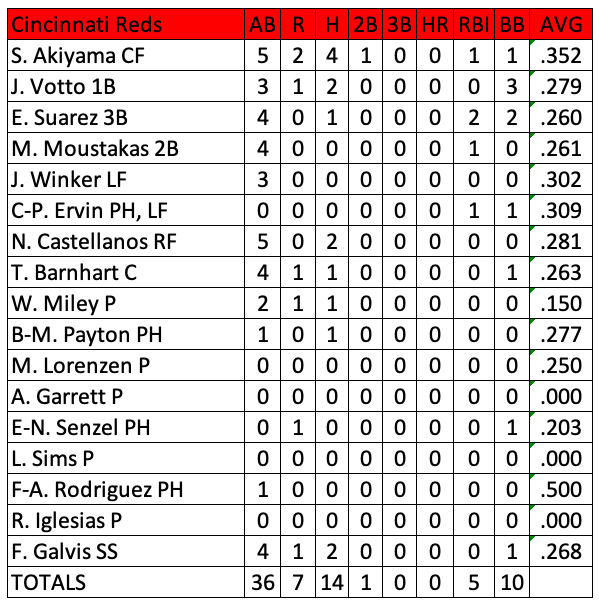 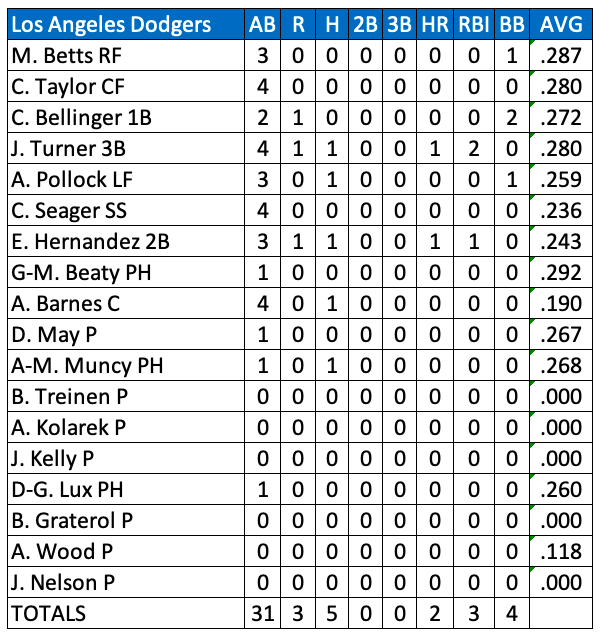 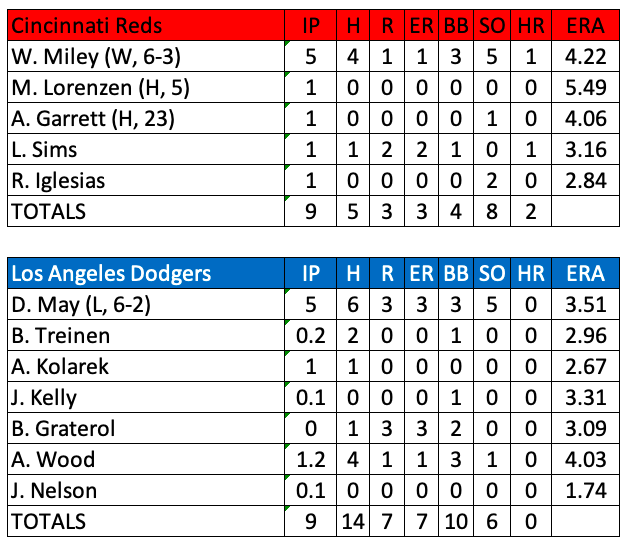 The 2020 schedule has the Reds moving to Chase Field in Phoenix Friday for the first game of a three-game series against the Arizona Diamondbacks. Luis Castillo, author of a one-hit, complete-game shutout his last time out against the Washington Nationals, pitches for the sim Reds. Right-hander Zac Gallen will start for the D-backs.

In case you missed it earlier, two Cincinnati Reds players have tested positive for COVID-19. Neither player arrived in Cincinnati as the players reported yesterday to prepare for the upcoming season. The identity of the players is not yet known, as teams are not allowed to release that information. The players themselves can identify if they choose.

The Cincinnati Reds will be a playoff team in 2020

Those glasses are crushing it, too.

My mustache and I are ready! Baseball is back! #OnAMission pic.twitter.com/q1th1ucxLP

Since Melvin was the victorious Redleg Nation commenter/manager today, he has priority for Friday’s lineup. Have fun with this! If you have any questions, please post them in the comment string below. Here are the “managerial records” of our Redleg Nation participants to date: