For the second time in three days, the Cincinnati Reds (42-45) were limited to one hit by Los Angeles Dodgers (58-29) pitching in a 5-0 loss at Dodger Stadium.

Nick Castellanos’ seventh-inning single off Dodgers starter and winner David Price — activated from the injured list just before the game — was the only Cincinnati hit in the game. Price walked one batter, and the Reds had only three base runners total. (Michael Lorenzen reached on a first-inning error by shortstop Corey Seager.)

Los Angeles scored three in the first off starter and loser Sonny Gray, and that was all they would need. With two out and nobody on, Gray issued a walk to Max Muncy (one of nine walks issued by Reds pitchers). That triggered the three-run rally, highlighted by a two-run double by A.J. Pollock. Gray fell to 1-7 for the season.

Milwaukee reassumed sole possession of first place in the NL Central by scoring seven runs in the ninth inning to defeat the Cubs, 9-3, at Wrigley Field. The Reds are five games behind and in fourth place. 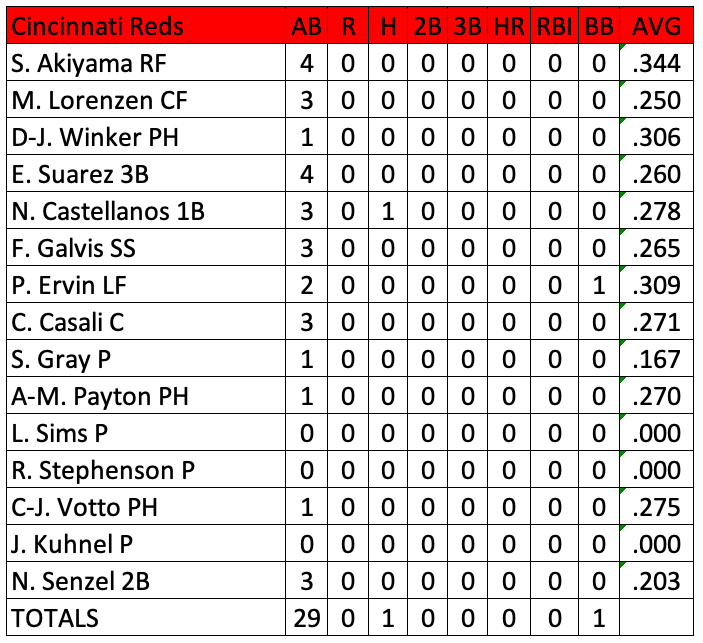 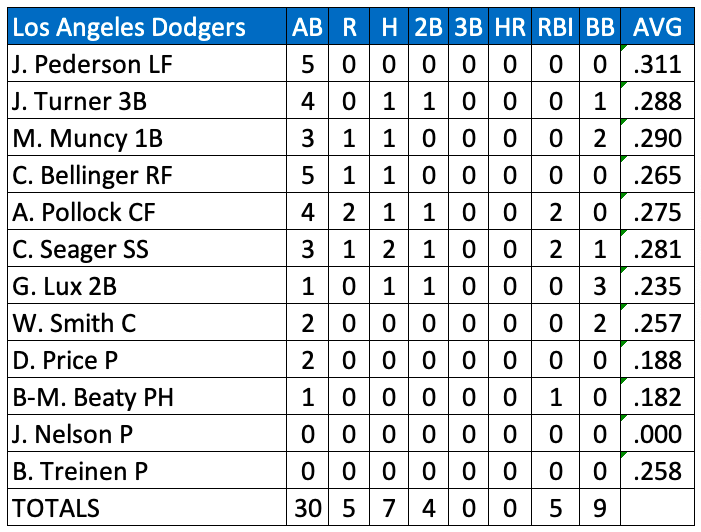 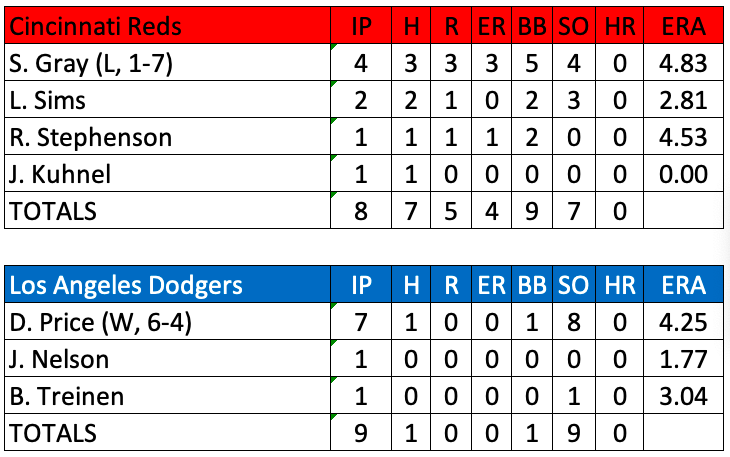 The 2020 schedule has the Reds at Dodger Stadium Wednesday for the final game of the four-game series, hoping to avoid the sweep. Wade Miley pitches for the sim Reds, and righthander Dustin May will start for LA.