Today is the day in which players are set to report to their respective cities around Major League Baseball. That includes the Cincinnati Reds players, some of whom are already in Cincinnati and others who are on their way. General Manager Nick Krall noted to the local media last week that there were no players expected to have issues arriving.

Players are being asked to fill out a questionnaire prior to reporting. Chris Cotillo covers the Red Sox for MassLive.com shared that questionnaire on Tuesday night. I cleaned it up a little bit for a bit better presentation that whatever happened of with the image shared by Cotillo. You can see the cleaned up version below. 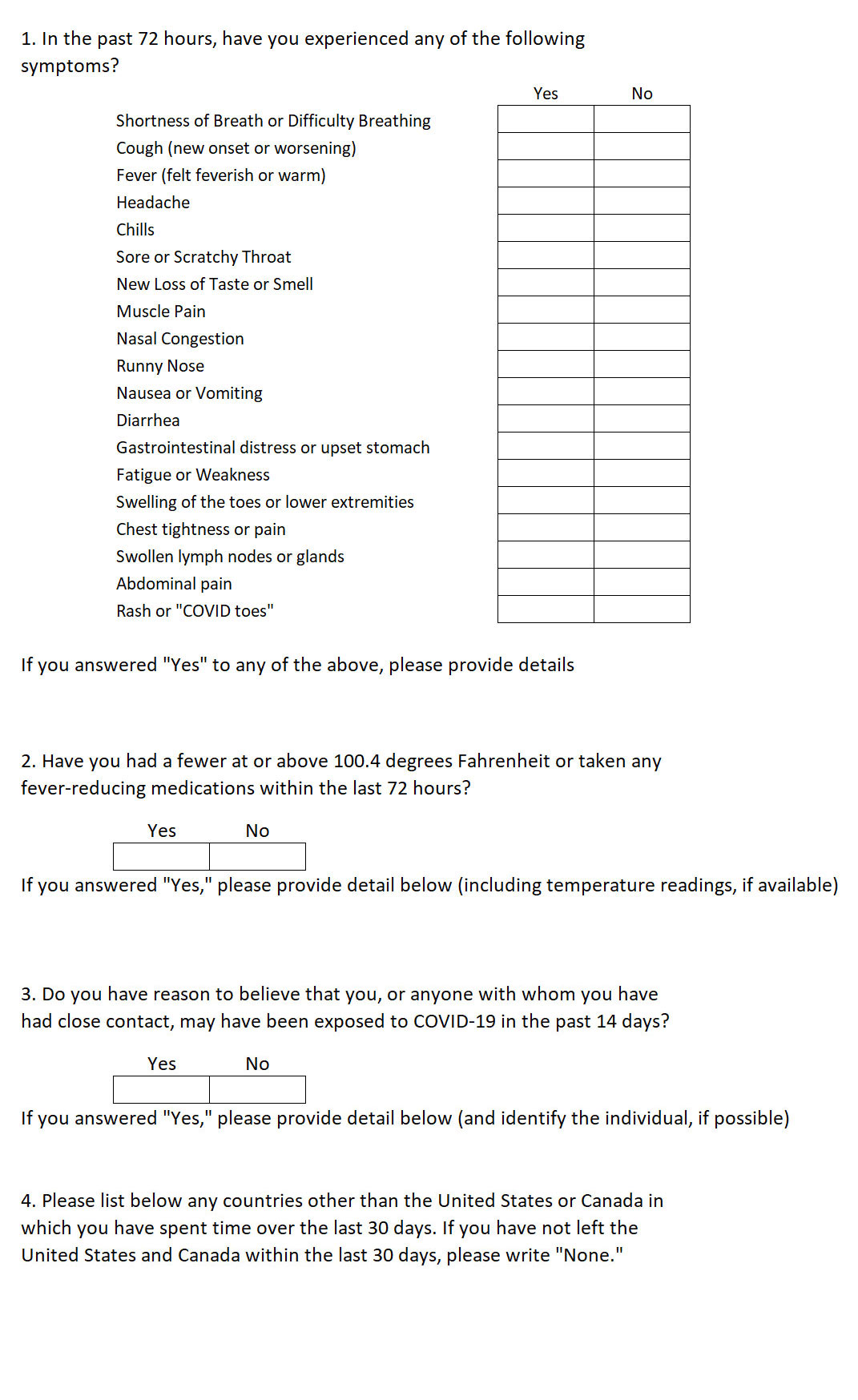 It’s July 1st. Opening Day will either be July 23rd or July 24th for the Cincinnati Reds. Not every team will open up on the 23rd, but there are going to be several games that day, with everyone else beginning their season on the 24th. That’s going to give every team about three weeks to get ready for the season.

With bigger rosters, and teams looking to fill spots, two Reds from 2019 landed deals on Tuesday. Reliever Jared Hughes signed with the New York Mets. Hughes had signed a minor league deal with an invite to spring training with Houston prior to the year, but was released in March.

Matt Kemp, who didn’t spend much time in Cincinnati last season, getting just 62 plate appearances before being released in early May (and then signing with the Mets in late May before being released by the Mets in mid-July). He signed a deal with the Marlins in December, but after not being placed on the Miami 60-man roster, he became a free agent and signed with the Colorado Rockies.

Multiple reports on Tuesday afternoon had statements from Yankees GM Brian Cashman reference rules about the COVID-19 injured list. Cashman noted that teams will not be allowed to disclose whether or not players are on that list and that it would simply be left to everyone in the media (or fans) to guess as to why the player is not available to play.

According to Cashman, teams will not be able to disclose if players are placed on the COVID-19 IL. It would be left to the media and fans to guess why the player is not available.

Joel Sherman of the New York Post explains why this is.

In negotiations with MLB, the union has historically accentuated players’ right to privacy. Thus, it is possible that players who are on the COVID List will just be announced as being on the Injured List and it will be up to individual players whether to disclose the reason.

As part of the Basic Agreement, clubs are allowed for public relations purposes to disclose about employment-related injuries: 1) the nature of the injury, 2) a prognosis and projected absence, 3) the type of treatment/surgery undertaken. So that is why you traditionally hear something from the team such as John Doe suffered a Grade 2 ankle sprain, is expected to miss 4-6 weeks, rehab with no surgery was recommended.