Clayton Kershaw pitched eight innings of one-hit baseball to lead the Los Angeles Dodgers (56-29) to a convincing 8-1 victory over the Cincinnati Reds (42-43) at Dodger Stadium.

The only hit Kershaw allowed was a second-inning home run by Curt Casali that gave the sim Reds a short-lived 1-0 lead. The Dodgers tied it against starter and loser Trevor Bauer in the bottom of the second, and went on to score in four of the final five innings against Reds pitching to leave no doubt as to the final outcome. Second baseman Gavin Lux had four hits and knocked in three runs to lead the LA attack.

Interestingly, it was the second consecutive day the sim Reds were involved in a one-hitter. Luis Castillo pitched one Sunday for Cincinnati in a 13-0 win over Washington. Kershaw improved his record to 12-2, the most wins in the Strat-O-Matic sim league.

After today’s sim games, the Brewers stand alone in first place in the NL Central after their win over the Cubs, as all of the other division member teams lost. The Reds are four games behind and in fourth place. 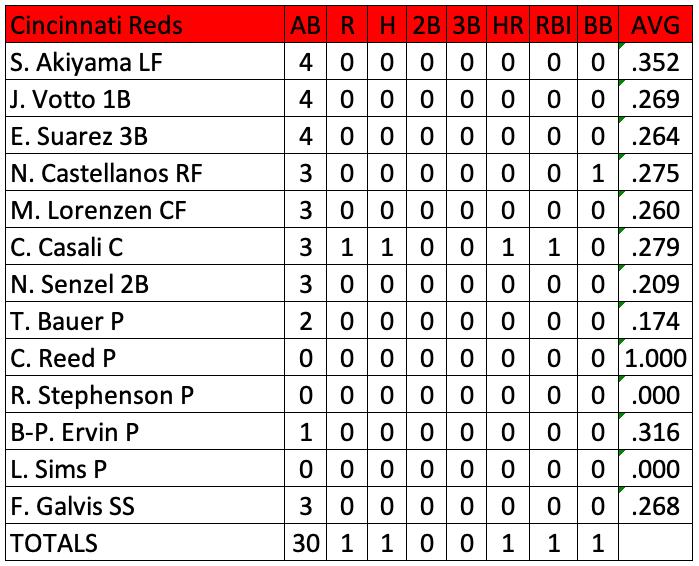 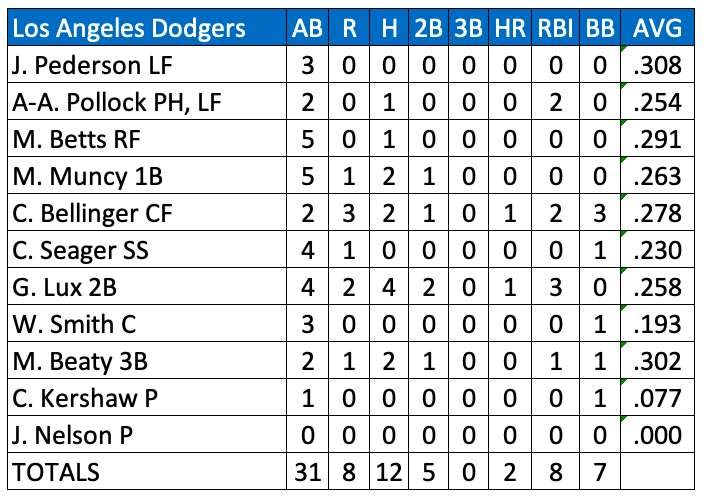 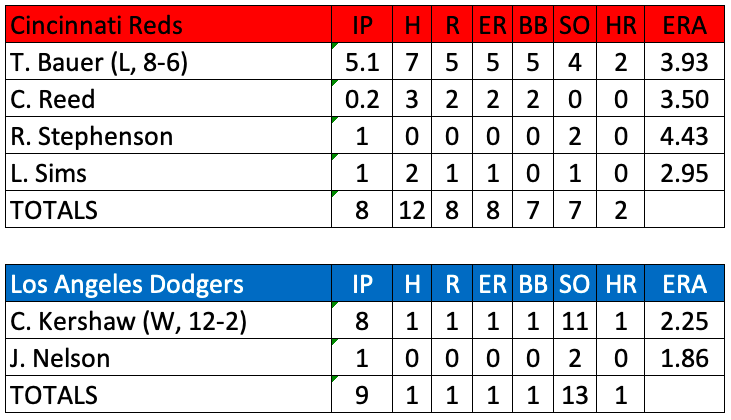 The 2020 schedule has the Reds at Dodger Stadium Tuesday for the second game of the four-game series. Anthony DeSclafani pitches for the sim Reds, and righthander Walker Buehler will start for LA.

Levi Weaver of The Athletic has an interesting breakdown of the 60-man roster transaction rules with regards to 40-man roster players, positive COVID-19 tests and how that works with the 60-man, what would happen in a situation if there’s a “team outbreak”, and more over on twitter in a long thread. If you’re interested in you can see the entire thing right here.

Over at Fangraphs, Craig Edwards also has a piece up with some of the things we learned from the 60-day player pool.

Mike Leake opts out of playing in 2020

Former Cincinnati Reds pitcher Mike Leake is opting to not play in 2020. His agent Danny Horwits put out a statement on the decision for Leake. He will not be paid beyond the initial money paid up front by MLB, leaving roughly $5,000,000 on the table by choosing to not play this season.

Expect the schedule in “about a week”

Bob Nightengale of USA Today is reporting that we should expect to see the Major League Baseball schedule in about a week from today.

Major League Baseball plans to release their 2020 schedule in about a week, waiting until after players report to training camps and undergo COVID tests this week. They'll also check with health/government officials on the status of each #MLB city. The 1st workouts are Friday.