A second-inning two-run home run by Nick Senzel got the Cincinnati Reds (41-42) out to an early lead which they would not relinquish in registering a 4-2 victory over the Washington Nationals (50-33) at Great American Ball Park.

Sim Reds starter and winner Wade Miley held the Nationals to only a run and six hits in five and one-third innings. He was followed by Joel Kuhnel, who pitched two-thirds of a scoreless inning to extend his shutout streak to five and two-thirds innings over six appearances. He’s allowed only three hits and no walks, while striking out five.

After today’s sim games, the Brewers took a one percentage point lead in the division over the Cubs and Cardinals. The Reds are three games behind the three teams in fourth place. 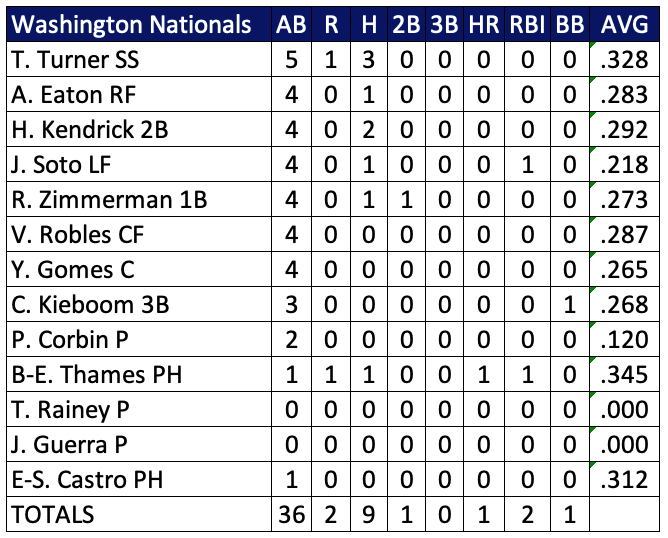 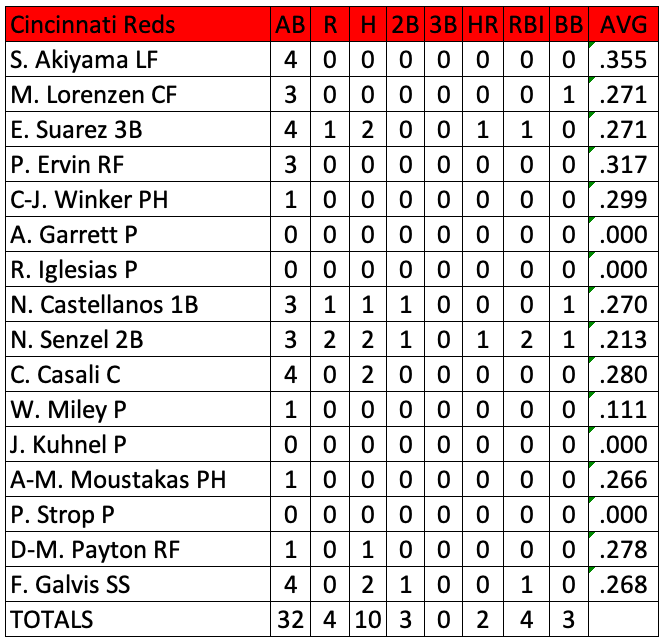 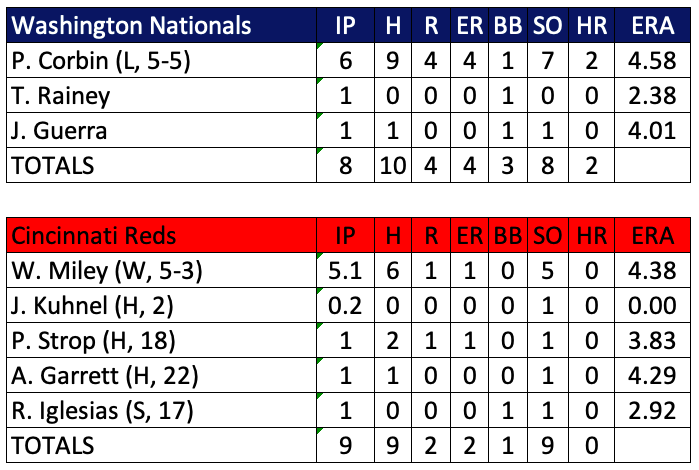 The 2020 schedule has the Reds hosting the Washington Nationals in the rubber game of the three-game set Sunday. Luis Castillo will start for the sim Reds, and right-hander Anibel Sanchez will pitch for the Nationals.

The Reds announced that they’ve signed 3rd, 4th, and 5th round draft picks Bryce Bonnin, Mac Wainwright, and Joe Boyle. With the signing of 1st round pick Austin Hendrick yesterday, Cincinnati only has two draft picks remaining to sign.

2020 could start with the Yankees vs Nationals

Joel Sherman and Andrew Marchand of The New York Post are reporting that the one of the first games of the 2020 season will be on July 23rd when the New York Yankees will head to Washington D.C. to take on the defending World Series champion Nationals – “likely in prime time”, according to the story. This is technically not official yet, as the teams themselves need to verify the schedule – which is expected to happen within the next week. July 23rd will not feature a full schedule of games, but this will not be the only game on the day. The other games, however, haven’t been leaked/released yet for the first day of the regular season.

A shortened season is good news for the Reds

Steven Martano of Beyond the Box Score looked at which teams may benefit the most from a shortened 2020 season and among the teams near the top were the Cincinnati Reds. Looking at the increased playoff odds, the Reds saw a jump from 23.1% to 37.6% – the second biggest jump of any team. Only the White Sox jumping from 18.7% to 36.8% was a larger increase.

Jon Davis has the priority for Sunday’s lineup since he was the winning manager today. Have fun with this! If you have any questions, please post them in the comment string below. Here are the “managerial records” of our Redleg Nation participants to date: