A four-run rally in the top of the fifth inning against Sonny Gray was the deciding factor for the Washington Nationals (50-32) in their 7-5 victory over the Cincinnati Reds (40-42) in the first game of a three-game series at Great American Ball Park.

The sim Reds had tied the score at 1-1 in the bottom of the fourth inning on Gray’s RBI double off Nationals starter and winner Joe Ross. But the visitors responded immediately against Gray, with Starlin Castro’s two-run single being the big hit in the rally.

Relievers Michael Lorenzen and Cody Reed allowed the Nationals to tack on single runs in both of their last two at-bats, and those runs proved important when Cincinnati rallied for three runs in the bottom of the ninth. The big hit was a two-out single by Eugenio Suarez which scored Freddy Galvis, and Shogo Akiyama scored on the same play when Castro committed an error. But the game ended when Nationals closer Sean Doolittle induced Mike Moustakas, representing the tying run, to hit a popup to Castro. 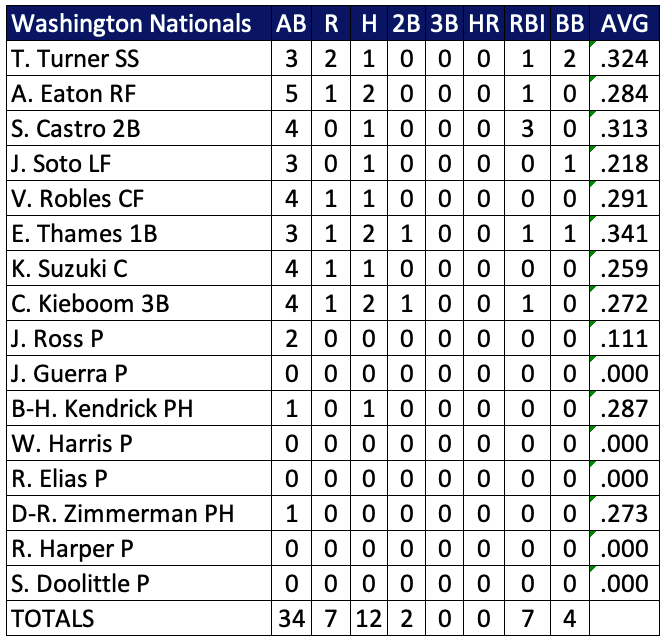 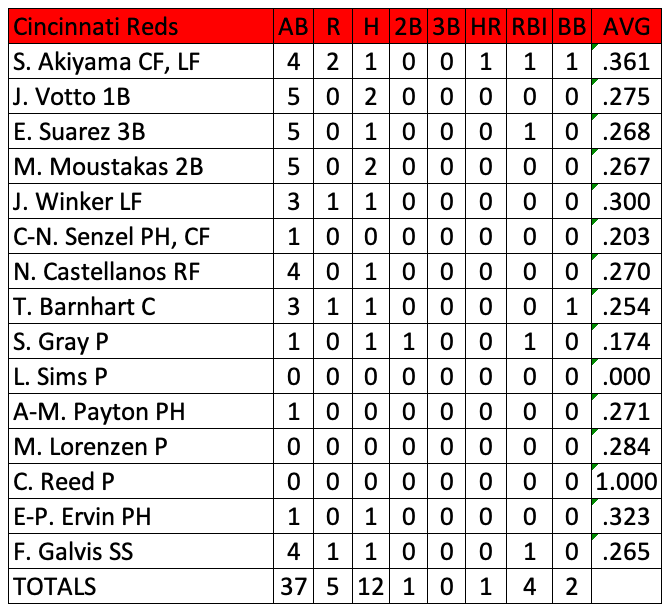 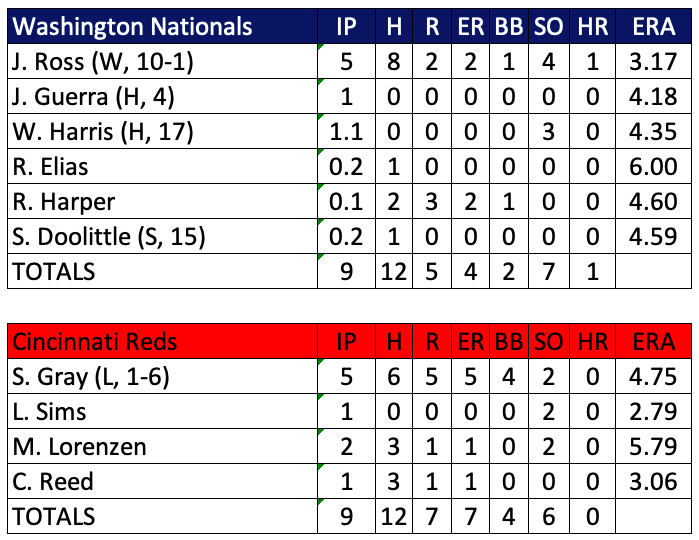 The 2020 schedule has the Reds hosting the Washington Nationals in the second of a three-game set Saturday. Wade Miley will start for the sim Reds, and left-hander Patrick Corbin will pitch for the Nationals.

The Cincinnati Reds have signed 1st round pick Austin Hendrick

Austin Hendrick has signed with the Cincinnati Reds, inking a deal under slot value. The 1st round draft pick is the second player from the Reds draft class to sign, joining 4th round selection Mac Wainwright.

Over at ESPN today, Jeff Passan looks at the 2020 season and where things could potentially go wrong.

It’s important to understand that baseball does not exist in a vacuum. The sport’s reopening will add tens of thousands of interactions, each carrying a level of hazard, every day. The risk for individual players, because of their age and general health, is minimal but still very real. The risk for older employees — managers, coaches, training staff — is far more palpable. The risk for the sport is, quite literally, immeasurable.

There’s a whole lot of stuff from Passan in the article – he addresses 20 different questions/points. It’s a long read, but there’s plenty of information in there that could be worth your time if you’re interested.

Andrew Baggarly of The Athletic decided that each team’s Taxi Squad needed their own name. He had some of his own, and he took some suggestions, too. For the Cincinnati Reds he came up with The Red-dundancies. Some of the other ones are a lot better, but you can only work with so much with each name. Do you have any good ones for the Reds?

Well, it's time to turn off the Twitter machine for the day, barring baseball news. The following document is unlocked, free and available to all. Thanks for helping me crowdsource it.(Credit given where applicable.) pic.twitter.com/CCKorwuACI