Anthony DeSclafani and three relievers combined to hold the Chicago Cubs (42-39) to one run and three hits, as the Cincinnati Reds (40-41) took the rubber game of a three-game set, 4-1, at Great American Ball Park.

DeSclafani’s third-inning wild pitch allowed Ian Happ to score from third base to give the visitors a 1-0 lead, but that would be the end of the scoring for Chicago on this day. Following Joey Votto’s fourth-inning single (his first of three hits), Mike Moustakas launched a Kyle Hendricks pitch over the wall to give the sim Reds a 2-1 lead they would not relinquish.

Jesse Winker’s sixth-inning double scored Votto for a 3-1 lead, and then a Michael Rucker wild pitch allowed Eugenio Suarez to score from third to account for the 4-1 final score. Joel Kuhnel, Amir Garrett and Raisel Iglesias held the Cubbies hitless and scoreless over the final three innings to seal the important divisional victory.

Over the last four games, sim Reds pitching has held opponents to a total of eight runs.

Shogo Aikyama’s 29-game hitting streak came to an end, as he went 0-for-3 after drawing a walk in the first inning. 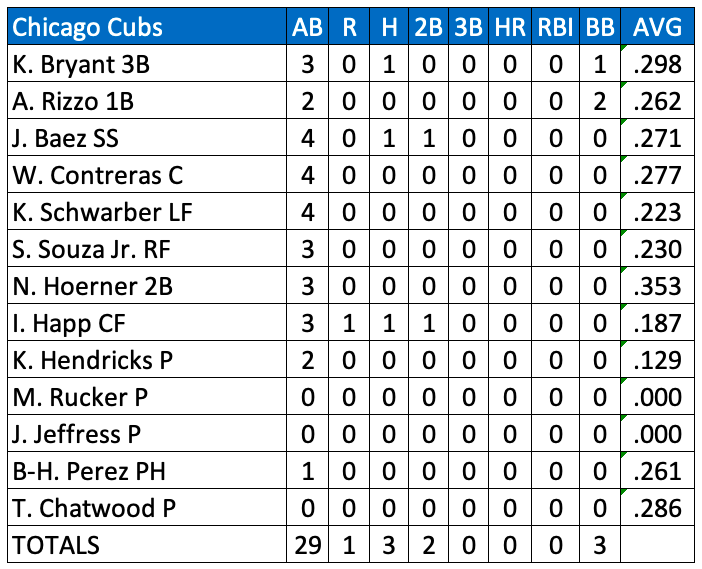 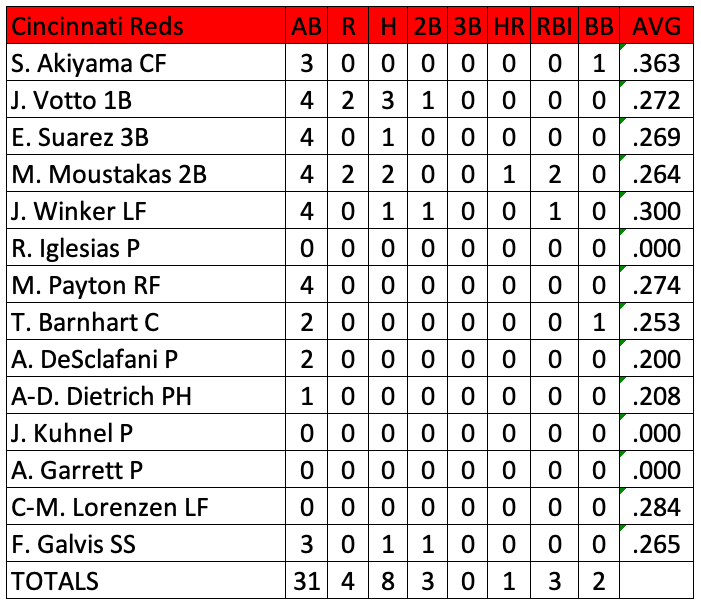 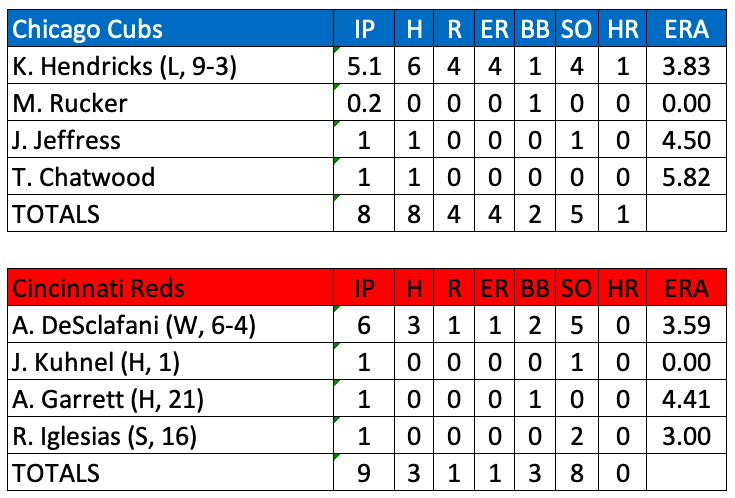 The 2020 schedule has the Reds hosting the Washington Nationals in the opener of a three-game set Friday. Today’s winning commenter/manager Jon Davis will choose between righthander Sonny Gray and lefthander Wade Miley as the starting pitcher. Both Reds starters have at least four days rest since their last start. Right-hander Joe Ross will pitch for the Nationals.

We’re 81 games into the 2020 sim Reds season, which means the halfway point in a typical 162-game season. Some obserations: