Luis Castillo shut out the Cubs through his first seven innings of work in what might have been his best pitching performance of the sim season to date. Castillo’s flash of his potential was the key to the Cincinnati Reds (39-40) scoring a 3-2 win over the Chicago Cubs (41-38) at Great American Ball Park.

The sim Reds got out to a 3-0 lead after six innings, with the runs being delivered on a run-scoring single by centerfielder Michael Lorenzen, and an RBI single and RBI double by Tucker Barnhart.

Before today’s game, winning commenter/manager Don wrote at Redleg Nation, “fingers crossed that Castillo pitches well on 7 days rest.” As it turned out, “La Piedra” rewarded his manager’s finger-crossing. Through the first seven innings, Castillo allowed the Cubs only two hits and two walks. But he appeared to weaken as he started the top of the eighth. Nic Hoerner led off with a walk, and Castillo wild-pitched him to second base. Ian Happ followed with a run-scoring single, and that was it for Castillo. But reliever Pedro Strop got the job done against his former team, inducing pinch-hitter Hernan Perez to ground into a double play and Anthony Rizzo to fly out to prevent further damage.

Raisel Iglesias came on in the top of the ninth, and yielded a leadoff homer to Kris Bryant to pull Chicago within one run. An out later, Iglesias errored a groundball by Middletown native Kyle Schwarber, putting the tying run on base. But Iglesias retired Willson Contreras and Jason Heyward to end the game and earn his 15th sim save.

The victory pulled the Reds within two games of second-place Chicago, and they remain four games behind first-place St. Louis. Cincinnati is 4.5 games behind the second wild-card playoff berth. 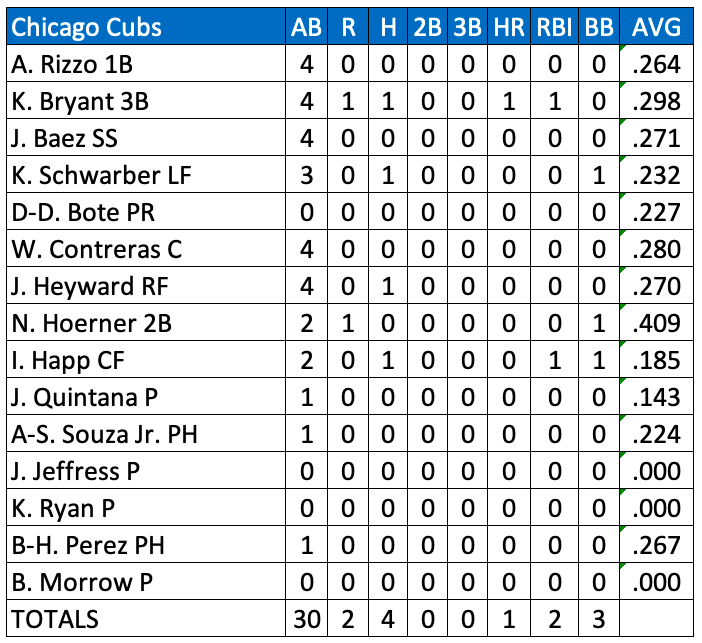 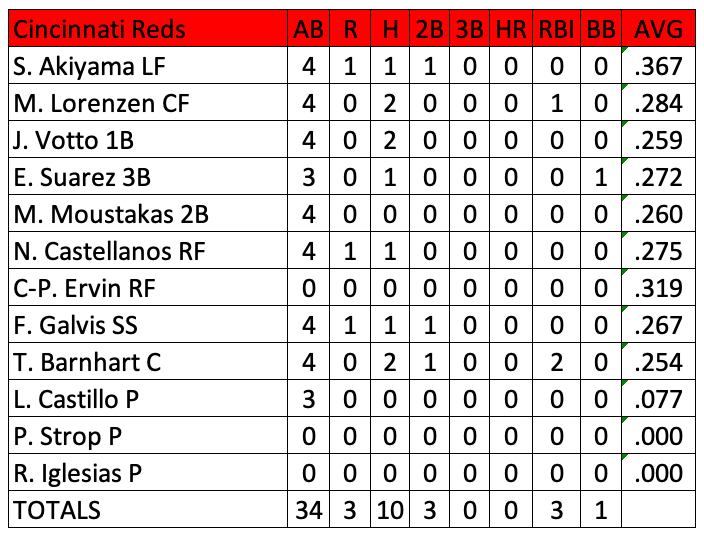 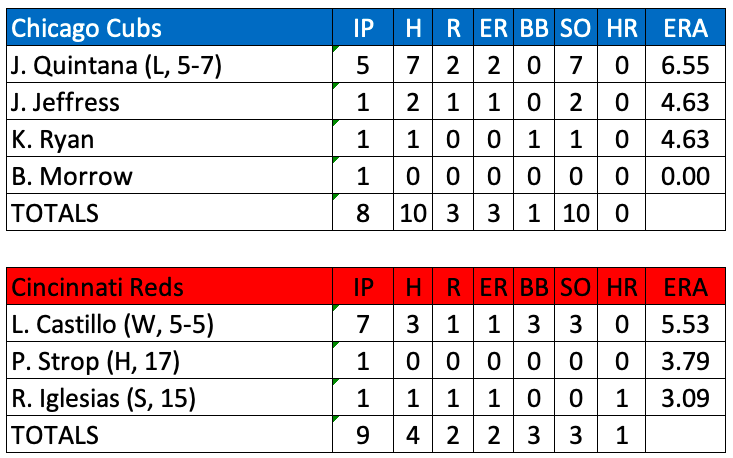 The 2020 schedule has the Reds hosting the Cubs again Wednesday. Commenter/manager Don will choose the Reds starting pitcher between Trevor Bauer, scheduled to come off the 15-day injured list Wednesday, and Sonny Gray, who is the Reds starter with four days of rest. Right-hander Yu Darvish will pitch for Chicago.

Where does José De León fit in?

When the Reds picked up the right-hander back in November, the move was seen as a low-risk, potentially high-reward pick up of a former top prospect. In his first season back after both a flexor mass injury and then Tommy John surgery, the fastball velocity wasn’t quite where it used to be. But that velocity is reportedly back now.

Where does José De León fit in with the Cincinnati Reds?

Rosenthal: No winners in this negotiaton

Over at The Athletic, Ken Rosenthal wrote about how ugly, and at times silly, the negotiations between MLB and the MLBPA were over the last two months.

Whatever happened, the differences at that point should not have been insurmountable. But as usual, the parties retreated into their bunkers and became more hardened in their positions. The union did not simply respond with a proposal for 70 games. It tacked on a series of additional benefits the league considered excessive, particularly after Manfred thought he had the basis of an agreement. The players also offered the clubs certain enticements, but the league saw little point in countering.

According to William Weinbaum of ESPN, 15 teams in Minor League Baseball are reportedly suing five different insurance companies who have rejected insurance claims over “business-interruption” protection claims. One of the teams is the current Reds Double-A affiliate, the Chattanooga Lookouts.