Three early runs by the St. Louis Cardinals (42-35) stood up for an important 3-2 victory over the Cincinnati Reds (38-40) at Busch Stadium.

The sim Reds were hoping for a three-game sweep of the NL Central-leading Redbirds, which would have pulled Cincinnati within two and a half games of the Cards.

St. Louis scored two in the first on a two-run single by Yadier Molina, and the third run in the third inning came on a bases-loaded infield hit by Tyler O’Neill, all off starter and loser Wade Miley.

Eugenio Suarez hit a solo home run, his team-leading 24th, in the top of the fourth, to make it a 3-1 game. It stayed that way until Mike Moustakas’ RBI single in the eighth inning which made it 3-2. But the rally ended when Suarez hit a fly ball out with the tying run on second base.

Shogo Akiyama’s third-inning single extended his hitting streak to 27 games, longest in this sim season by seven games. He now has enough plate appearances to appear in these other league-leading categories:

It would have been very interesting to see his statistics (and the team’s won-loss record) if he had not missed 20 games due to injury. A legitimate argument can be made that he could be considered the best position player in the sim league to date. 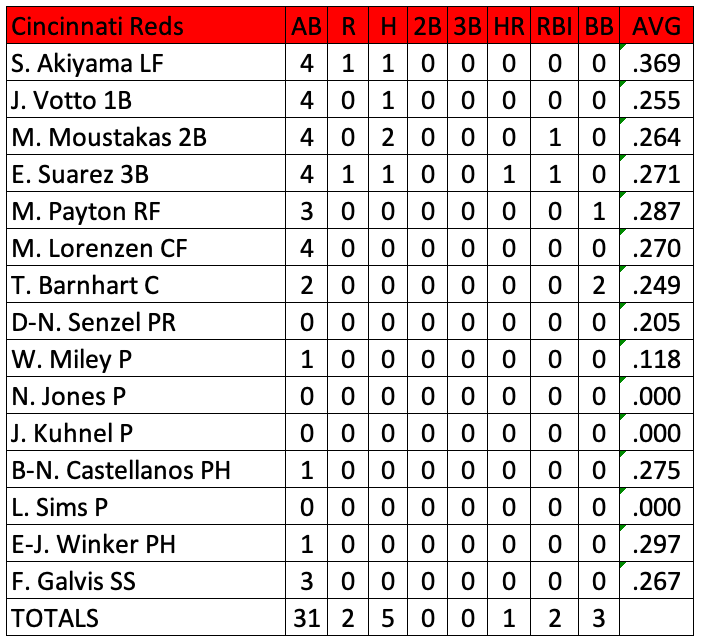 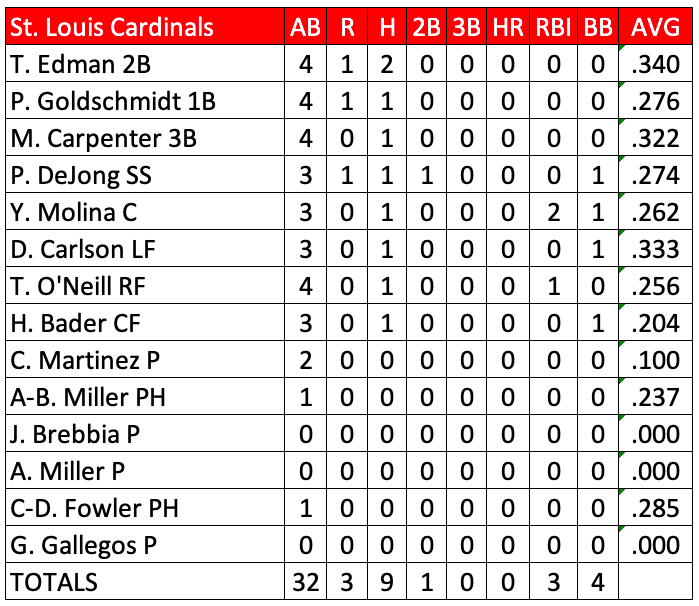 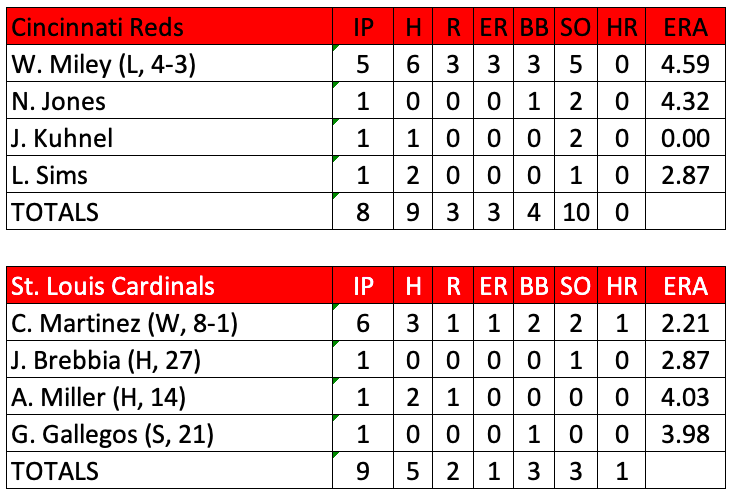 The 2020 schedule has the Reds off Monday, then returning home on Tuesday to take on the Cubs, who have been a particular pain in the side of the sim Reds to date, winning six of eight. Luis Castillo will take the mound for the Reds, and lefthander Jose Quintana will pitch for Chicago.