Tyler Stephenson doubled home Phillip Ervin in top of the 10th inning to lead the Cincinnati Reds (34-36) to an important 7-6 victory over the Milwaukee Brewers (35-34) at Milwaukee’s Miller Park.

Ervin led off the top of the 10th inning with a triple against Brewers reliever David Phelps. After Freddy Galvis struck out, Stephenson struck his double — the biggest hit of his still-young sim Reds career.

The game started poorly for the Reds, as starter Sonny Gray didn’t have his good stuff. Milwaukee led 5-1 after five innings, and Gray was out after four. Cincinnati’s comeback started in the sixth, and it was pretty much all due to porous Brewers defense. Eugenio Suarez led off with a single, then Mike Moustakas hit a fly ball to right that was dropped by right fielder Christian Yelich, putting Reds runners on second and third with nobody out. Two outs later, Stephenson hit a grounder to third baseman Brock Holt, who kicked it, allowing Suarez to score. Then Curt Casali, pinch-hitting for Cody Reed, singled to knock in Moustakas.

Cincinnati came all the way back in the top of the seventh, thanks to a three-run homer by Ervin off Brewers reliever Freddy Peralta to take a 6-5 lead.

Milwaukee responded in the bottom of the eighth, as the first three hitters who Amir Garrett faced all reached him for hits, tying the game at 6-6. But Michael Lorenzen, who has had a rocky year in relief, had perhaps his finest outing today. Entering the game with runners on second and third and nobody out and the game tied, Lorenzen slammed the door against the heart of the Brewers batting order. Lorenzo Cain grounded out with the runners not advancing, then Luis Urias hit a fly ball that was not deep enough to score the run from third. Yelich was walked intentionally, and Keston Hiura grounded out to end the inning.

Lorenzen also pitched the bottom of the ninth, holding Milwaukee scoreless, and received credit for the victory. 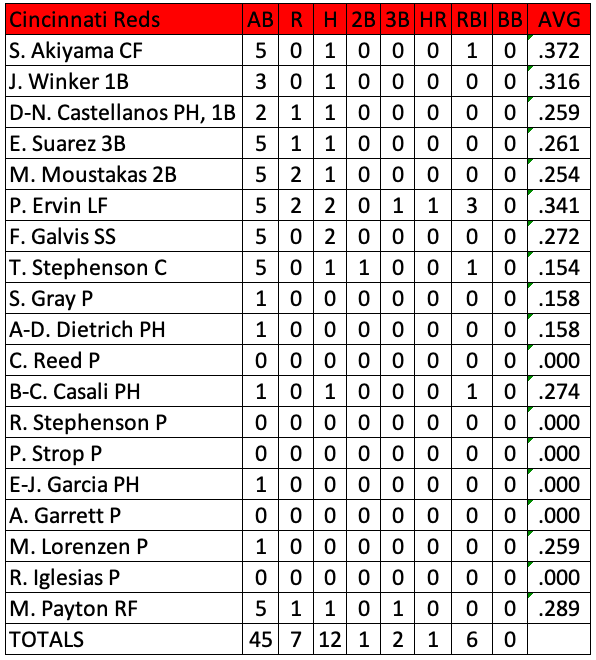 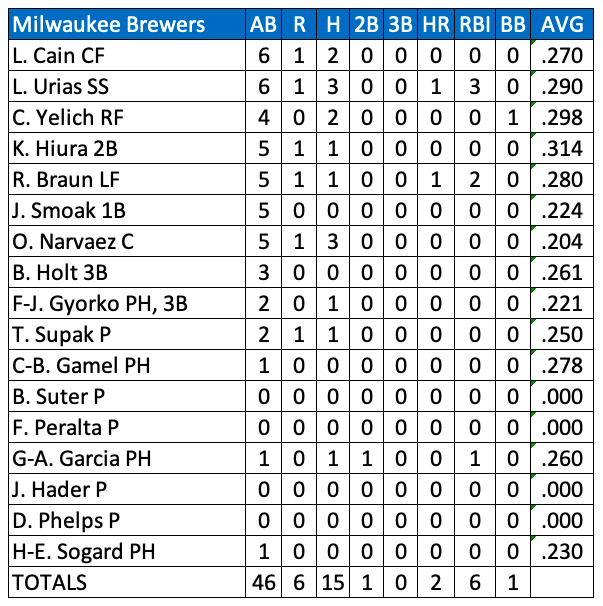 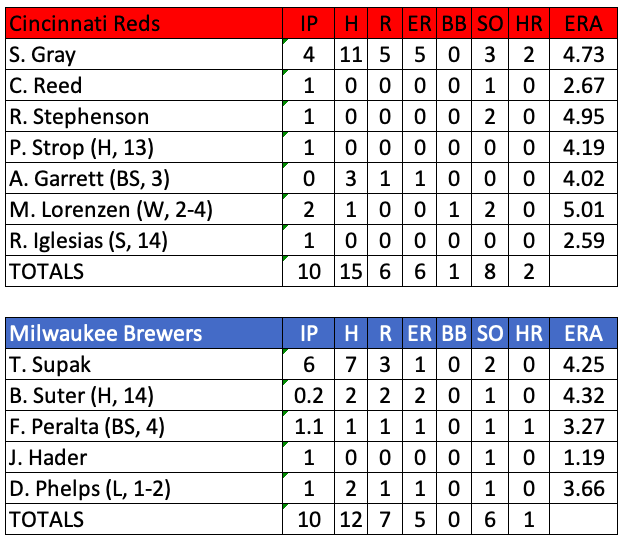 The 2020 schedule as currently constituted has the Reds in Milwaukee Saturday for the second game of a three-game series at Miller Park. Today’s Redleg Nation winning commenter/manager Redsfan4life will announce the starting pitcher for the Reds later Friday, while right-hander Josh Lindblom will pitch for Milwaukee.

More on the Cincinnati Reds Draft

Over at RedsMinorLeagues.com Doug Gray has provided full scouting reports, videos, stats, and quotes from all six of the players selected by the Cincinnati Reds in the 2020 Major League Baseball Draft. So if that’s the thing you are looking for more information on, here’s the link. If you’re interested in just a bit of a recap on the draft by the organization, then check out the piece here at Redleg Nation from this morning.

About that NBA bubble plan…..

Remember how quickly Major League Baseball players shut down the idea of playing in a “bubble” in Arizona or a combination of Arizona and Florida? Well, it seems that the NBA, who decided that they could have a bubble in Orlando at one of the Disney resorts didn’t exactly get full approval of that plan from the players and there could be a snag according to Howard Beck, the Senior NBA Writer at Bleacher Report.

There's growing concern re NBA's bubble plan. Players want more freedom of movement while in Orlando. One agent estimates that 2/3 of the top 40 would refuse to play under the proposed restrictions. https://t.co/IrM5MHPu5e

It seems that Major League Baseball may not be the only league with a hiccup or five to get through in order to get back to playing.

Alex Cora isn’t backing down from his involvement in the Trash Can Sign Stealing for the Houston Astros, but in speaking with Marly Rivera of ESPN he wants to be sure to remind everyone that it wasn’t just him and Carlos Beltran that were involved.

If there is one thing I am absolutely sure of, it is that it was not a two-man show. We all did it. And let me be very clear that I am not denying my responsibility, because we were all responsible.”

That bus that just drove by? Alex Cora just tossed everyone under it. 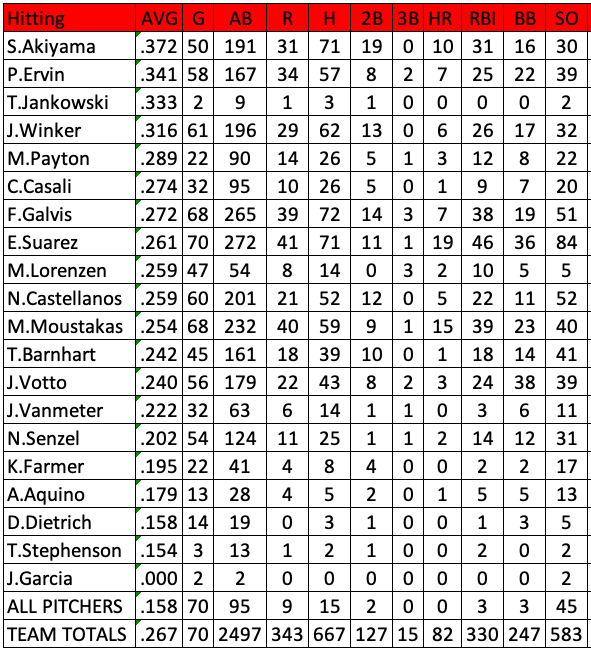 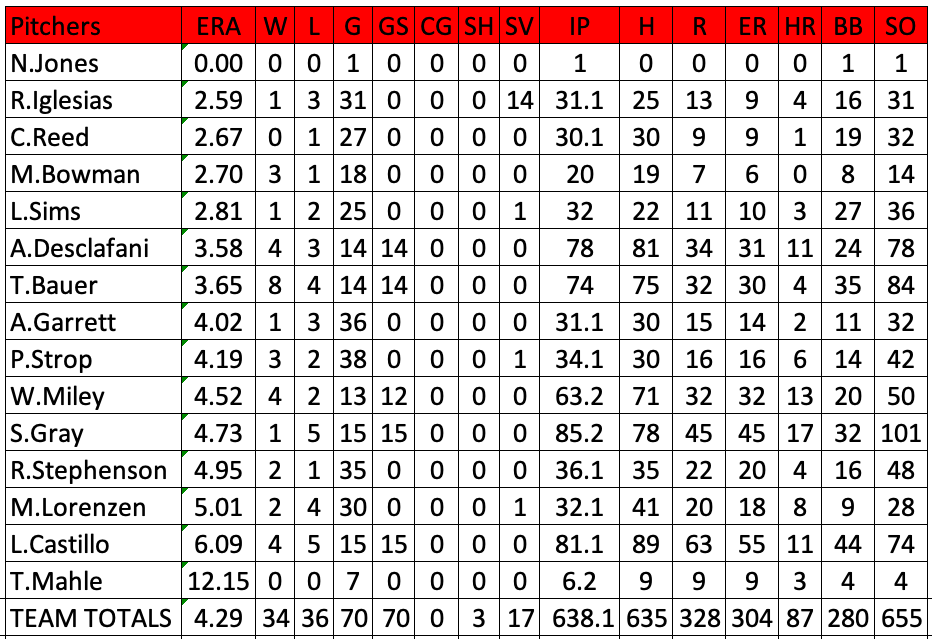 Redleg Nation commenter/manager Redsfan4life will have priority on the lineup for Saturday because he was the winning manager Friday. Have fun with this! If you have any questions, please post them in the comment string below. Here are the “managerial records” of our Redleg Nation participants to date: