A costly error by Eugenio Suarez led to two unearned runs scoring for the Los Angeles Dodgers (45-23), which were the difference in a 7-5 win over the Cincinnati Reds (33-36) at Great American Ball Park.

The sim teams traded three-run homers in the early going. Cody Bellinger blasted one against starter and loser Luis Castillo in the top of the first inning. In the bottom of the second, Mike Moustakas — who is hotter than the surface of the sun — sent one soaring into the GABP seats off Dodger rookie right-hander Tony Gonsolin, his 15th of the sim season.

LA came right back in the top of the third. Joc Pederson led off against Castillo with a solo shot. After Castillo retired the next two batters, Bellinger and Justin Turner singled. Corey Seager then hit a grounder which Suarez committed an error on (his team-leading 13th), loading the bases on what should have been the third out. Two more Dodger runs then scored on a bases-loaded walk and a single by Will Smith. In the end, those two unearned runs were key in LA’s two-run margin of victory.

The sim Reds scored single runs in the third and fourth on a Jesse Winker solo shot and a Shogo Akiyama RBI single, respectively. But the Dodger pitching almost completely shut them down thereafter.

Akiyama’s hit extended his hitting streak to 18 games, best on the sim Reds this season. Winker and Tucker Barnhart were the only Reds starters with more than one hit. 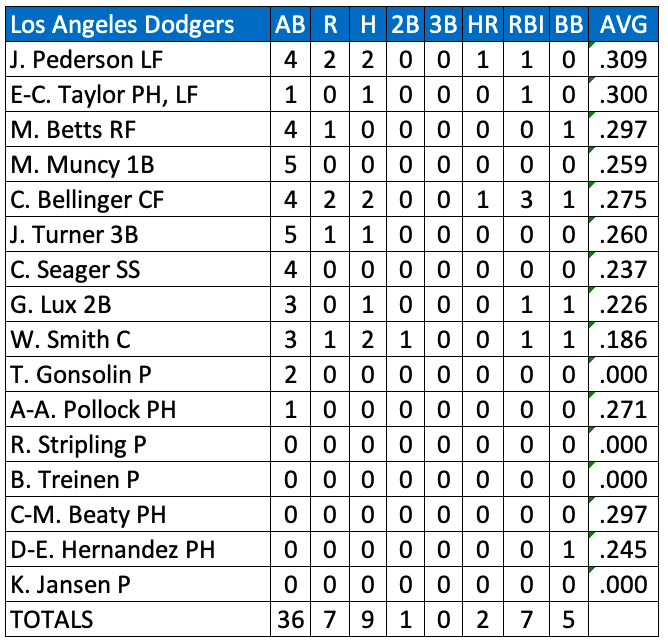 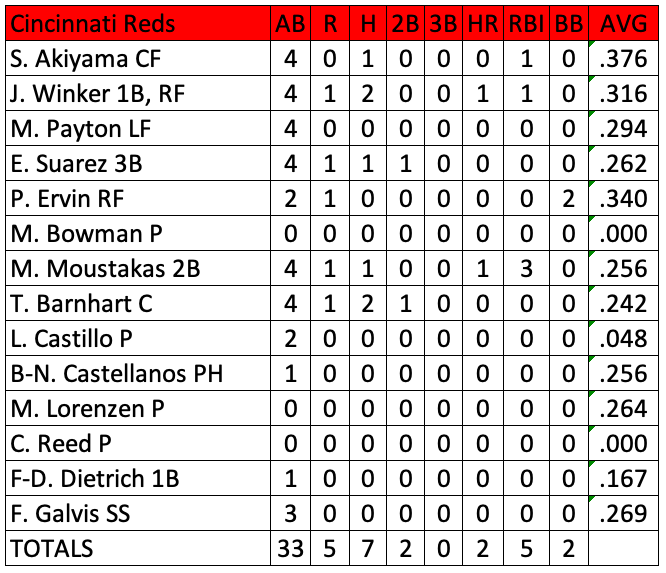 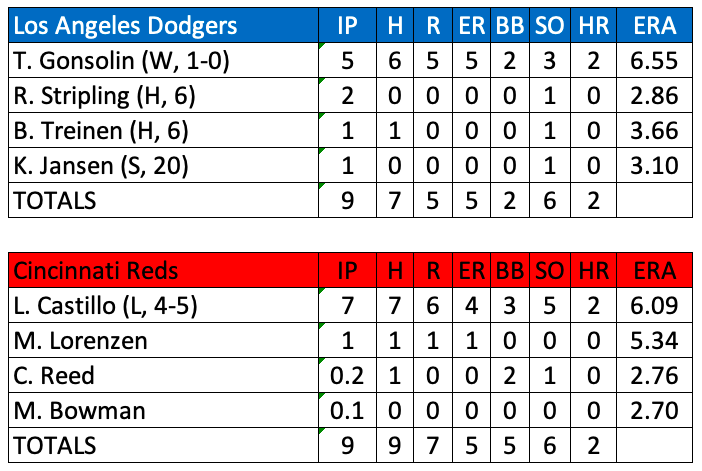 The 2020 schedule as currently constituted has the Reds traveling to Milwaukee Friday for the first game of a three-game series at Miller Park. Sonny Gray will pitch for the Reds, and right-hander Trey Supak will pitch for Milwaukee.

While there was a post here at Redleg Nation this morning about Austin Hendrick, over at RedsMinorLeagues.com there’s a little more on the Reds 1st round pick from last night, including some more video as well as quotes from Director of Amateur Scouting Brad Meador on what the team saw in Hendrick that made him their guy.

Craig Edwards says that the players took a big step on Wednesday with their latest proposal to Major League Baseball.

The players made a significant move towards compromise with their offer yesterday. It’s now up to the owners to make an offer that reflects that compromise rather than just making the same offer with the numbers rearranged that still results in a billion dollar pay cut for the players. There might cause some difficulty within the ownership ranks given the financial disparity between teams, but it is clear owners aren’t going to be able to make a deal that makes all the owners happy. The supposed 54-game backstop for the owners is significantly better than any offer they’ve made thus far, and the next step forward needs to reflect that reality. 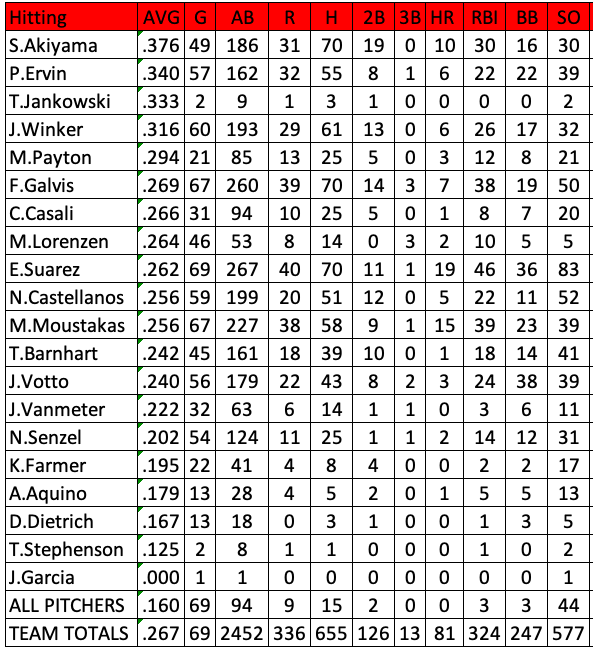 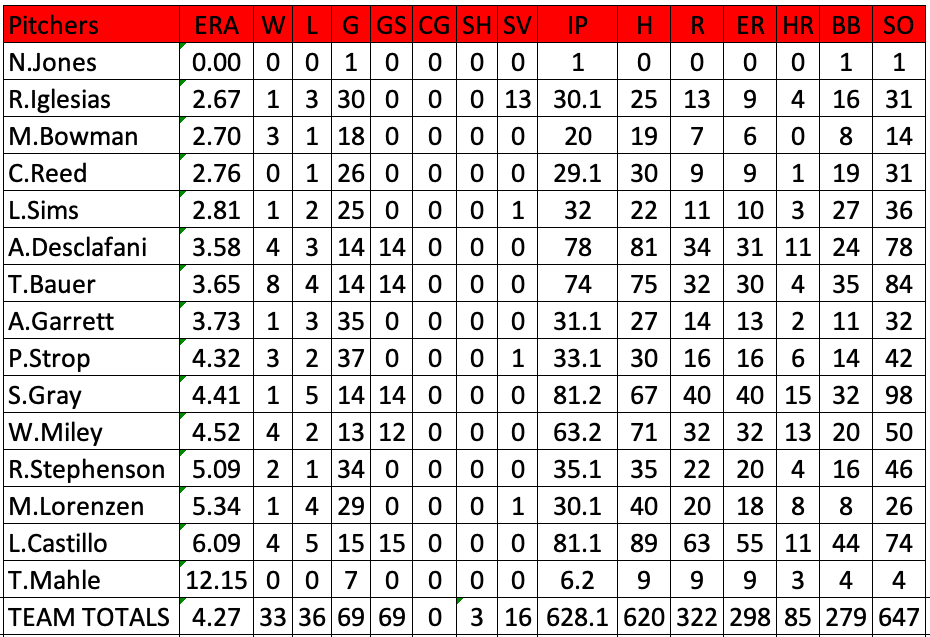