Mookie Betts’ two-out run-scoring double in the top of the 13th inning off Cody Reed was the difference as the Los Angeles Dodgers (44-23) defeated the Cincinnati Reds (33-35) by an 8-7 score in 13 innings at Great American Ball Park.

Nineteen pitchers were used between the two teams in this sim game, which might be close to some sort of major league record. The lead changed hands five times, and the home crowd at GABP was treated to a stirring bottom of the ninth inning comeback by the sim Reds to tie the game and send it to extra innings.

The use of multiple pitchers got started in the first inning. Leadoff hitter Michael Lorenzen grounded out for the first out of the top of the first, but Dodgers starter David Price was injured on the play and removed. He was replaced by former Red Alex Wood, who finished out the first five innings.

With the Reds trailing 3-1 after six and a half innings, the sim Reds jumped on LA reliever Joe Kelly. Jesse Winker reached on an error by second baseman Enrique Hernandez. Mark Payton drew a walk, and steady Freddy Galvis drove one over the wall to give his team a 4-3 lead. But the Dodgers came back with three in the top of the eighth off Amir Garrett, and another in the ninth off Pedro Strop to take a 7-4 lead headed to the bottom of the ninth.

Facing Dodger relief ace Kenley Jansen, Lorenzen led off by reaching on an error on shortstop Corey Seager. Phillip Ervin then launched one over the fence to bring the sim Reds within one, and with two out, the en fuego Mike Moustakas blasted one out of GABP to tie the game and send the sim crowd — reported by Strat-O-Matic as 23,136 — into a sim frenzy.

After the Dodgers took the lead in the top of the 13th on Betts’ double, Tucker Barnhart doubled off former Brewer Jimmy Nelson with one out to put the tying run in scoring position. But Galvis and Lorenzen were unable to reach Nelson for hits, and Barnhart was left at second.

Infielder Jose Garcia made his Reds sim major league debut in a 12th-inning pinch-hit appearance, but struck out. Nate Jones made his sim Reds debut in a relief pitching role and pitched a scoreless top of the seventh inning. Shogo Akiyama had two hits to extend his hitting streak to 17 games. Ervin’s three hits were the most by a Red in the game. 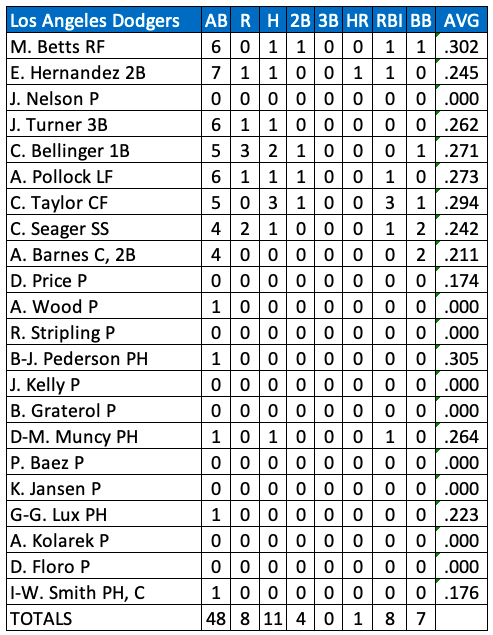 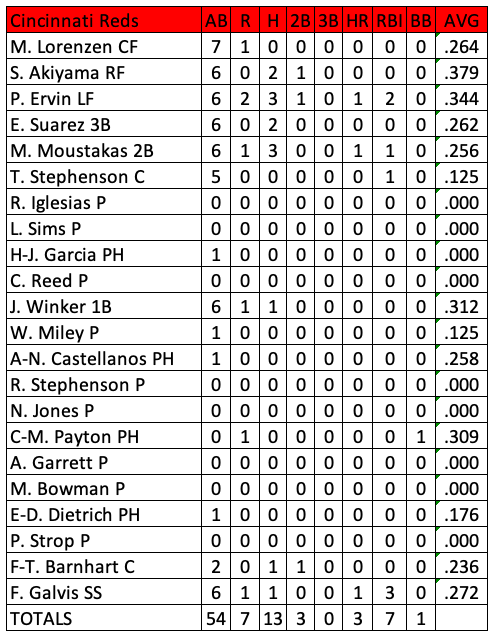 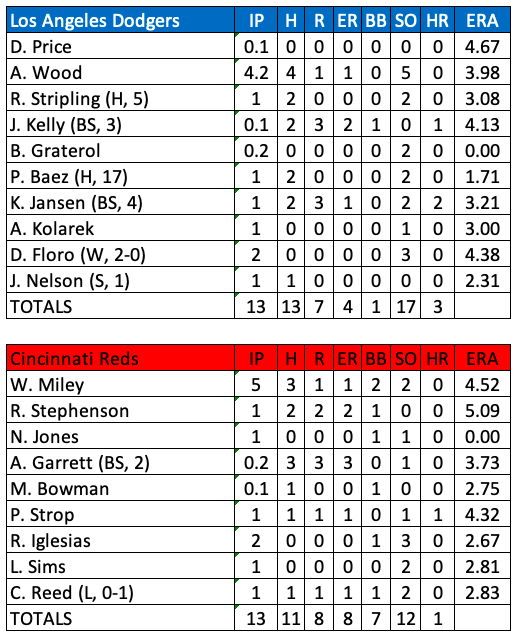 The 2020 schedule as currently constituted has the Reds playing the rubber game of the three-game series at Great American Ball Park Thursday against the Los Angeles Dodgers. Luis Castillo will pitch for the Reds, and righthander Tony Gonsolin will pitch for Los Angeles.

Cincinnati sportswriter Lonnie Wheeler passed away on Tuesday at age 68. He had worked at both the Cincinnati Enquirer and the Cincinnati Post, as well as USA Today. Wheeler authored at least a dozen books in his career, mostly about baseball. He worked with Mike Piazza, Bob Gibson, and Hank Aaron on books about their careers. His latest book, The Bona Fide Legend of Cool Papa Bell is due to be out in February of next year.

The Reds HOF is opening back up next week

#Reds Hall of Fame and Museum will reopen to the general public on June 20. It will open to members beginning Saturday, June 13. Hours of operation are Wednesday through Sunday from 10 a.m. to 5 p.m. (Closed Monday & Tuesday). 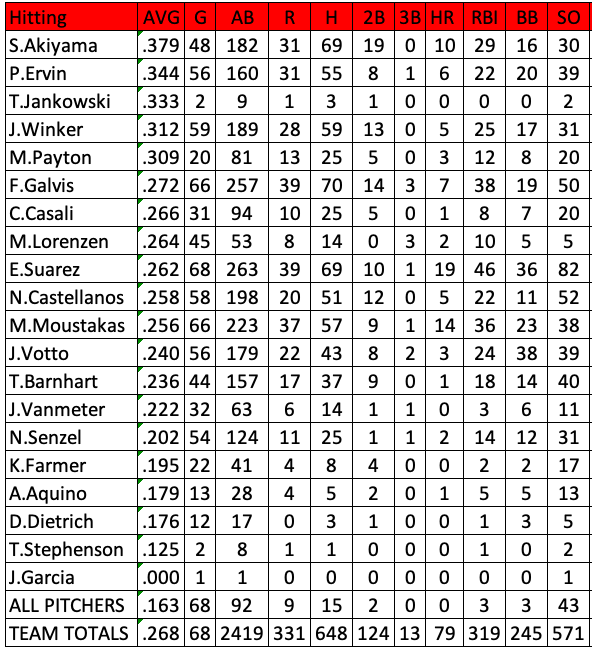 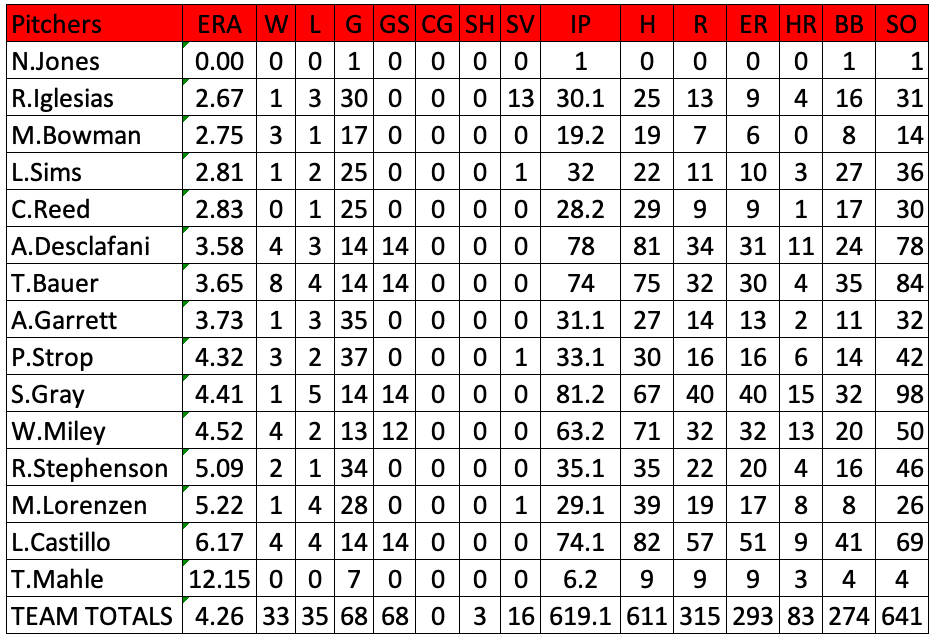