Shutdown pitching over the final eight innings against the team with the best record in the National League led the Cincinnati Reds (33-34) to a 4-2 victory over the Los Angeles Dodgers (43-23) at Great American Ball Park.

Sim Reds starter Anthony DeSclafani allowed three hits and two runs (on Justin Turner’s two-RBI double) in the top of the first inning. But after that, he and three relievers completely locked down the powerful Dodger attack on only two hits and two walks over the final eight innings.

In the bottom of the fifth, Reds catcher Tyler Stephenson, making his sim Major League debut, led off with a single (his first sim Major League hit) and was advanced to second on a bunt by DeSclafani. Steady Freddy Galvis then put one over the wall against Dodger starter Walker Buehler to tie the score at 2-2. One inning later, Jesse Winker reached Buehler for a leadoff single, and Mike Moustakas — on a recent power surge — launched longball number 13 to put his team ahead for good.

After DeSclafani completed six innings, Pedro Strop, Amir Garrett and Raisel Iglesias held LA to only a seventh-inning single by A.J. Pollock and a ninth-inning walk to Turner the rest of the way.

The win was the sim Reds’ second straight after a four-game losing streak. Redleg Nation winning commenter/manager BK improved his record to 9-4. 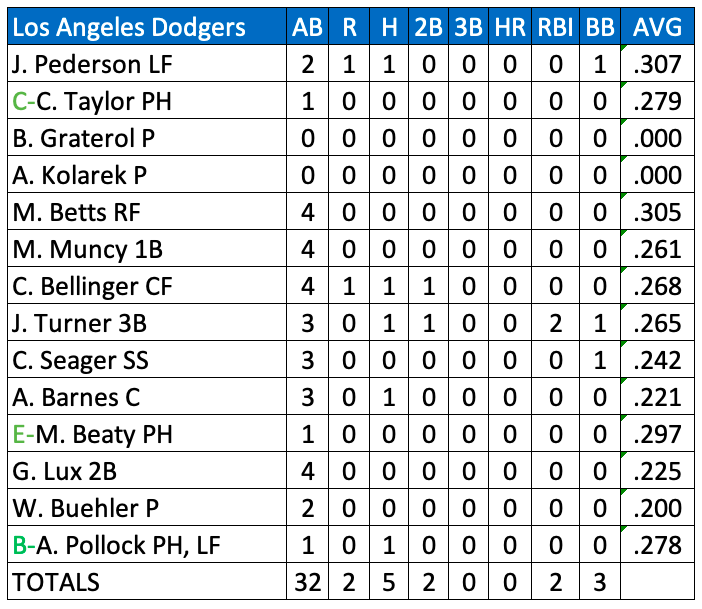 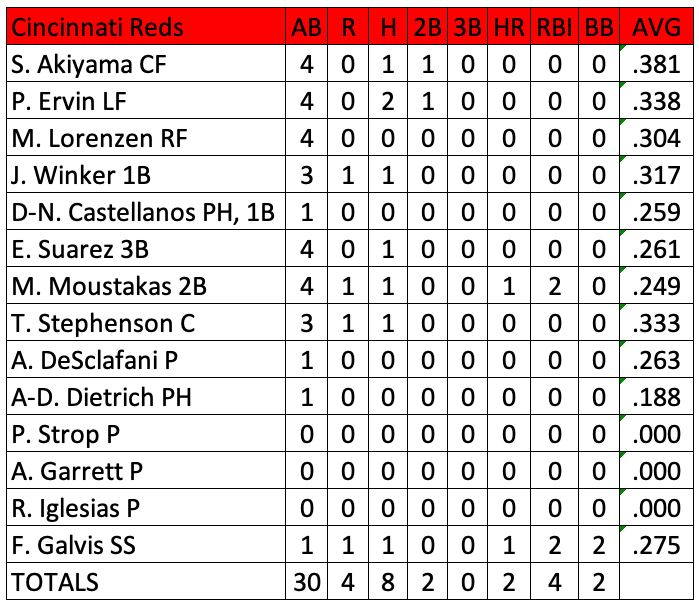 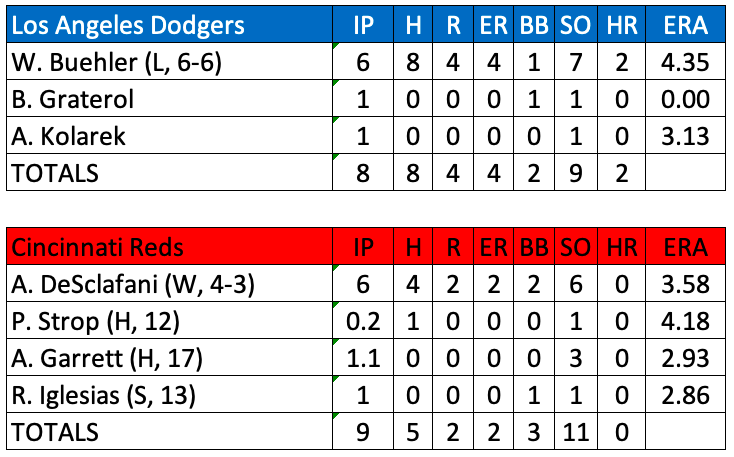 The 2020 schedule as currently constituted has the Reds playing game two of the three game series at Great American Ball Park Wednesday against the Los Angeles Dodgers. Wade Miley will pitch for the Reds, and lefthander David Price will pitch for Los Angeles. 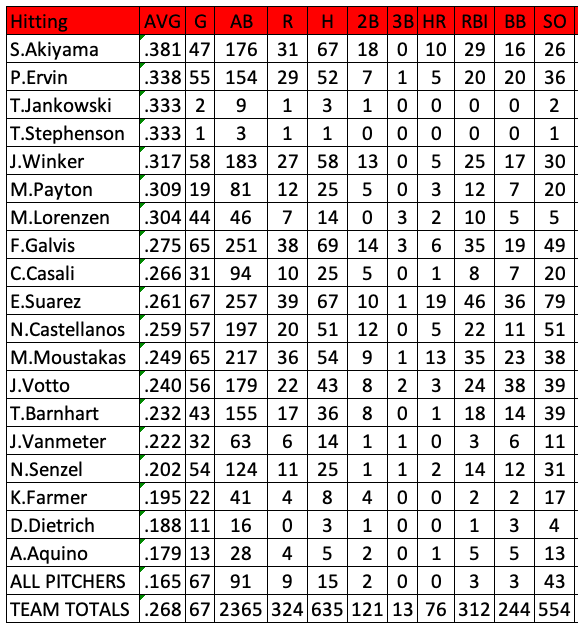 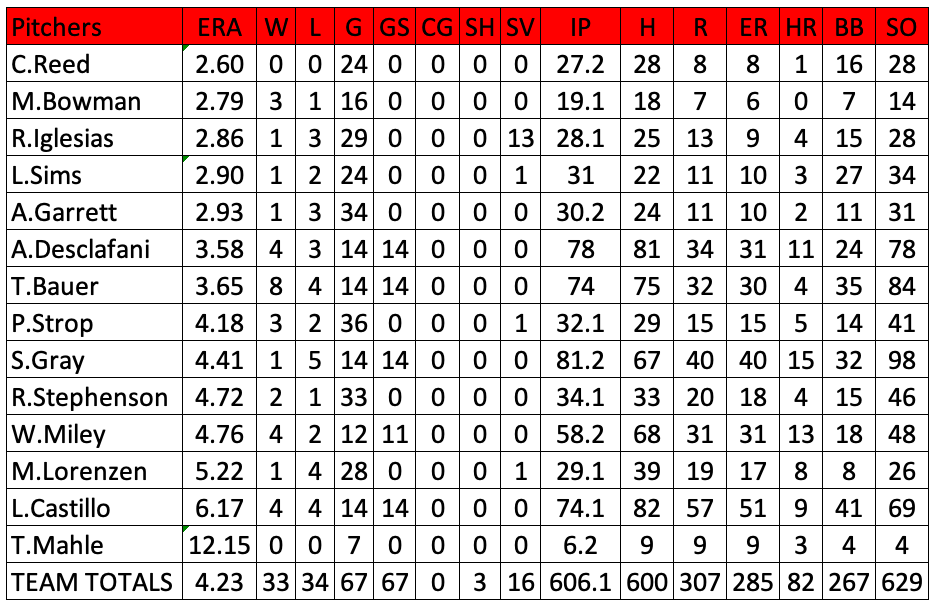 BK has priority for Wednesday’s lineup vs. the Dodgers since he was a winner today. Have fun with this! If you have any questions, please post them in the comment string below. Here are the “managerial records” of our Redleg Nation participants to date: